The Blanton Student Observatory was gifted by Mr. and Mrs. J. W. Blanton in 1934. It was originally constructed on the land where the Fondren Science Building now sits. It was moved between 1945 and 1946 to its present location behind Dallas Hall, “high on the hilltop.” When the observatory was built, the campus and surrounding neighborhood was much darker at night making it a perfect location for late-night Astronomy lessons.

Despite the lit streets nearby, the observatory is still used by the Physics and Geology departments. The Blanton Student Observatory has a rotating roof that opens and houses a telescope built in 1910. The telescope is still in excellent working condition and on clear, dry nights students can use it to watch the night skies.

The SMU Carillon resides in the cupola atop the Fondren Science Building, home of the departments of Chemistry and Physics. It is a two-octave carillon with twenty-five bells; the largest of which weighs four tons. The SMU Carillon was gifted by the 1952 June graduating class and comes from a foundry in Holland, a region where the instrument is commonly installed in church towers and municipal buildings. The carillon is played by pressing foot- and hand-operated keyboards that correlate with metal clappers that, in turn, strike the bells. The tone that emanates from the instrument mirrors the intensity with which the keyboards are pressed.

Professor Emeritus and Chief Marshal Emeritus Dr. Lorn Howard established the tradition of having the Carillon played before academic ceremonies and other special events throughout the year. The SMU Carillon Guild continues this tradition. Former Provost, Professor Ross Murfin is a skilled carillonneur.

The SMU Carillon is played daily using an automated program. Monday through Friday the Westminster Chimes tune can be heard throughout campus at 12:00 p.m. and at 5:00 p.m.

At noon on Thursday, September 24, 2015, the SMU Carillon joined 30 United Methodist churches across Texas in a celebratory bell ringing as part of SMU’s Centennial Commemoration. The bells rang 10 times, once for each decade of SMU's existence, followed by celebratory peals. This highlighted SMU’s relationship with the founding Methodist Church, its surrounding community and 100 years of accomplishments by students, faculty and alumni. The  commemoration ceremony began at 10 a.m. with a change ringing ceremony, a celebratory bell tradition that dates to the Middle Ages. In “change ringing,” the bells produce a series of mathematical patterns called “changes” rather than a conventional melody. Members of SMU's Carillon Guild performed 100 mathematical sequences on the SMU carillon.

Conventional wisdom holds that Southern Methodist University opened the doors to Dallas Hall to its first students on September 28, 1915, offering classes in the liberal arts, theology and the fine arts. What is sometimes forgotten is that even though this date is heralded as SMU’s first day of classes, these students were not the first ones to attend the University. In fact, by 1915, SMU had already opened and closed its first school, SMU’s College of Medicine. Formerly Southwestern Medical College in Georgetown, Texas, SMU assumed control of the medical college in the fall of 1911. Housed near downtown Dallas at 1420 Hall Street, the medical college, which also included a pharmaceutical school, instructed approximately 100 men in the disciplines of anatomy, medicine, surgery and eye, ear, nose and throat. By 1914, the medical school was granted the prestigious Class A ranking by the American Medical Association, placing it among some of the finest medical colleges in the country. Despite its successes, SMU’s Board of Trustees made the financial decision to close the school after the 1914-1915 school year, so that it could better concentrate its resources on its liberal arts program.

During its brief tenure, SMU’s Medical College graduated four classes. One of its graduates in the Class of 1913 was John William Macune, whose diploma hangs above.

The son of a physician and Methodist minister, John William Macune was born on January 9, 1882, and grew up in Cameron, Texas, a small town southeast of Temple, Texas. After receiving his medical degree from SMU in 1913, Dr. Macune served as a First Lieutenant in the Army Medical Corps during World War I stationed at Newport News, Virginia. He later moved his wife and two children to the border town of Eagle Pass, Texas. Although there is no record that Dr. Macune served as an official Methodist medical missionary in Mexico, according to his family he worked two days a week in Allende, Mexico, treating patients. By this time, SMU had closed its medical college and, because Mexican authorities could not verify that SMU had ever operated a medical school, they repeatedly arrested Dr. Macune for practicing medicine without a license. For a year, Dr. Macune paid daily fines in order to continue his practice in Mexico. Eventually the National University of Mexico settled the issue because handwritten in Spanish in the upper left-hand corner of Dr. Macune’s diploma is the following statement:

“The National University of Mexico formerly declares this Doctor of Medicine Diploma conferred to Mr. John W. Macune through Southern Methodist University College of Medicine Dallas, Texas U.S.A official. From the view of said institution he is deserving of this credit and Mr. Macune has distinguished himself.”

In 1924, the Macunes moved to Ballinger, Texas, where Dr. Macune was a county health officer, city hospital anesthesiologist and general practitioner. He was actively involved in civic work and was a vital member of his community until his death from cancer on April 3, 1945. Upon his death, flags were lowered to half mast in Ballinger in honor of his legacy.

Dr. Macune’s sheepskin diploma was donated to the University by his daughter, Alida Macune Rappaport, who had stored it in a cedar chest for over 40 years. It hangs in the Laura Lee Blanton Building as a reminder of the first students in a long line of graduates who went on to be outstanding representatives of their alma mater. 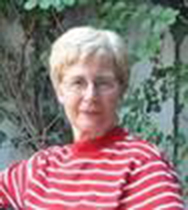 She retired from SMU in 1999. Dora was survived by her husband, Milton, daughter, Donna Courtwright and son, Steve Bolgiano

“Dora was a dedicated employee and hard worker. She made SMU a better place. It was a pleasure to work with her.” John Hall, University Registrar 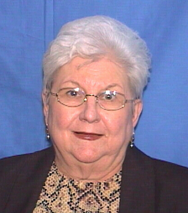 Peggy served in the University Registrar’s Office during her 20-plus year SMU career. She started out as an Academic Records Counselor and retired October 1, 2007 as Associate Registrar.