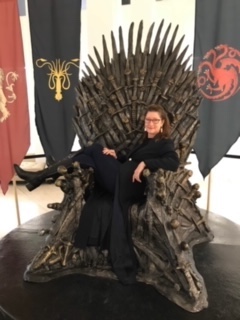 Stephanie Amsel has been teaching at SMU since 2009. Before moving to Dallas, she taught in public and private schools in Italy, New York, and Texas. Stephanie is the director of the Writing and Reasoning Program. She received her M.A. and Ph.D. from the University of Texas at San Antonio and specializes in Italian and English medieval literature. Stephanie is the Chaucer bibliographer for the New Chaucer Society and publishes a yearly Chaucer bibliography report in Studies in the Age of Chaucer. She has received several writing awards for poetry and short fiction. Her poems have appeared in Fog City Review, Sagebrush Review, and Ilya’s Honey.