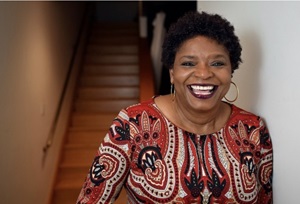 Sanderia Faye is the author of Mourner’s Bench, winner of the Hurston/Wright Legacy Award for debut fiction, Philosophical Society of Texas Award of Merit for fiction, and Arkansas Library Association, Arkansiana Award. Her fiction and nonfiction have appeared in The New Yorker, New York Times, and Southwest Review. She is a professional speaker, activist and sommelier, where she pairs wine with books. She is the founder and host of LitNight Reading Series, co-founder of Kimbilio Center for Fiction and co-leader of Pen America/Dallas.

“Give Me My Money,” The New Sound: A Journal of Interdisciplinary Art, 2015.

“My Protests And Prayers In Dallas,” The New York Times, 2016

The Philosophical Society of Texas Award of Merit for fiction, 2015