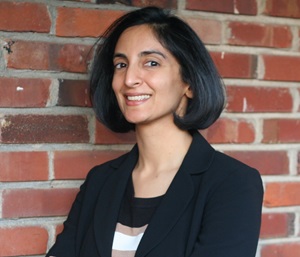 Samantha Pergadia is an assistant professor of English at Southern Methodist University. Her research and teaching interests include African American literature, contemporary American literature, and the environmental humanities. She received her Ph.D. from Washington University in St. Louis and her B.A. from Princeton University. Her scholarly work has appeared or is forthcoming in New Literary History, Feminist Studies, African American Review, Eighteenth-Century Studies, Contemporary Literature, and American Quarterly. She is currently at work on three books: Slavery’s Slaughterhouse: Imagining Multispecies Ethics in an Antiblack World, The Breakup Album: A Cancer Memoir, and Transitions: Breast Cancer and Gender Dysphoria.

SLAVERY’S SLAUGHTERHOUSE argues that contemporary Black artists reimagine the relationship between race and species. During the Enlightenment’s era of scientific racism, racial difference was articulated as a difference of species, a linkage used to justify chattel slavery. When contemporary Black artists speak back to the comparison between racialized humans and nonhuman animals, they do not disavow the connection, but renew and reformulate it. The book reads major artists – Toni Morrison, Charles Johnson, Kara Walker, Octavia Butler, Boots Riley, Gwendolyn Brooks, and Jesmyn Ward – who position the racialized human in proximity to the nonhuman animal for anti-racist ends. The book’s arc – from an antebellum dairy farm in Beloved to a Mississippi prison farm in Sing, Unburied, Sing offers a shadow agricultural history to the relationship between slavery and modern-day prison slave labor. SLAVERY’S SLAUGHTERHOUSE thereby stages and historicizes an engagement between critical race studies and critical animal studies, two fields which treat the comparison between nonhuman animals and racialized humans as either an appropriation of racial violence or an expedient means to animal rights. Rather than analogize or disavow the alignment between race and species, artists suture these categories together – as material, rhetorical, and ethical concepts. An article published on this research, “Like an Animal: Genres of the Nonhuman in the Neo-Slave Novel,” received the Darwin T. Turner Award, granted annually for the best essay published with African American Review and the Louis D. Rubin Jr., Prize, granted by the Society for the Study of Southern Literature.

THE BREAKUP ALBUM is a book about the ordinary event of a breakup and the extraordinary event of cancer. A blend of memoir, art criticism, and self-help, this book offers a meditation on how aesthetic forms mediate our experience with desire, loss, illness, and the prospect of death. From the pop song to the poem, the film to the novel, the television show to the memoir, the multi-media genre of breakup art offers consolation in the aftermath of a breakup. Samantha sutures her own memoir (a story of surviving breakups and living through cancer) to analysis of the minor genres emerging within each of these medium’s forms: the breakup album, film’s dead lovers, television’s marriage plot, the cancer breakup memoir, the fiction of friendship breakups, self-help survival poetry, and ghost stories. Breakup art and the art of dying are, to summarize Elizabeth Bishop, one art. Breakups are a training ground for all the losses we will survive and the one loss we will not. Public essays drawn from this book are forthcoming with venues such as the Los Angeles Review of Books.

“Geologies of Sex and Gender: Excavating the Materialism of Gayle Rubin and Judith Butler,” Feminist Studies, Vol. 44, No. 1 (2018).