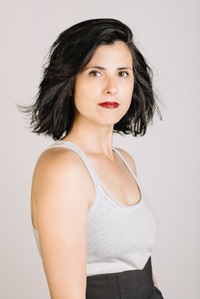 Samantha Mabry is returning to the Hilltop after having taught for almost a decade at El Centro College. Over the years, she has instructed students of all ages and from a variety of different backgrounds. All of her students have made a profound impact on her, and have challenged her to be a better teacher, citizen, parent, and friend.

Samantha is also a writer, having published three novels through Algonquin Books of Chapel Hill, including All the Wind in the World, which was nominated for a National Book Award in 2017, and most recently, Tigers, Not Daughters. Her short work has been anthologized and has appeared in D Magazine’s summer fiction issues.