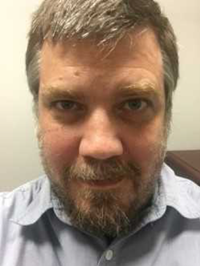 M.A. in Linguistics with a Concentration in TESOL, University of North Texas

Having taught English to second-language learners in the United States as well as in Mexico, Morocco, and South Korea, one of Richard’s favorite things is working with people from different cultural backgrounds. Richard particularly enjoys teaching rhetoric and academic writing to the international students at SMU as well as utilizing studies in popular culture in the composition classroom.

Awarded Professor with Highest Honors at Information & Communications University, Daejeon, South Korea (2006) Like many in the profession, he occasionally publishes fiction. His stories have appeared in Verbsap and Hobart, among others.