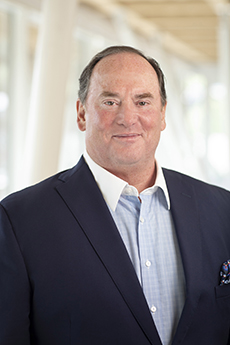 John Phelan is the co-founder and chairman of Rugger Management LLC, a private investment firm based in Palm Beach, Florida. Prior to launching Rugger, he co-founded MSD Capital LP (“MSD”), which was founded in 1998 and is the private investment firm for Michael Dell, the founder and CEO of Dell Technologies. Phelan was also the co-founder of MSD Partners LP (“MSD Partners”), an SEC-registered investment advisor that was formed to enable a select group of outside investors to invest in strategies that were initially developed by MSD. Phelan is chairman emeritus of MSD, and during his leadership at MSD, the firm posted double-digit net returns and over $20 billion in profits.

Prior to forming MSD, Phelan was a principal for seven years at ESL Partners, a Greenwich, Connecticut-based investment firm. At ESL, Phelan was responsible for ESL’s Special Situation and Distressed Investments and helped grow the firm from $50 million to over $2 billion in assets under management. Prior to ESL, Phelan was a vice president at the Equity Group and was in charge of acquisitions (Western region) for the Zell-Merrill Lynch Real Estate Opportunity Funds. Phelan began his career at Goldman Sachs & Co., where he worked as a financial analyst in the Investment Banking Division.

Phelan received his MBA from Harvard Business School, and graduated Phi Beta Kappa and cum laude with distinction from SMU with a B.A. in economics and political science. Phelan holds a general course degree with an emphasis in economics and international relations from the London School of Economics. He is on the Board of Trustees at the Whitney Museum of American Art and the Aspen Art Museum (chairman) and Board of Directors at Spirit of America and Third Option Foundation. He is also involved with his respective alma maters and currently serves on the Board of Dean’s Advisors for the Harvard Business School, the Investment Committee for the SMU Endowment and the North American Advisory Board for the London School of Economics. Phelan and his wife, Amy, have permanently endowed free admission to the Aspen Art Museum and recently named the Phelan US Centre at LSE.