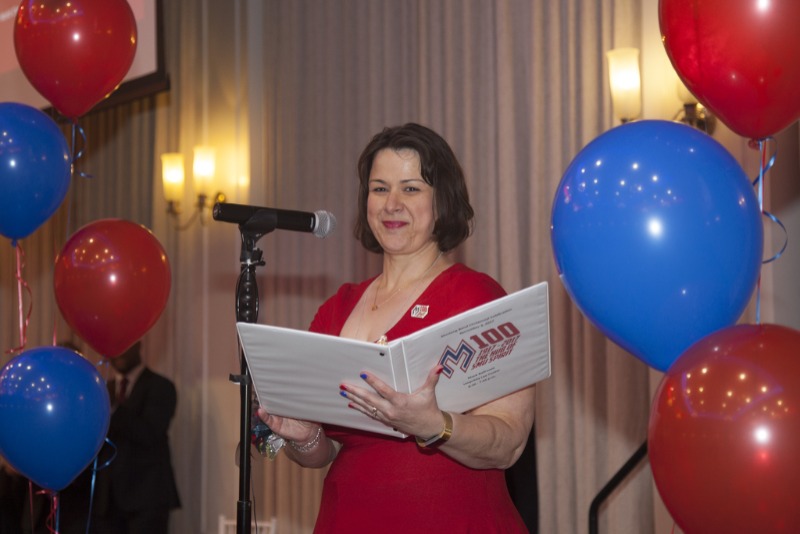 Kellie Prinz Johnson is the president of Diamond M Club and chair of the Mustangs Give Back Committee. We sat down with her and asked her a few questions.

What do you do for work?

I am the director of operations at Retro Studios, which is a video game developer and subsidiary of Nintendo. Some of the games we’ve made are the Metroid Prime series, Donkey Kong Country Returns and Donkey Kong Country: Tropical Freeze. I manage everything that is not involved with making the games or IT. I’ve been there for 19 years.

What do you enjoy doing in your free time?

Basically, driving up and down I-35 coming to SMU events. *Laughs.* I’m also an avid baseball fan, so when SMU isn’t having sporting activities, I fill the void with Major League Baseball. I just got back from Chicago where I saw the Cubs, my favorite team, play five games in four days. But I love going to SMU games; I have season tickets to football and men’s and women’s basketball so I’m here as often as possible.

If you could travel anywhere in the world, where would it be and why?

Probably Australia because it’s far and exotic. It’s a bucket list trip. I travel a lot around the U.S., but I don’t travel much internationally. Going to Australia is a little more of a commitment as well.

What is your favorite Diamond M Club memory?

My favorite memory is how I get to do cool things, meet people and represent the club. A few years ago, at Pigskin Revue, we gave Paul Layne ‘76, who is SMU’s superfan, a beanie and he was really honored by that, so it was special for me to be the one to give him something the Mustang Band doesn’t take lightly or give to many who were not in the band.

What is your favorite Mustang Band memory?

When I was a freshman, the Southwest Conference was still a thing, so we still played the big schools in Texas that were close, and we had a real rivalry with them. One of the games was against the University of Texas at Austin, and we got to travel to the game. Since we were the visitors, we marched first and there were only about 75 of us compared to the 400 of them. Finally, we all line up in one line and blast the first note of the last song, and it’s so loud and impressive that everyone in the UT band physically leaned back and their jaws dropped open from the sound. Hands down my favorite memory.

What instrument did you pay?

Alto sax. I don’t play anymore, but I can still play Peruna for the rest of my life. That muscle memory will never go away.

What lessons did you learn while in the band that you still utilize today?

I learned to have a thick skin because when you’re learning something new, the way we used to march, I had to learn things quickly and take corrections well. It can be intense being on the field, but you learn from any mistakes, let it go and move on. I was also a squad leader, so I learned how to train and teach as well. I also learned how to be loyal and dedicated. My best friends today were the friends I made in the Mustang Band. I would do almost anything for them. I will always have their backs. I can count on them to do the same for me.

What’s one thing you’re looking to accomplish as the president of Diamond M and the chair of the Mustangs Give Back Committee?

I want to leave behind a legacy of giving and getting others to give. With my mom being a single mom and a teacher, there was no way I would have been able to attend SMU without scholarships, so basically strangers paid for me to go to college. It’s important for us who had strangers pay for our education through scholarships to realize we now need to be the strangers who pay for someone else’s education. I want other people to have the opportunity I had coming here. When I started on the board of the Diamond M Club, we had consistently 50 to 100 donors and about $30,000 in donations. We now have consistently over 200 donors and we’ve hit over $100,000 in donations. I want to continue that upward trajectory. I would also like to have a significantly bigger endowment so we can give more scholarships in larger amounts and have a bigger, better Mustang Band. I feel the same with Mustangs Give Back. I encourage people to give back to whatever it was that they did at SMU that made them love SMU because giving back to those organizations, activities and initiatives keeps them going for the next generation. I also want people to know that they can make a significant difference even if they don’t have enough money to have their names on buildings or stadiums. Consistent giving, in any and every amount, makes a huge difference. Whether you can give $25, $250, $2.5 million or anything in between, GIVE. I have the honor of seeing the benefit and impact of both large and small donations in my roles on the Diamond M Club Board and Alumni Board.

What’s the best part about being involved at SMU as an alum?

I like knowing what’s going on and being connected to the students, especially now that my son is a student here as well. I guess being at SMU every week while he was growing up paid off. *Laughs.* My son, Jacob Carter Johnson, is named after my best friend in the Mustang Band and my favorite professor at SMU. I suppose he was always destined to be a Mustang.

If you want to connect with Kellie or are interested in learning more about the Diamond M Club or Mustangs Give Back Committee, you can reach out to her at kelprinz92@gmail.com.

Check out these photos of the Mustang Band in Normandy, France for D-Day commemoration ceremonies in June. 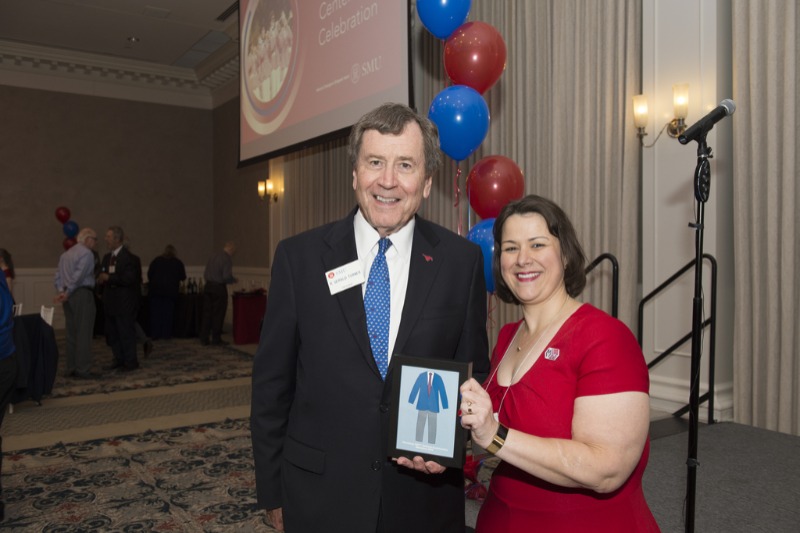 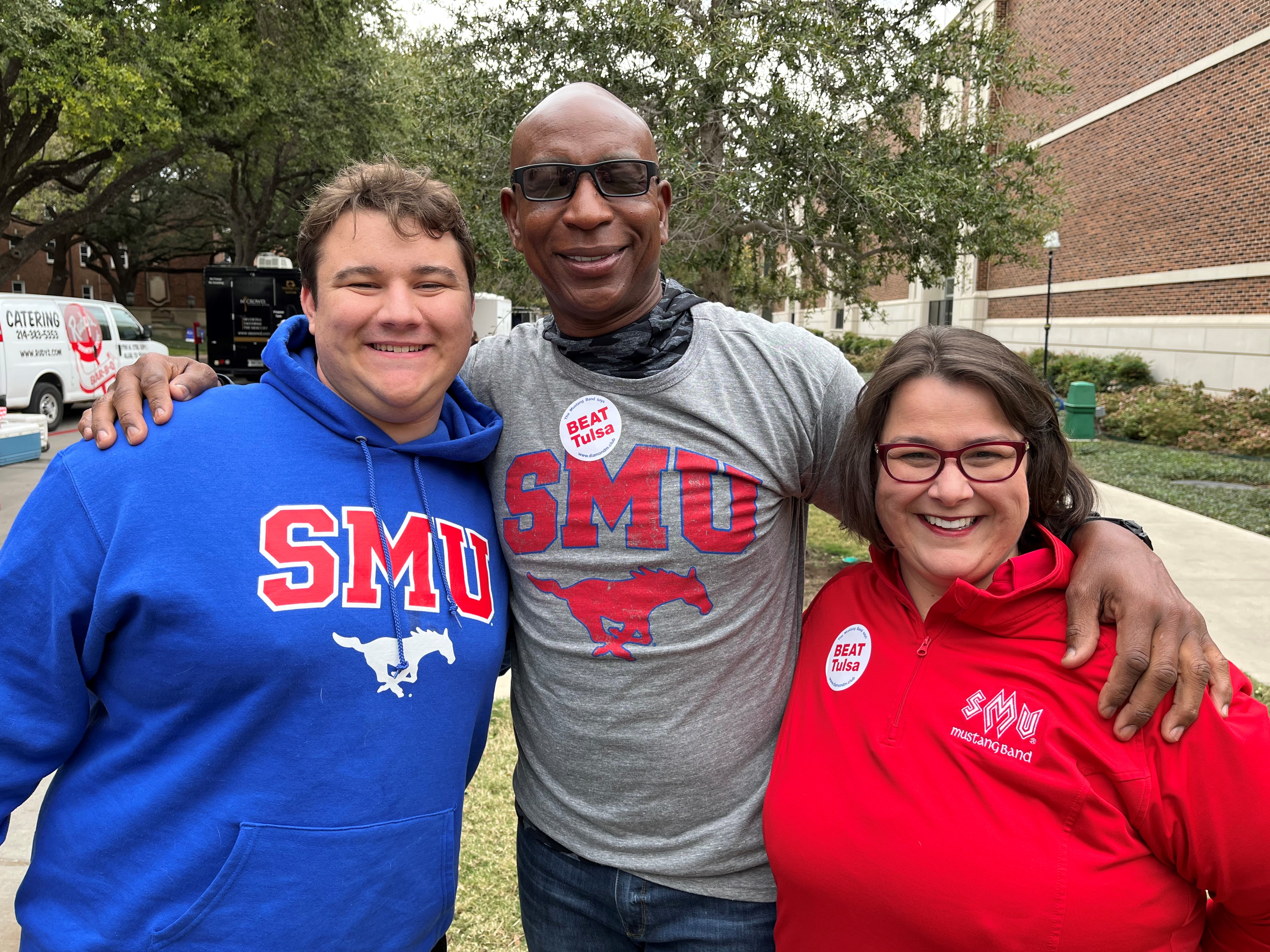 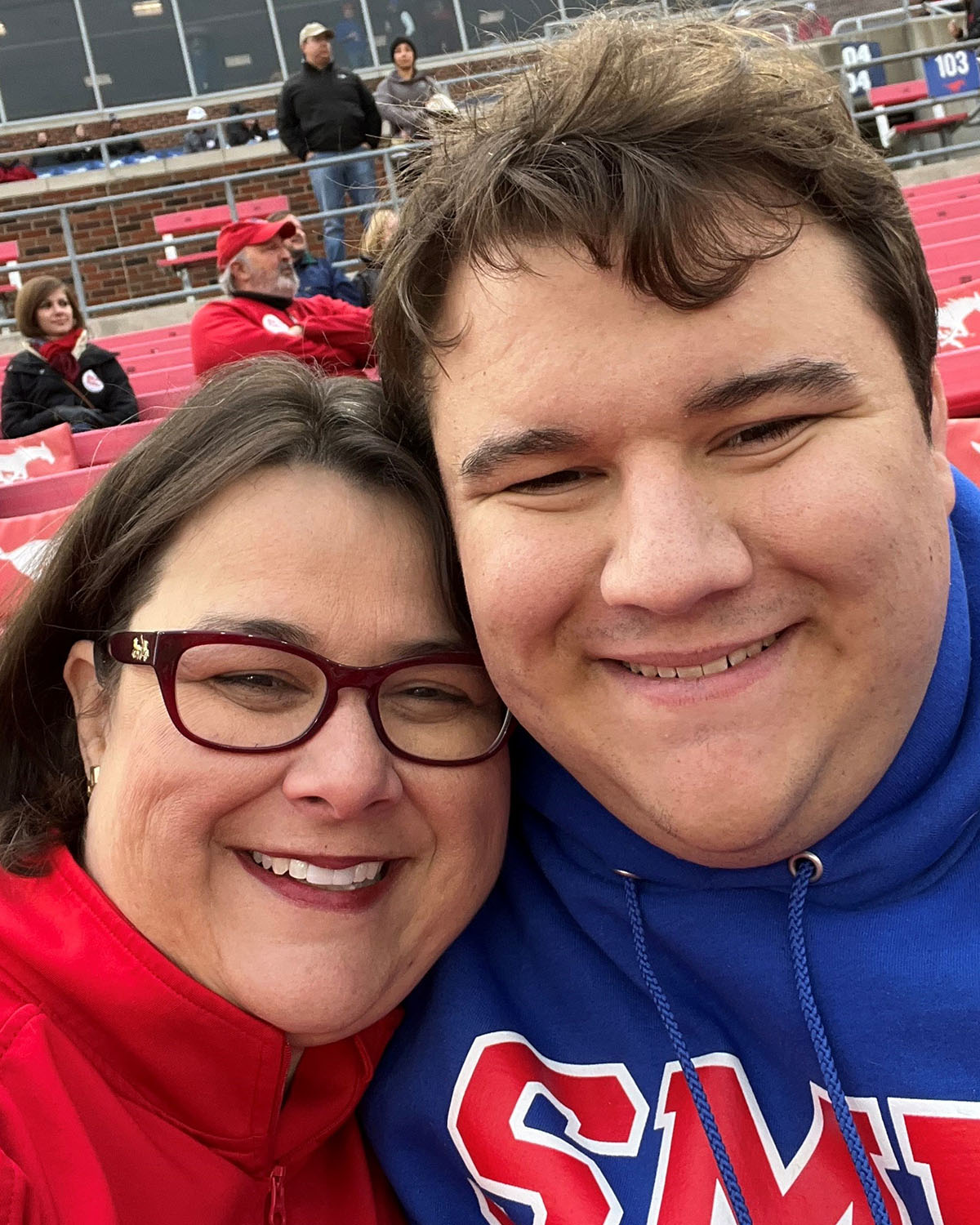