Dean of the Moody School of Graduate and Advanced Studies, Associate Provost for Research, and Professor of Earth Sciences 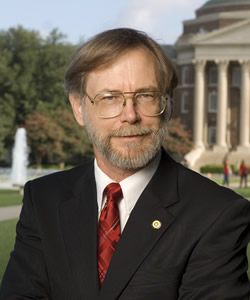 Dean Quick comes to SMU after a distinguished twenty-five year scientific career with the United States Geological Survey (USGS). He assumed this newly-created position at the University in August 2007 after serving as Program Coordinator for the Volcano Hazards Program with the Survey.

At the USGS he performed fundamental research on volcanic processes and was in charge of monitoring the nation's 169 volcanoes to provide critical early warning of eruptions. Threats from active volcanoes range from the dramatic destruction of property and life on the ground to eruption of volcanic-ash clouds that constitute severe risks to jet aircraft in flight. The budget for this research group was approximately $26 million per year.

Dean Quick's career with the UGSG began in 1981 after he earned his Ph.D. in geology from the California Institute of Technology. His first tour-of-duty was spent in Jeddah, Saudi Arabia. This six-year assignment allowed him to conduct research on some of the oldest rocks recording the formation of the oceanic crust. He also became a keen observer of the geo-political situation in this important region of the world.

Upon his return to the United States Dean Quick assembled an international team of scientists to study the magmatic evolution of deep crust, which is the birthplace of the magmas that produce the largest explosive eruptions. His research has taken him to more than 35 countries around the world, which together with experience in working with the federal government, elected officials, and academic institutions provided Dean Quick with a broad set of skills that brings to SMU in advancing the University's prominence in research and graduate studies.

Dean Quick has published widely in numerous scientific journals over the last thirty years and maintains an active research agenda on magmatic processes. Since arriving at SMU he has joined the Dallas Council on Foreign Relations and looks forward to being involved in the Dallas community. His professional affiliations include the American Geophysical Union, Geological Society of America, and the International Association of Volcanology and Chemistry of the Earth's Interior. 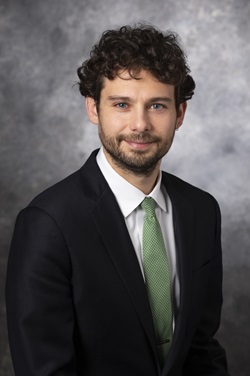 Dr. Itkin oversees administrative, admissions, recruitment, professional development, student life, fellowship, and other functions of the Moody School of Graduate and Advanced Studies under the direction of Dean Quick.

Dr. Itkin holds a Ph.D in Comparative Literature from the University of Michigan, an M.A. in Humanities and Social Thought from New York University, and a B.A. in Mathematics from the University of California Berkeley. Prior to joining SMU, he served as Assistant Dean for Graduate Education and Research in the College of Arts and Science at Vanderbilt University.  He also maintains an active research profile as a scholar of modern German culture and Holocaust literature.  His academic monograph, Underworlds of Memory: W. G. Sebald’s Epic Journeys through the Past, was published by Northwestern University Press in 2017, and he has held the titles of Senior Lecturer in German at Vanderbilt University and Visiting Assistant Professor of Literary Cultures at New York University.

Dr. Itkin teaches as adjunct lecturer in the Department of World Languages and Literatures. 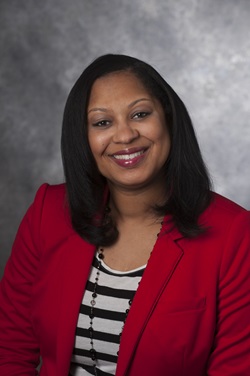 Kerri Bennett works with Ph.D. and Dedman College Master's students to provide administrative support for student progression, maintaining academic records, and processing students for graduation. Kerri is the main point of contact for dissertation format checks, Graduate Student Travel Grants, and similar resources offered by the Moody School Dean's Office. She also handles general admissions questions for Ph.D. and Dedman College Master's applicants and potential applicants. Kerri has over 10 years of experience in Higher Ed from Recruiting, Admissions, to Student Finance. She joined SMU in Fall of 2016. While helping motivate others to further their education, she also obtained an MBA with a concentration in Marketing.

Director of Recruitment and Admissions, Moody School of Graduate and Advanced Studies 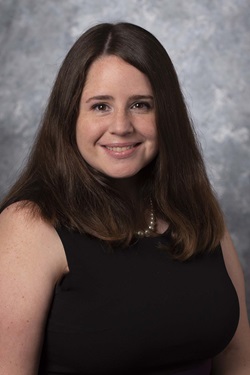 Stevie Otto works closely with graduate departments across the institution to help promote their doctoral programs to prospective students.  She is also a valuable resource for interested students who want to learn more about the graduate student experience at SMU and who need help starting the application process.

A native of Houston, Stevie is a graduate of Southwestern University and the University of Iowa.  She has worked in higher education for several years, starting as an academic advisor and transitioning into admissions and recruitment.  Before coming to SMU, she most recently served as the Assistant Director of Admissions and Outreach for the College of Visual and Performing Arts at George Mason University in Fairfax, Virginia.  She has worked in Academic Affairs and Graduate Studies throughout her entire professional career and enjoys being able to help students take that next step in their own professional development. 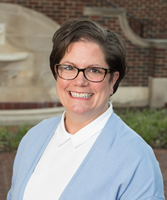 Jean Nixon provides administrative support to the Moody School Office. She handles Academic and Enrollment Registrar forms in addition to other backend processes for the daily operations of the school and graduate students. Jean answers general questions regarding admissions (Dedman College), travel grant reimbursement documents, etc. She is also the main point of contact during office visits, phone calls, and emails plus collaborates on the Moody School social media presence. Before taking this position, Jean began her SMU career with the SMU|Perkins School of Theology over 4 years ago, in the Perkins Office of Enrollment Management. A short trip Up the Hill and Jean joins our team in Spring ’21.

Director of Graduate Fellowships and Awards, Moody School of Graduate and Advanced Studies 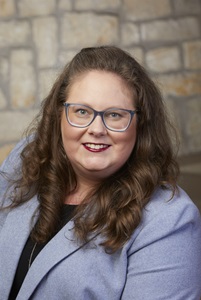 Dr. Ball-Phillips holds a Ph.D. and M.A. in South Asian History from Boston College, and a B.A. in History from SMU. During her time as a graduate student, she conducted language study and research through multiple American Institute of Indian Studies language grants, a Fulbright-Nehru Fellowship, and a Clough Center for the Study of Constitutional Democracy Fellowship. She has taught in the William P. Clements Department of History since 2014, and maintains an active research profile as a scholar of South Asian History. She is currently completing work on her manuscript Film in the Archives: Tracing Regionalism in Indian Cinema, and has started preliminary work on an oral history project titled Hare Krishnas in Longhorn Country: An Oral History of Devotees in Dallas.

Dr. Ball-Phillips also serves as the President of the Fulbright Association Dallas Chapter.