Thanks to renowned SMU paleontologist Louis Jacobs, international partners and intrepid SMU students and researchers, we’re learning more and more about the emergence of the South Atlantic Ocean, created when the continents of Africa and South America cracked apart millions of years ago. Piece by piece, the researchers have uncovered an underwater world teeming with spectacular creatures. These “sea monsters,” if you will, offer clues to Earth’s history and future. 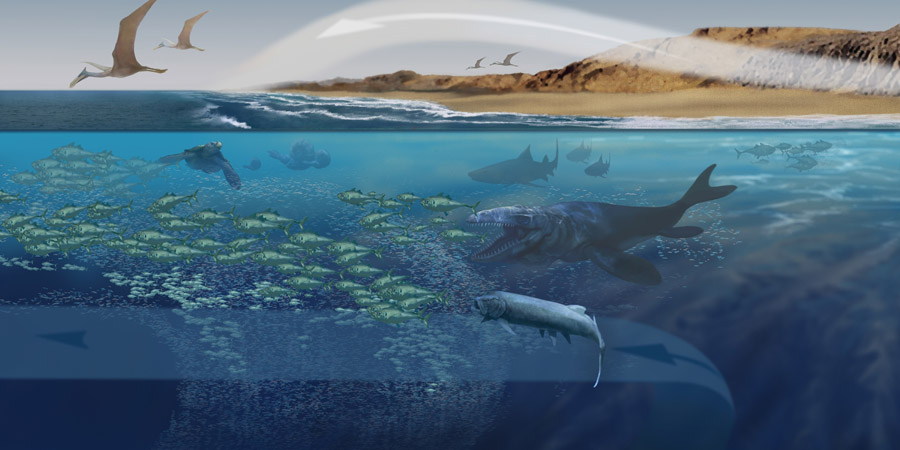 A Deep Dive Into a World Ruled by Giant Reptiles

The SMU-led research is now a major Smithsonian Institution exhibition. Sea Monsters Unearthed: Life in Angola’s Ancient Seas opened in November 2018 at the National Museum of Natural History and will continue through November 2022. More than five million visitors had the opportunity to view the exhibit before the museum closed to the public in mid-March because of the COVID-19 pandemic. Tens of thousands have checked out the exhibition web page. The fossils will eventually return to their homeland, where Angolan scientists and educators will continue this groundbreaking investigation of the ancient seas with the next wave of bold and curious explorers.

Follow the evolution of Myria Perez ’18, from dinosaur-loving kid to “the closer” working on fossils for the Sea Monsters exhibit as an SMU student. Myria now applies her skills as a fossil preparator at the Perot Museum of Nature and Science in Dallas. The paleontologist is also a national IF/THEN Ambassador, encouraging young girls to pursue their STEM passions.

The multinational Projecto PaleoAngola excavation and study of fossils featured in the Sea Monsters exhibit lay the foundation for the future of paleontological research and education in Angola, Africa. Being part of the team gave Angolan geology student Celso Riquenga a chance to do something important for his country and its people, he says. “We are making history.” 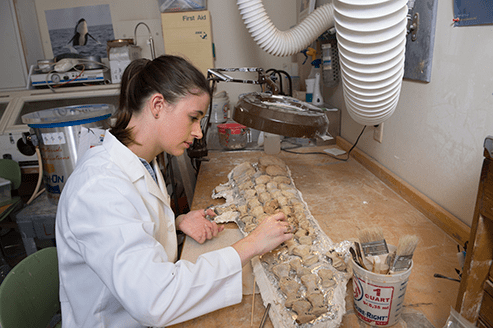 When an internship fell through, Reagan Long ’18 took a job at SMU’s Shuler Museum of Paleontology to fill the gap and ended up having “a once-in-a-lifetime experience” that’s become her go-to icebreaker. Now a consulting engineer with RTM in Dallas, Reagan says college is the time to take a gamble on unexpected opportunities. “You never know where they’ll lead.”

The fossil record that was millions of years in the making will be studied for generations to come. Professor Emeritus of Earth Sciences Louis Jacobs continues to meet weekly via Zoom with project partners from around the globe to ensure the collection “is in good order” when it returns to Angola. “Research, learning and education go on forever.”