From Honduras to Texas, With Love 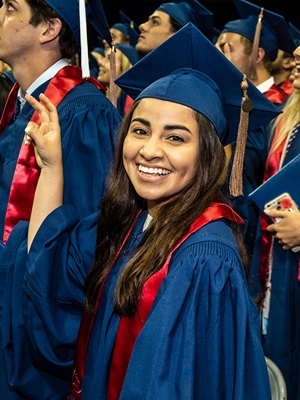 Dallas (SMU) – The eldest of four children, Jennifer Pérez grew up in Tela, on Honduras’ Caribbean coast, near a popular botanical garden and nature preserve. Like many of her peers, she dreamed of going to college in the United States, but faced obstacles – a complicated college application process, academic preparation and tuition.

Although her mother is a lawyer and her stepfather is an engineer, their occupations are not nearly as lucrative in Honduras as they would be in the United States.

“We don’t have a bad life in Honduras,” Jenn says. “Everything we have is because my parents work hard.”

On Saturday, May 18, Jennifer’s college dream will come true. That’s when she will graduate from SMU Cox School of Business  with her BBA in accounting. Through hard work and perseverance, she earned her degree, but if it weren’t for a fateful meeting in Honduras five years ago, Jennifer might never have had the opportunity to prove herself.

Jennifer Pérez was 17 years old when she met Dallas resident and SMU alum Grady Schleier, who was volunteering in Tela, Honduras with his wife, Mary Elizabeth. Jennifer attended the bilingual Episcopal day school there, Espiritu Santo, which has a partnership with the Schleiers’ Dallas church, Saint Michael and All Angels Episcopal Church. That’s where Grady met several young students, including Jennifer, and was impressed with her enthusiasm, joy and desire to attend college in the United States. He recalls talking with Jennifer about the challenges standing in the way of her dreams.

“It is hard to have a good career and a better of standard of living in a country like Honduras where the economy is terrible,” Jennifer says. “Few jobs are available, and even if one has a job, it is never enough because the violence in Honduras does not allow us to live a satisfying life.”

“It is hard to have a good career and a better of standard of living in a country like Honduras where the economy is terrible,” Jennifer says. “Few jobs are available, and even if one has a job, it is never enough because the violence in Honduras does not allow us to live a satisfying life.”

Grady knew he couldn’t help each of the Espiritu Santo students, but he sensed the potential in the class of 2014 valedictorian. On a February evening in 2014, he asked his wife to join him for a walk on the beach in Tela. The conversation that followed was a stunner.

“I want to invite a student I’ve met here in Tela to live with us in Dallas,” he said. “She can spend a gap year with us, while she prepares to apply to college in the U.S.”

The Schleiers, a retired Dallas couple with two grown sons, have volunteered with their church for the past 12 years in the northern Honduran town. Married to Mary Elizabeth for 34 years, this was the first time Grady shared with his wife a longtime goal – to make a difference in one person’s life. Mary Elizabeth agreed to meet Jennifer Pérez.

“How do you say no to changing someone’s life?” she says.  After spending a day volunteering with Jennifer, Mary Elizabeth agreed. “I fell in love with her.”

Jennifer instantly said, “Yes,” when Grady invited her to move to Dallas, and her parents later agreed, after a tearful conversation.

“As a mother, I’ve always been very protective,” says Rosa Espinal, Jennifer’s mother. “I had many mixed feelings about letting my daughter go with people I didn’t even know. I also knew if I said no, I would possibly close her door of opportunities and success. It was one of the hardest decisions I’ve ever made.”

After an eight-month wait to obtain a student visa, Jennifer and her mother flew to Dallas in October of 2014, where Jennifer was enrolled as a noncredit international student at Ursuline Academy of Dallas, a Catholic girls’ school. In Honduras, high school ends at the end of 11th grade.

“I adapted pretty easily,” Jennifer says. “I missed my mom’s homemade corn tortillas and rice with shrimp, but I loved Ursuline and the Schleiers,” she says.

The Schleier sons initially thought their parents were crazy.

Now, however, Tommy and Will Schleier say Jennifer is their favorite sibling. Mary Elizabeth’s soft oil portraits of Jennifer decorate their home, and Jennifer smiles from the family photo Christmas cards taped to the refrigerator. Grady, a CPA and retired financial executive, beams with pride at Jennifer’s success in her accounting studies.

For the Schleiers, having a 17-year-old student in the house meant early morning car pools again and homework at the kitchen table. But listening to Jennifer also brought new understanding about the challenges of life in Central America.

“Jennifer has given us an alternative prism through which we view the world,” Grady says.

Jennifer’s 2015 gap year in the United States paid off. While continuing to live with the Schleiers, Jennifer enrolled in community college. Her biological father is a U.S. citizen and Jennifer earned her own citizenship in 2016. She worked as a waitress to pay for community college, and sent money home to her family. After completing community college, she applied to several public universities, as well as the Schleier’s alma mater –  SMU. Grady Schleier holds a Master of Business Administration from SMU Cox School of Business and Mary Elizabeth holds a Master of Fine Arts from SMU Meadows School of the Arts.

“I met my best friend at registration for transfer students. I’ve found a community of friends who are like me, the children of parents who work hard, who don’t take the opportunity of an SMU degree for granted and who understand not everything in life comes easy.”

“The classes at SMU were very challenging,” Jennifer says. “I almost lost my scholarship because I was embarrassed  to ask for help.”

But when she asked for help from her Cox adviser, career adviser and the Schleiers, she found her footing.

“Jennifer is purposeful and intentional,” says Katherine Hearty, the Cox School of Business career adviser for accounting majors. “She has great energy.”

Jennifer’s gap year stretched into five years, a college degree and a relationship that will last a lifetime.

“When we invited Jennifer to live with us, I thought she’d be here for nine months then go off to college somewhere,” Grady says. “Her relationship with us just happened naturally.  Now when I think of long-term plans, I think of our family collectively – Tommy, Will and Jennifer.

“I know we’re not the first phone call when something important happens in her life,” he says. “But we’re the second phone call.”

On May 18, Jennifer’s Honduran family will join her Dallas host family to celebrate her commencement and new job.

“It’s not enough just to say thank you. I’m truly grateful to everyone who helped me. I hope someday I can give it back.”

After Jennifer graduates, she plans to earn her CPA and move to an apartment to provide her younger siblings with the same American education opportunities the Schleiers provided for her. No doubt the trajectory of her life has changed dramatically.

But Jennifer Pérez’s life is not the only one that has changed.

“It’s a joy to hear her voice singing around the house,” says Mary Elizabeth, who likes to join Jennifer dancing to Motown hits in their kitchen. “I always wanted a daughter. Now I have one.” 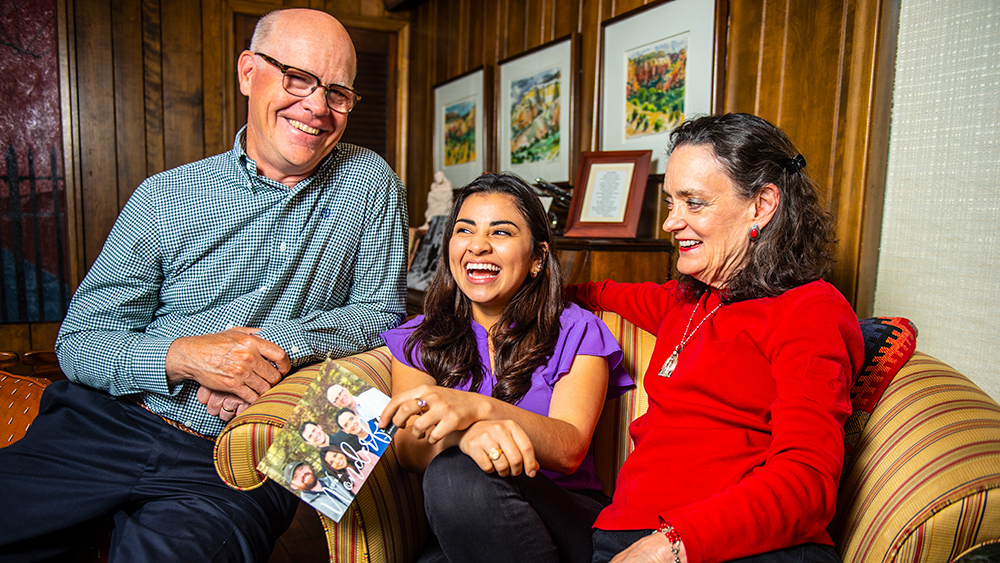 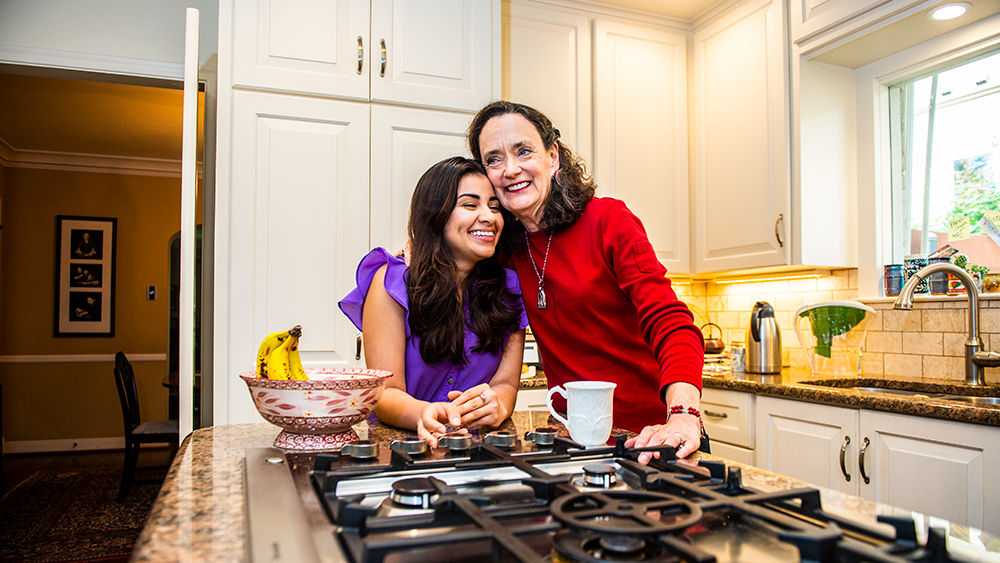 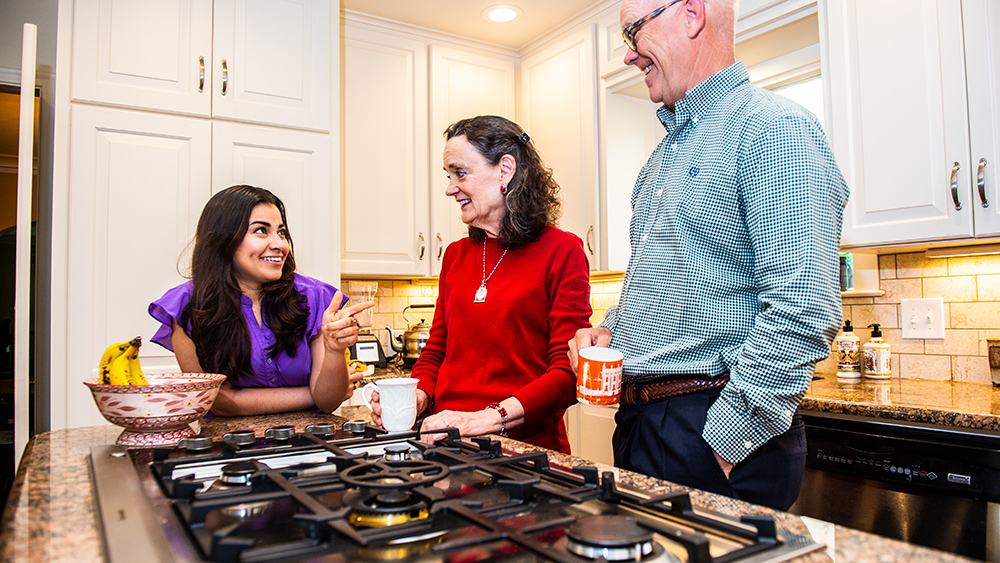 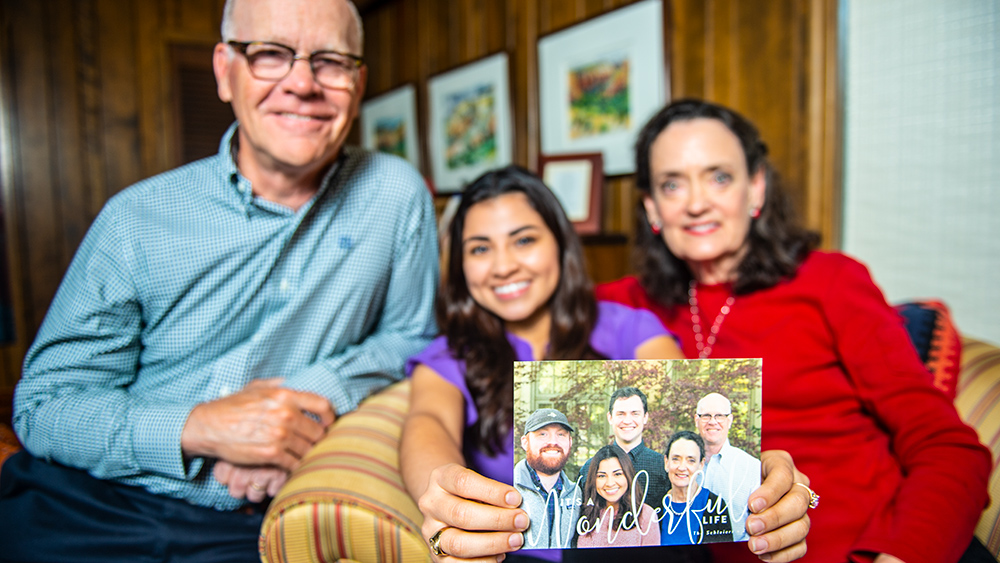 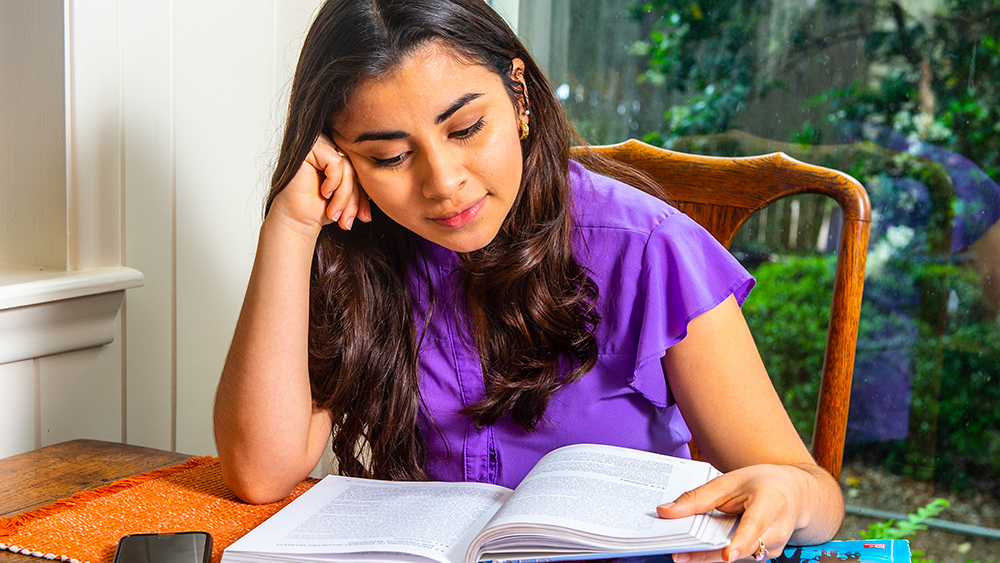