The NNMC pulls participants from nine regions around the country (Atlanta, Boston, Dallas, Detroit, Milwaukee, New Haven, New York, Pittsburgh and Seattle) and SMU, with Associate Professor of Theatre Benard Cummings at the helm, is the sponsor of the Dallas Region.

“All the other regions have professional regional theatres from their area sponsoring the contest,” says Cummings who had been involved with the original AWMC for 15 years. “For Dallas, it’s SMU. It’s great when all the sponsors are mentioned at the final competition event in New York City and SMU is amongst those theatres.” 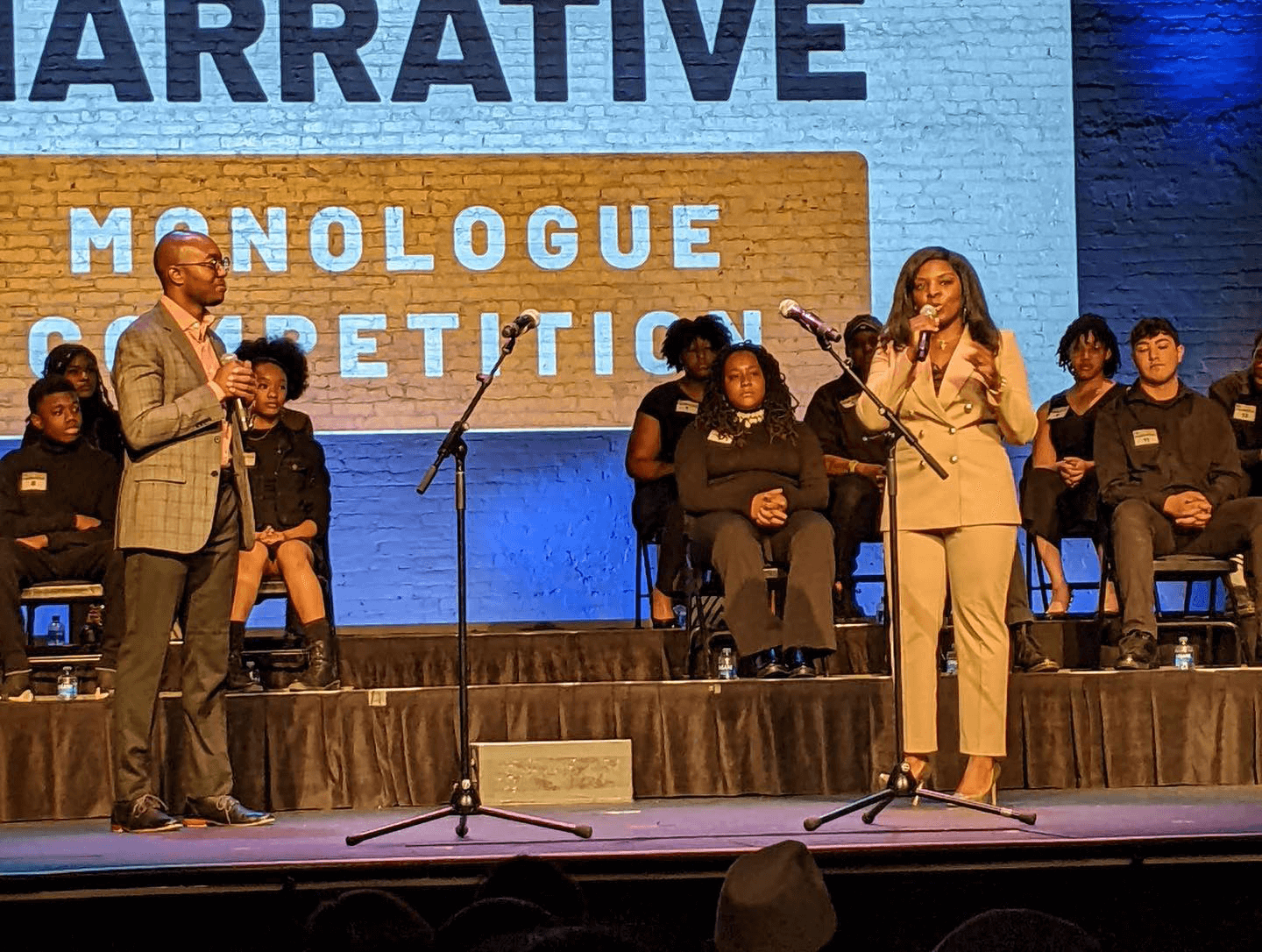 For this new competition, Jude created a compendium of monologues commissioned from 50 playwrights who represent the vast diversity of Blackness, which included local Dallas playwright Jonathan Norton, to be utilized for the NNMC. Each playwright created up to three monologues for high school students specifically for this program. The monologues could address one of the following 10 themes: class, gender, ableism/inclusivity, relationship to technology, family/community, cultural celebration/competency, global warming/environmental, immigration/international relationships, social/emotional/physical health or a tenth non-thematic category.

Each of the nine NNMC regions narrowed down submissions to two finalists who would travel to New York City for the final competition event on May 3, 2022, at the historic Apollo Theater. Though it was only the inaugural competition, the event was a resounding success and first-place winner Jola Olojede was one of the finalists representing the Dallas Region. Olojede won with his performance of the monologue Chuck: Jackson, MS 1963, which was penned by the aforementioned Dallas playwright Jonathan Norton.

The competitors in both the AWMC and the new NNMC represent a vast amount of young talent in the arts. Over the years SMU has recruited a few of the winners from the regional and final competitions, including current Student Assistant Trajan Clayton ’23, who won the AWMC in 2019.

The success of the new NNMC bodes well for the growth and continuation of this competition. The SMU-sponsored Dallas Region has even expanded to include competitors from all over the state of Texas, and even from neighboring states. True Colors, with publishing partner Theatrical Rights Worldwide, plans to publish this compendium of monologues. It will not only be a resource for the program but will be available to young thespians everywhere seeking relevant and age-appropriate audition content.