How to Choose an Art History Graduate Program 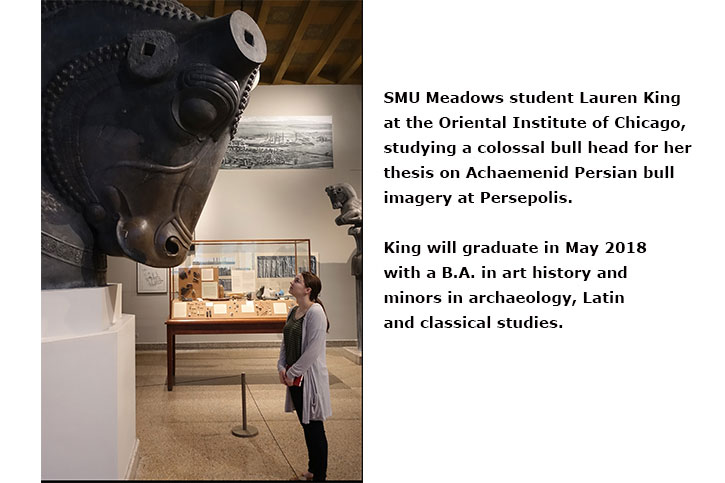 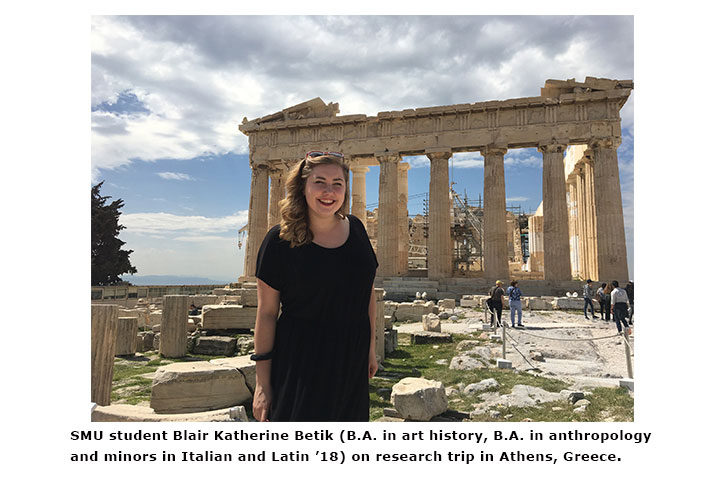 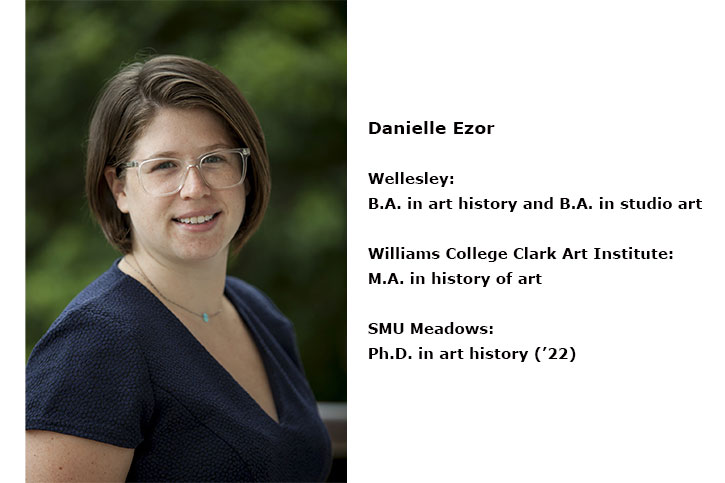 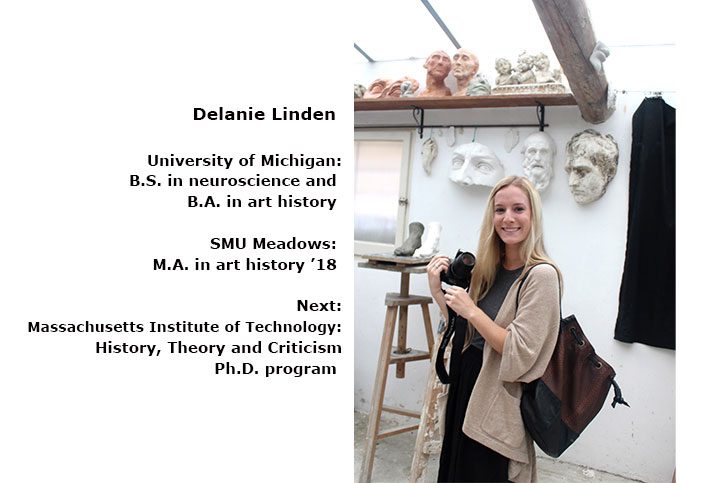 The bios of many art history professionals share a common trait: degrees from more than one university.

brings multiple perspectives and influences to a scholar’s well of knowledge. Langin-Hooper, who holds three degrees from three universities (University of Pennsylvania, University of Oxford and University of California at Berkeley), often encourages students to seek out successive universities to amplify their education.

When applying to a master’s or Ph.D. degree program, says Langin-Hooper, “Don’t just say, ‘What are the ten top programs in art history in the country or in the world? I’ll send my applications to those.’” Instead, she advises students to zero in on the institution’s specialties, be particular about the professors and be selective about which universities they apply to.

“Look at who is on that faculty and with whom you want to work,” she says. “Whom do you want as a main advisor? Does the program even have anyone who specializes in the subject you want to pursue? And, when you do find a person who specializes in your subject, go check out their books from the library, read their articles. Is this somebody who thinks in a way that is exciting to you, who works on objects that are exciting to you? Is this someone you want to train with for the next two, three, five years?”

Selecting where to go after SMU: Penn? Oxford? Yale?

Langin-Hooper says professors’ goals are not to turn out students who are carbon copies of themselves, but to give students the richest training possible, then recognize “when it is time to let a student sprout their wings and go off to learn with somebody else.” As examples, she points to two Meadows seniors who will move on to other universities after receiving their bachelor’s degrees in May 2018.

Blair Katherine Betik (B.A. in art history, B.A. in anthropology and minors in Italian and Latin ’18) will attend Oxford and then go on to Yale. Betik selected those institutions primarily due to their specific scholars in classical archaeology (see Betik’s story, “Launching from SMU to Oxford and Yale” on this page).

Lauren King (B.A. in art history and minors in archaeology, Latin, and classical studies ’18) will next attend University of Pennsylvania, which, after visiting the campus and meeting the professors and students, she determined as an excellent fit for her interest in the art and archaeology of ancient Mesopotamia and Iran.

“I was initially drawn to the Ph.D. program at Penn by the amazing faculty, resources and funding offered to their students,” says King. “Everyone was very welcoming. The students seemed really happy with how the department is run and I’ve already started sharing research ideas with some of the faculty. The past four years with SMU Meadows’ Art History Department have been wonderful and I can’t thank the faculty enough for the knowledge and support they’ve given me. I’m excited to continue my education at the University of Pennsylvania.”

“The first thing that attracts people is our faculty,” says Herring, a 2017 Guggenheim Fellow with degrees from Princeton, University of California at Berkeley and Yale. “We have very fine faculty with international reputations. We attract people from Latin America, Iran, from all over the world.”

Herring says Dallas, a city now known for its vibrant arts culture, adds to the desirability of SMU. “Many think of Dallas as a financial capital, a center for finance and the energy industry, but it has also evolved into a great arts and cultural city, a destination unto itself with great museums and collections that continue to grow,” he says. “People want to be here because of the arts, the scene.”

Other reasons why grad students select SMU Meadows for their advanced art history degrees include the program’s interdisciplinary approach, crossing individual, historical or artistic sub-fields. “We don’t just do, for example, medieval Europe or just modern Paris,” says Herring. “We train our students to ask broader questions. Our program looks to unite students working in different, specific areas while also giving each of them specific area competency. If you come here to work on art in 17th-century Mexico, for example, you’ll study all about that time, that place and the art-historical scholarship specific to it. Though you will also gain a broader sense of the questions that animate the discipline more generally, and how your work in your specific area of competency can speak to those larger questions that drive art history as a broad field.”

Herring cites several other reasons why grad students gravitate toward Meadows’ art history program: ample fellowship funding; support for students to do research on campus and off site (“Abroad especially,” says Herring); a steady supply of visiting scholars. “We give students the opportunity to go out into the world and do their research, and we invite the rest of the world in, in the form of visiting lectures,” he says. “Our Ph.D. students each have an outside reader from another institution whom we fly in to participate in their comprehensive examinations, so they have outside mentors as well.”

Another standout component of the Meadows program is the venerable Meadows Museum, home of one of the largest collections of Peninsular Spanish art in the world.

“We have specialists who work with the Meadows Museum’s collection directly, and we have scholars who work adjacent to the Museum’s core holdings,” says Herring. “For example, I work on the pre-Columbian world, the world that the Meadows Museum comes into contact with post-1492. Assistant Professor Adam Jasienski works not only on Peninsular Spanish art but also art that is produced in the Hapsburg possessions in northern Europe, in the New World, in the Philippines – outside of Spain proper. Professor Lisa Pon is an expert in the Renaissance Italian prints that shaped the art of Golden Age Spain. Associate Professor Amy Freund talks about the ascendency of France as a cultural force, and the exchange between France and Spain in the 18th and early-19th centuries. So, much of what we do works in concert with what the Meadows Museum does. This kind of cross-pollination is what makes the Meadows School of the Arts so rich.”

Coming to SMU from Wellesley, Williams College, University of Michigan

“I have had very positive experiences at Meadows,” says Ezor. “Through Meadows funding, I’ve had the opportunity to attend multiple conferences in my field, including the American Society for Eighteenth Century Studies (ASECS) Annual Conference, and I have presented my work at three conferences, including the Midwest Art History Society (MAHS) Annual Conference. I will also be presenting my research next fall at the Feminist Art History Conference at American University, and at the Historians of Eighteenth Century Art and Architecture (HECAA) Conference that SMU is hosting in November.”

With partial travel funding from the SMU Department of Art History, Ezor will head to Europe over summer 2018 where she will visit Berlin, Dresden and Paris to view works of art she is studying. She will also visit two historic porcelain factories at Meissen (outside Dresden) and Sèvres (outside Paris).

“My research interest is portraiture in eighteenth-century France, so I wanted to work with Dr. Freund, who had just written the book Portraiture and Politics in Revolutionary France (2014),” says Linden.

Linden, who will next advance her studies at Massachusetts Institute of Technology’s history, theory and criticism doctoral program in fall 2018, says she appreciates her time at Meadows.

“SMU’s M.A. program in art history has made me a better student and teacher, and I feel supported by the faculty in all ways,” says Linden. “For example, I had a conference presentation in November and the art history department organized a Scratchpad [forum where faculty and graduate students share works in progress] for me and another student. The department wanted to prepare us for public speaking.

“Another benefit of Meadows was its multipurpose building and the way it facilitated interdisciplinary relationships between art historians, artists, musicians, actors and dancers,” she says. “It made my experience even richer. I truly enjoyed my time at Meadows.”

Blair Katherine Betik will graduate from SMU in May 2018 with a B.A. in art history, a B.A. in anthropology and minors in Italian and Latin. She will then head to Oxford for one year before entering the Ph.D. program at Yale. Below, Betik talks about her degree path.

Q: What is the benefit of going to a different university to get an advanced degree?

Blair Katherine Betik (BKB): The opportunities to explore different resources at different institutions will diversify my understanding of theories, methods and material. Whether those opportunities are mentors, advisors and professors OR research centers, libraries and collections, the more ideas to which a scholar is exposed, the better they will be at questioning ideas and proving them.

Q. How did your SMU education prepare you for acceptance to grad school(s)?

BKB: SMU offered me the chance to really develop relationships with my professors. Because of the small classroom sizes, liberal arts curriculum and primarily discussion-based courses, my professors got to know me, my ideas, my writing style and my goals really early on. Because they knew me, I had a plan for graduate school applications as early as my second semester freshman year, when my thesis advisor and mentor, Dr. Langin-Hooper, helped me understand what experiences I would need to be a competitive applicant and successful academic. This meant acquiring requisite languages, traveling abroad, excavating at an archaeological dig, interning at a museum, and participating in a variety of research. Because of the intense focus that SMU places on the success of undergraduates, I have learned Italian, Latin, Koine Greek, and Attic Greek; performed research on Medieval liturgical vessels and churches, ancient Greek sanctuaries, and the soil floors of Hidatsa and Mandan earth lodges; studied abroad for a semester in Milan, Italy; interned at the Crow Collection of Asian Art; and been trained by Mohegan archaeologists and archaeologists from the Royal Ontario Museum in ethical archaeological survey and excavation. Because of these opportunities, always at least partially funded by SMU scholarships, my applications showed that I was an experienced researcher, with a varied skill set and background.

Q: What drew you to Oxford, and then Yale?

BKB: I am attending Brasenose College at the University of Oxford beginning in October 2018 for a one-year master's in classical archaeology before taking up my deferred acceptance to the doctoral program in art history at Yale University.

I chose to defer my acceptance to Yale so that I could spend a year studying with some of the greatest classical archaeologists in the world who are professors at Oxford, and have the opportunity to work closely with the collections at the Ashmolean Museum and the British Museum.

I was drawn to Yale because I wanted to be in a relatively small department closely affiliated with a great collection, the Yale University Art Gallery, and that allowed me to explore interdisciplinary fields. I will be able to have a home base in art history, while still studying with archaeologists, classicists, historians and theorists in other departments. Also, Yale has an incredible reputation internationally, and places graduates not only in professorial but also curatorial positions. Because my goal is to be a curator, it was clear Yale was the best fit. Additionally, my advisor at Yale, Milette Gaifman, matches me in energy and passion, has a great deal of overlap in research interests and will be an excellent mentor throughout graduate school.

Q: Any remarks you’d like to make regarding your time here at SMU Meadows Department of Art History?

BKB: The professors in this department have truly taken so much time to listen to and answer my questions and concerns regarding my career and course load. Their guidance, their testimonies regarding their own graduate school experiences, and their recommendations on my behalf have really helped make me successful.

Launching from SMU to Oxford and Yale