The 392-seat Bob Hope Theatre, donated by the iconic comedian, features a proscenium stage, continental seating and a hydraulic orchestra pit. It’s an ideal venue for spectacle, movement and grand-scale productions. The vast wing space is ideal for the Theatre and Dance divisions to collaborate with the Music department in interdisciplinary productions. The space also plays host to many dance and opera performances.

The theatre opened in 1968 and was built with gifts from the famed entertainer totaling more than $800,000. Shortly after it opened, as a benefit for the university, Hope performed in the theater in a nationally televised revival of his Broadway hit "Roberta." The show's glittering opening-night party in the Owen Fine Arts Center mixed Dallas power brokers with Hollywood stars.

During his life, Bob Hope was regularly involved at SMU. Learn more about Bob Hope's relationship with SMU and the Meadows School of the Arts. 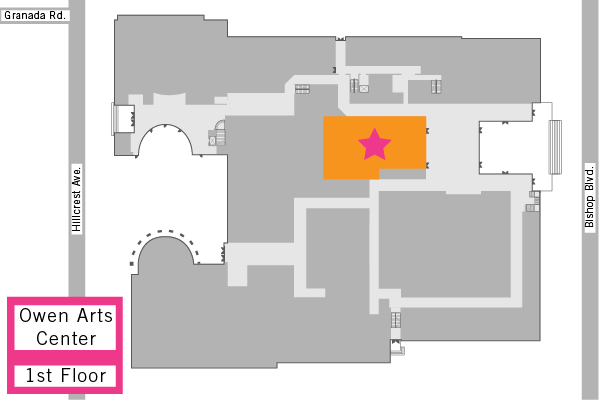