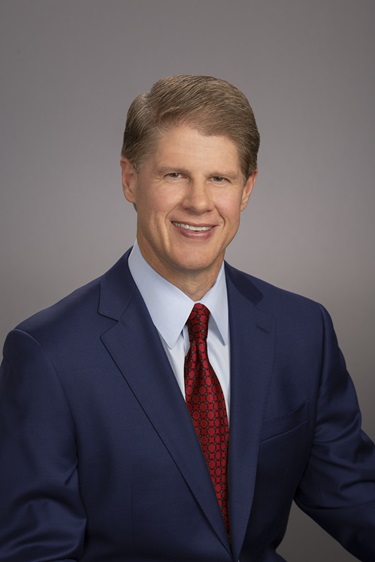 By focusing on the core mission to “honor tradition, unite our community, win with character and inspire our fans,” Clark Hunt ’87 has led the Kansas City Chiefs to a Super Bowl victory and uplifted children and families in crisis through his organization’s numerous charitable initiatives. Hunt has been involved in the leadership of the iconic National Football League franchise for nearly two decades and serves as its chairman and CEO.

Hunt has transformed the Chiefs into one of the NFL’s most successful teams. Since he took over as CEO in 2010, the Chiefs have earned seven AFC West Division Championships, made nine playoff appearances, and hosted an NFL record four consecutive AFC Championship Games. Following the 2019 season, the club earned the Lamar Hunt Trophy as AFC Champions, then went on to win Super Bowl LIV, securing the Chiefs’ second Lombardi Trophy.

Hunt is a leading voice among NFL owners. He is also a founding investor-operator of Major League Soccer and chairman and CEO of FC Dallas.

Hunt and his father, American sports pioneer Lamar Hunt ’56, helped establish MLS in 1996. He has remained an active driver of the league’s significant growth over the last 26 years. Recently, Hunt and his brother, Dan Hunt ’00, were integral in bringing the 2026 FIFA World Cup to North America and securing successful bids to have Dallas and Kansas City serve as host cities.

Hunt graduated first in his class at SMU and earned a bachelor’s degree in business administration. He was a four-year letter winner on the Mustangs’ nationally ranked soccer team, was named one of SMU’s Cox School of Business Outstanding Young Alumni in 2004, received the SMU Cox School of Business Distinguished Alumni Award in 2018 and the SMU Distinguished Alumni Award in 2020.

Hunt and wife, Tavia, are involved in numerous philanthropic efforts focused on children’s health and youth education through the FC Dallas Foundation and the Hunt Family Foundation. They are also actively involved in many other charitable organizations, including the Crystal Charity Ball, Ronald McDonald House and Special Olympics.