Cooking Up Something Good

Cooking up something good

*This story depicts the day-to-day in SMU’s Residential Commons before the COVID-19 pandemic. Now our Faculty in Residence and students are keeping Sunday Night Snacks and other traditions going via Zoom meetups and social postings.

SMU first-year student Sarah Tersigni spoons a tiny piece of eggshell from the four eggs she’s cracked into a glass bowl. She’s making the filling for the lemon squares that she will serve later to fellow students in her residence hall. The Austin native loves to stir things up in the kitchen – she is her family’s designated birthday cake-baker – but she never thought baking would be part of her college routine. 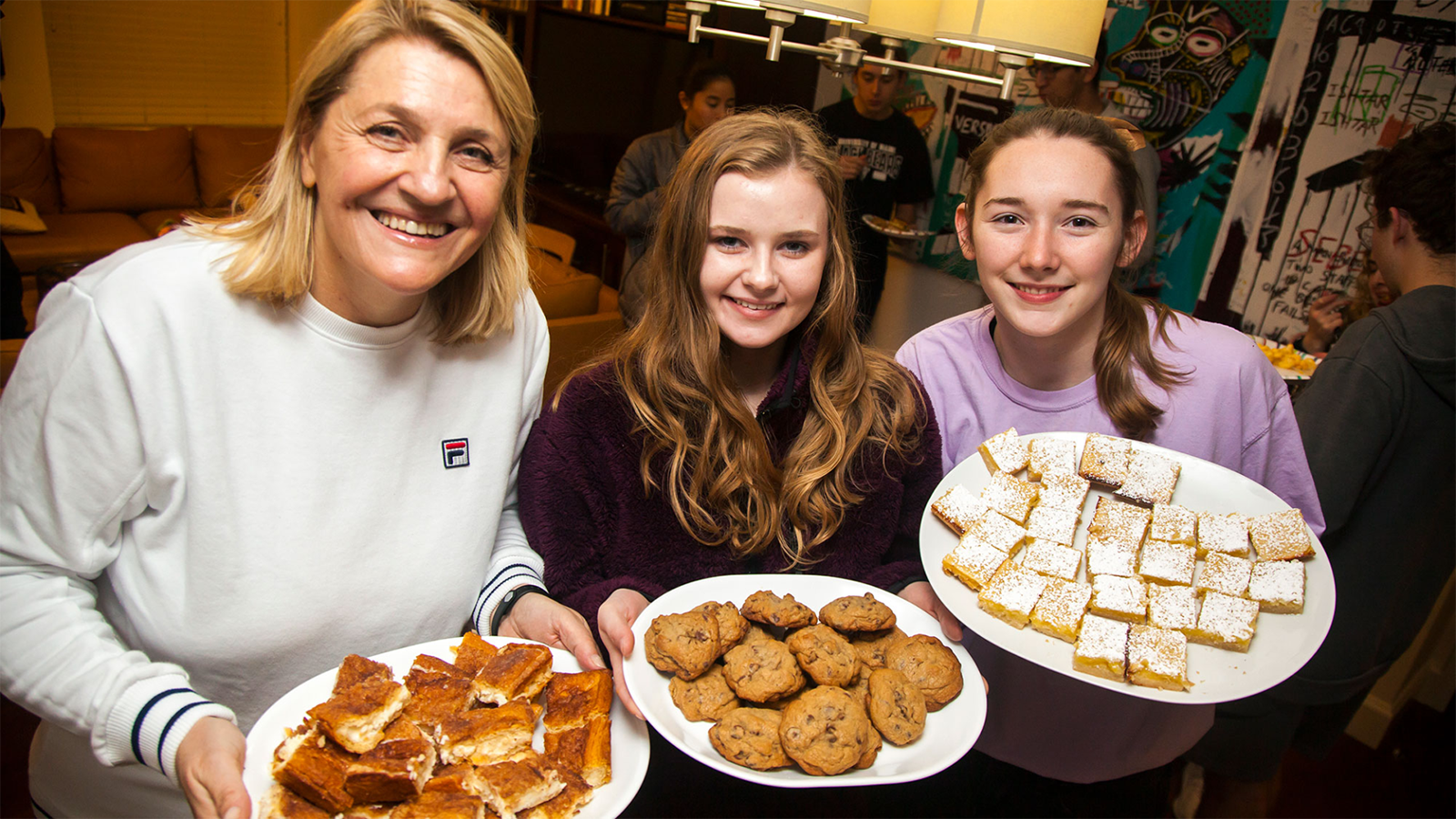 Sarah’s lemon squares are part of a spread served every week to students who live in her Residential Commons, Mary Hay-Peyton-Shuttles. It’s not unusual for more than 100 students to stop by on a Sunday to feast on homemade mac ’n’ cheese, sliders, chocolate Bundt cake, fresh fruit and everyone’s favorite, chocolate chip cookies, prepared by students in Liljana Elverskog’s kitchen. Liljana and her husband, Johan, are SMU professors who live in the Commons as Faculty in Residence. Student residents stream into the couple’s cozy apartment every Sunday night for snacks.

Liljana, a lecturer in foreign languages, and Johan, chair of religious studies, have become accustomed to sharing their kitchen, quadrupling recipes and washing empty trays and serving dishes on Sunday evenings. 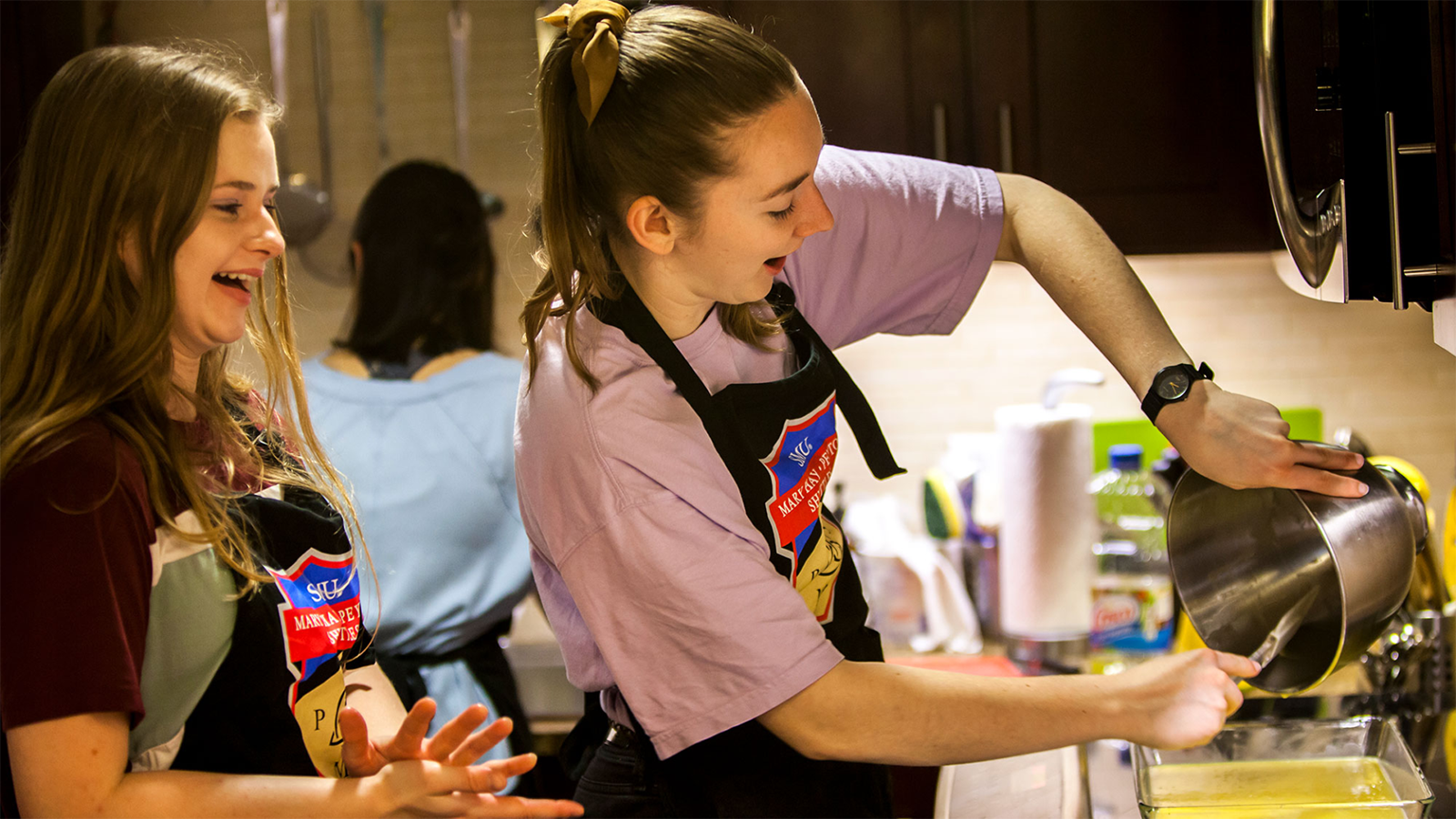 Sophomore Autumn Beck has been baking in Liljana’s kitchen since the beginning of her first year. On a recent Sunday afternoon, she opened the oven to check the banana bread – not quite done. She offered Sarah a lemon-juicing tip and checked the recipe for the next treat, sopapilla cheesecake.

“I was so quiet when I came to SMU,” Autumn says. “At first, when I volunteered to bake, I was afraid to touch anything in Liljana’s kitchen. I actually talk now!”

When the students start arriving at 8 p.m. on Sundays, “it makes me happy to see the cookies I baked light up their night,” she says. 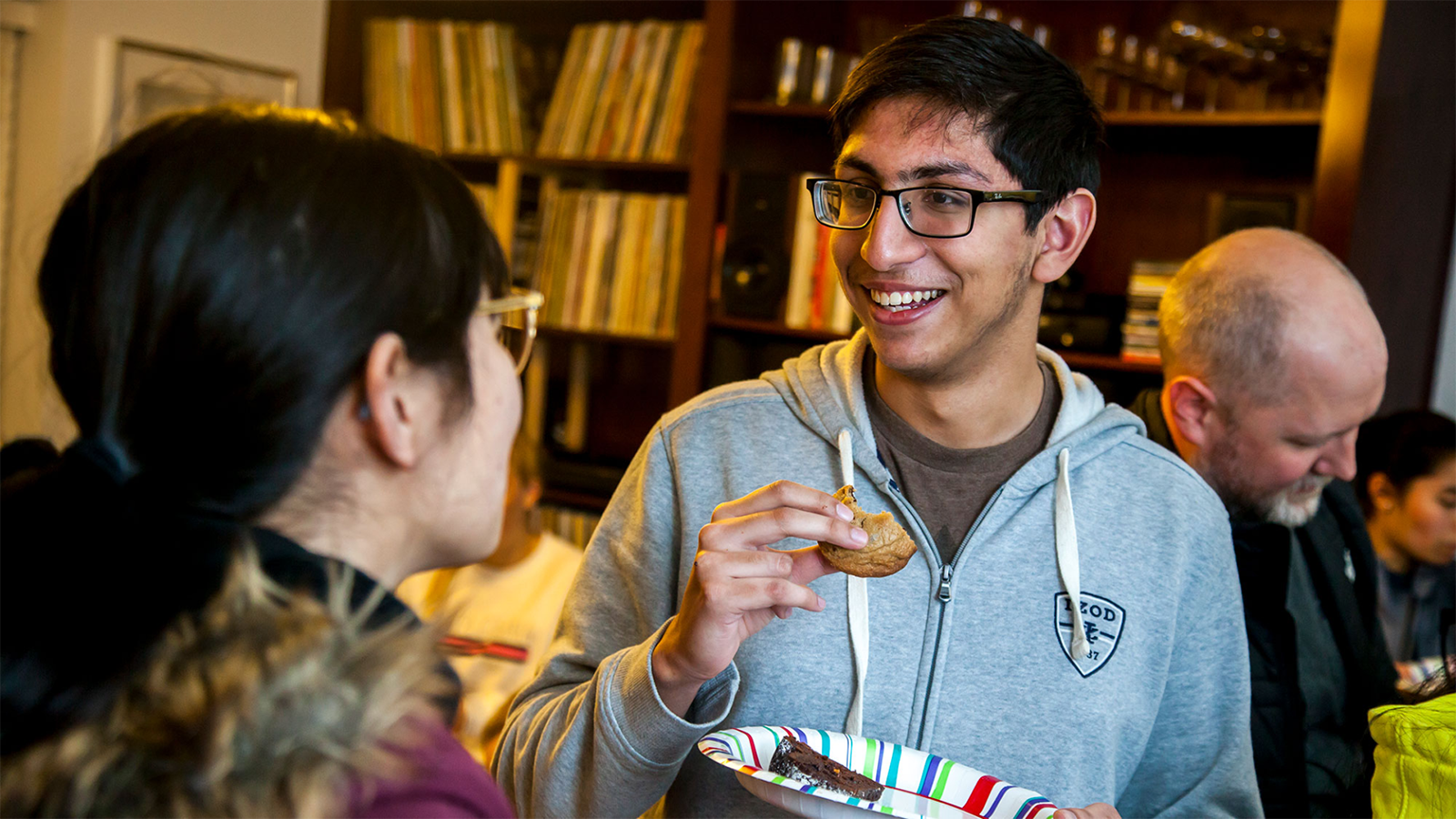 This academic year, SMU celebrates the fifth anniversary of its Residential Commons. In fall 2014, SMU implemented a new approach to campus living with the opening of five additional residence halls to enable all first-year and sophomore students to live on campus. Each of SMU’s 11 Residential Commons were designed or remodeled to include an apartment for a faculty member and family to live as mentors to their student residents in an atmosphere reminiscent of home.

Each Commons has its own color, motto, cheers and traditions. But one simple and deliberate activity has proved most successful in building community – gathering together to prepare and enjoy food. From rustling up Sunday night snacks to hosting a gourmet chef to grilling on a patio, students in each Commons have created a bond of openness, trust and friendship by preparing and enjoying food together. 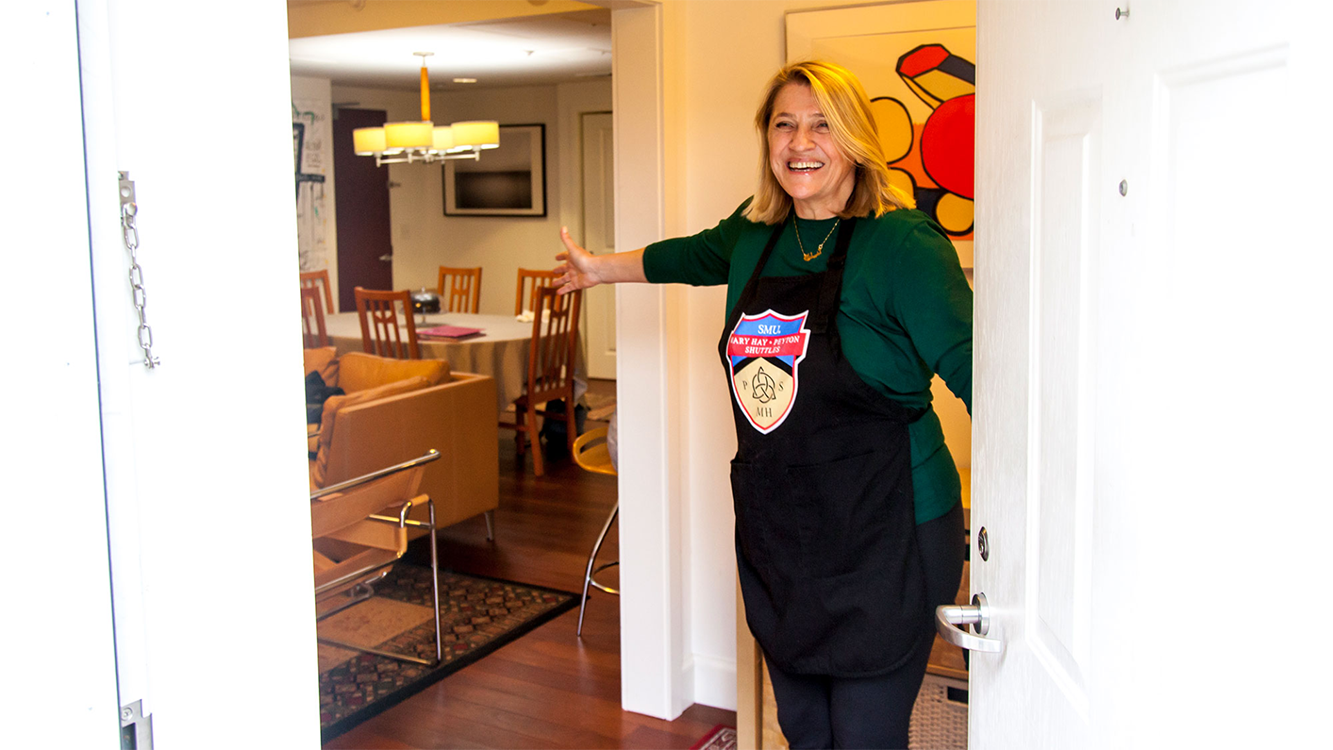 The chocolate chip cookies go fastest in Mary Hay-Peyton-Shuttles Commons most Sunday nights. Liljana pops them in the oven just before students arrive because they are best warm, and that cookie aroma is a student-magnet.

Fellow students seem to agree. After studying for engineering classes all day, Sunday night snacks is a good way to take a break and start the week, says sophomore Felicity Gonzalez as she enjoys a cookie. Logan Parham, a sophomore resident adviser, agrees. “It’s a nice way to decompress and get ready for the week.” First-year student Thatcher Dunlap did not expect to enjoy homemade snacks every week at college – and his friends at other schools are envious, he says.

For Autumn, baking and serving Sunday night snacks in her Commons has helped her find her place at SMU. “Anywhere you feel welcome, you’re going to be yourself,” she says.