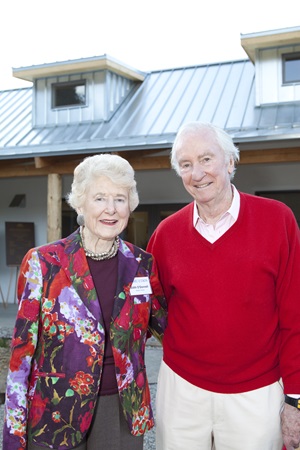 A $2 million gift from the O’Donnell Foundation will name and endow the Peter O’Donnell, Jr. Director of the Data Science Institute at SMU. The new endowment will honor the legacy of renowned humanitarian Peter O’Donnell, Jr. who passed away October 10, 2021 at the age of 97. Part of the University’s $1.5 billion campaign, SMU Ignited: Boldly Shaping Tomorrow, the gift will support SMU’s strategic vision to expand research in this rapidly growing discipline by building on the University’s previous investments in data science.

“Endowing the directorship of SMU’s Data Science Institute is a fitting tribute to Peter’s support of education and demonstrates the importance of technology in the teaching and research missions of institutions of higher education,” said SMU President R. Gerald Turner. “This commitment from the O’Donnell Foundation will further SMU faculty research by supporting an academic position that will bring together faculty, students and external partners to perform critical work in the data sciences field.”

Peter O’Donnell’s drive for excellence in research, innovation and business left an indelible mark that will continue to transform higher education for countless future generations.

O’Donnell and his wife, Edith Jones O’Donnell, who died in 2020, were among Texas’ leading philanthropists. They established the O’Donnell Foundation in 1957 with education at the core of its mission. Over the years, their generosity has reached across the state in support of STEM education and teacher training, scientific research and arts education and programming.

“The O’Donnells were true visionaries whose leadership and generosity inspired the best in others,” said William T. Solomon ’65, chairman, president and CEO of the O’Donnell Foundation. “Peter’s drive for excellence in research, innovation and business left an indelible mark that will continue to transform higher education and the state of Texas for future generations.”

The University is conducting a national search for a leader in data science research for the endowed leadership position within SMU’s Data Science Institute, housed in the Gerald J. Ford Hall for Research and Innovation. Launched in fall 2020 and reporting to SMU’s provost and vice president for Academic Affairs, the institute coordinates and facilitates interdisciplinary research teams and programs on campus and advances research collaboration with corporate, nonprofit, governmental and academic partners.

This commitment from the O’Donnell Foundation will further SMU faculty research by supporting critical work in the data sciences field.

The institute director will be critical in aggregating data science expertise across the University’s eight schools. Reporting to the provost, the director will support data science research initiatives across SMU’s campus as an interdisciplinary academic leader.

“Artificial intelligence and machine learning have emerged as powerful tools that are transforming how we do research, make decisions and engage creativity. The O’Donnell Director of the Data Science Institute will work across disciplines to lead the University’s faculty in applying the power of big data toward societally impactful exploration,” said Elizabeth G. Loboa, SMU provost. “We are grateful to the O’Donnell Foundation for their investment in the Data Science Institute and its power to advance SMU into the next level of nationally recognized universities.”

The Data Science Institute also serves as the gateway to SMU’s high-performance computing ecosystem, which recently took a giant leap forward through a collaboration with accelerated computing leader NVIDIA. The University is investing $11.5 million in hardware, software and training to strengthen the University’s artificial intelligence (AI) infrastructure with an NVIDIA DGX SuperPOD. The powerful new system will give SMU faculty, students and research partners the ability to integrate world-leading AI technology across a wide array of research disciplines. The Peter O’Donnell, Jr. Director of the Data Science Institute at SMU will play a key role in focusing and guiding these resources. The new faculty member will also be a driver in the University’s pursuit of the top R1 research status as designated by the Carnegie Classification of Institutions of Higher Education.

“SMU is grateful for the O’Donnell Foundation’s investment in shaping world changers by supporting bold leadership and innovative data science programming,” said Brad E. Cheves, vice president for Development and External Affairs. “Fueled by the NVIDIA partnership and this endowed directorship from the O’Donnell Foundation, the Data Science Institute is poised to become a leader in pioneering research.”

We are grateful to the O’Donnell Foundation for their investment in the Data Science Institute and its power to advance SMU into the next level of nationally recognized universities.

A commitment to community

A Dallas native, Peter O’Donnell, Jr. dedicated his life to bettering his community and his state through service in the military, nonprofit and political sectors. A graduate of Sewanee: The University of the South in 1947, O’Donnell went on to receive an MBA from the Wharton School of the University of Pennsylvania following his naval service during World War II. After his military service, O’Donnell went on to serve as the state chairman of the Republican Party (1962–1969) and on the President’s Foreign Intelligence Advisory Board (1981–1985).

Upon his return to his hometown, O’Donnell spent the remainder of his life focusing on improving education, supporting the arts and actively working in politics in Dallas and throughout the state of Texas. He and wife Edith Jones O’Donnell, who passed away in 2020, founded the O’Donnell Foundation in 1957, which seeks to improve STEM education by building model programs to better enhance and develop teaching and learning in Texas. The foundation also supports Advanced Placement programs in math, science, English and art, as well as higher education arts programming.

In 2005, O’Donnell was elected to the American Academy of Arts and Sciences and served on the Presidents’ Circle of the National Academy of Sciences. A founding member of the Academy of Medicine, Engineering and Science of Texas, O’Donnell also founded Laying the Foundation and the Advanced Placement Incentive Program, which seeks to increase the participation of low-income students in Advanced Placement courses and tests.

The O’Donnells’ commitment and service to SMU ran long and deep. Peter O’Donnell, Jr. served as a member of the Board of Trustees (1973–1981), the Board of Governors (1974–1981) and on the Lyle School of Engineering Executive Board (1990–1991). In 2008, honoring their incredible contributions to education and art, Peter and Edith O’Donnell were granted the degrees of Doctor of Humane Letters, honoris causa, an honor only granted to those who have exhibited remarkable philanthropy through contributions to humanitarian and charitable causes. The O’Donnell Foundation itself was awarded the Mustang Award in 2014. And Peter O’Donnell, Jr.’s relationship with the University was further strengthened through his support of programs across SMU, including SMU-in-Taos, Dedman College of Humanities and Sciences and Meadows School of the Arts.

SMU is the nationally ranked global research university in the dynamic city of Dallas. SMU’s alumni, faculty and more than 12,000 students in eight degree-granting schools demonstrate an entrepreneurial spirit as they lead change in their professions, communities and the world.

Building on its history of excellence, the University has launched SMU Ignited: Boldly Shaping Tomorrow – a multiyear $1.5 billion campaign to empower outstanding students, to enrich teaching and research and to enhance our campus and community. A generous contribution to the campaign’s endowment and current-use goals, the O’Donnell Foundation’s gift is the most recent in a series of significant commitments to SMU’s future, including $50 million from the Garry Weber Foundation for expansions to Gerald J. Ford Stadium; $50 million from Carolyn L. and David B. Miller ’72, ’73 for endowed scholarships and the expansion and renovation of the Cox School of Business facilities; and $100 million from the Moody Foundation to establish the Moody School of Graduate and Advanced Studies.

The Peter O’Donnell, Jr. Director of the Data Science Institute will further fuel SMU Ignited’s goal to enrich teaching and research by expanding endowed positions for both new and current faculty members and academic leaders.