DALLAS (SMU) – Four outstanding SMU faculty researchers have been named as 2021 Ford Research Fellows. This year’s recipients are Alejandro Aceves, Joseph Camp, Heather DeShon, and Xin-Lin Gao, all of whom will be honored by the SMU Board of Trustees this fall.

Established in 2002 through a $1 million pledge from SMU Trustee Gerald J. Ford, the fellowships help the University retain and reward outstanding scholars through cash prizes for research support during the year. 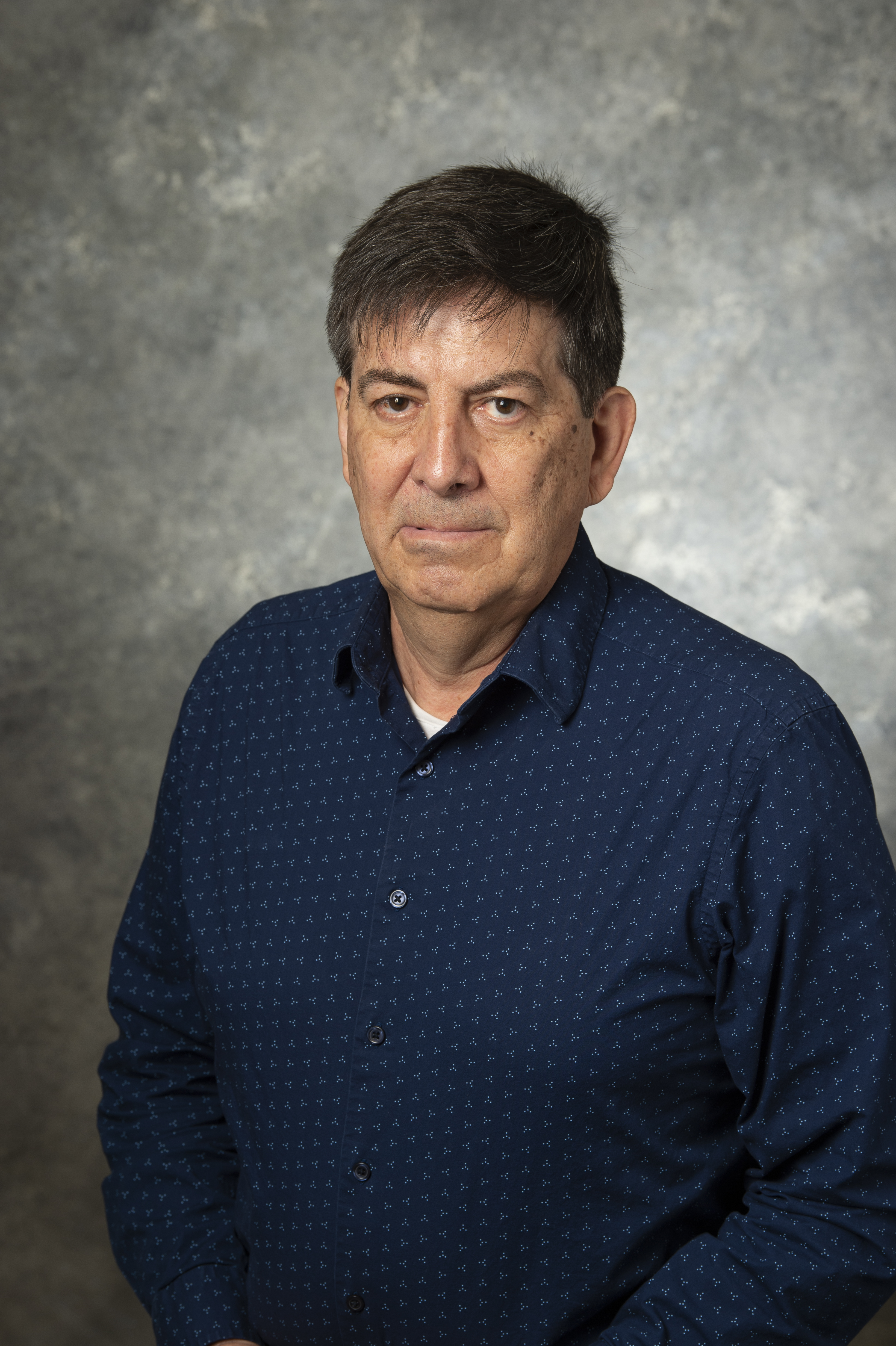 Alejandro Aceves is professor and chairman of the Department of Mathematics in Dedman College of Humanities and Sciences. His research focuses on the mathematical modeling of phenomena in nonlinear optics. His pioneering contributions in the areas of optical gap solitons, spatiotemporal localization in optical array systems and UV filamentation resulted in his being named a Fellow of the Optical Society of America, the world’s leading professional association in optics and photonics. Since 2013, Aceves has received more than $1 million in grants from the Department of Defense and the National Science Foundation. His book chapters and articles in journals and conference proceedings have garnered more than 3,500 citations, and he has been invited to be a visiting professor at prestigious research institutions such as the Max Plank Institute. He has also served in leadership roles in the Optical Society of America and the Society for Industrial and Applied Mathematics (SIAM), having helped to organize conferences and hosting a regional conference at SMU. This year, he was named SIAM Fellow. Prior to joining SMU in 2008 he advanced from assistant to full professor and Chair of the Department of Mathematics and Statistics at the University of New Mexico. Aceves earned his B.S. in Physics from the Universidad Nacional Autonoma de Mexico, an M.S. in Applied Mathematics from the California Institute of Technology, and a Ph.D. in Applied Mathematics from the University of Arizona. 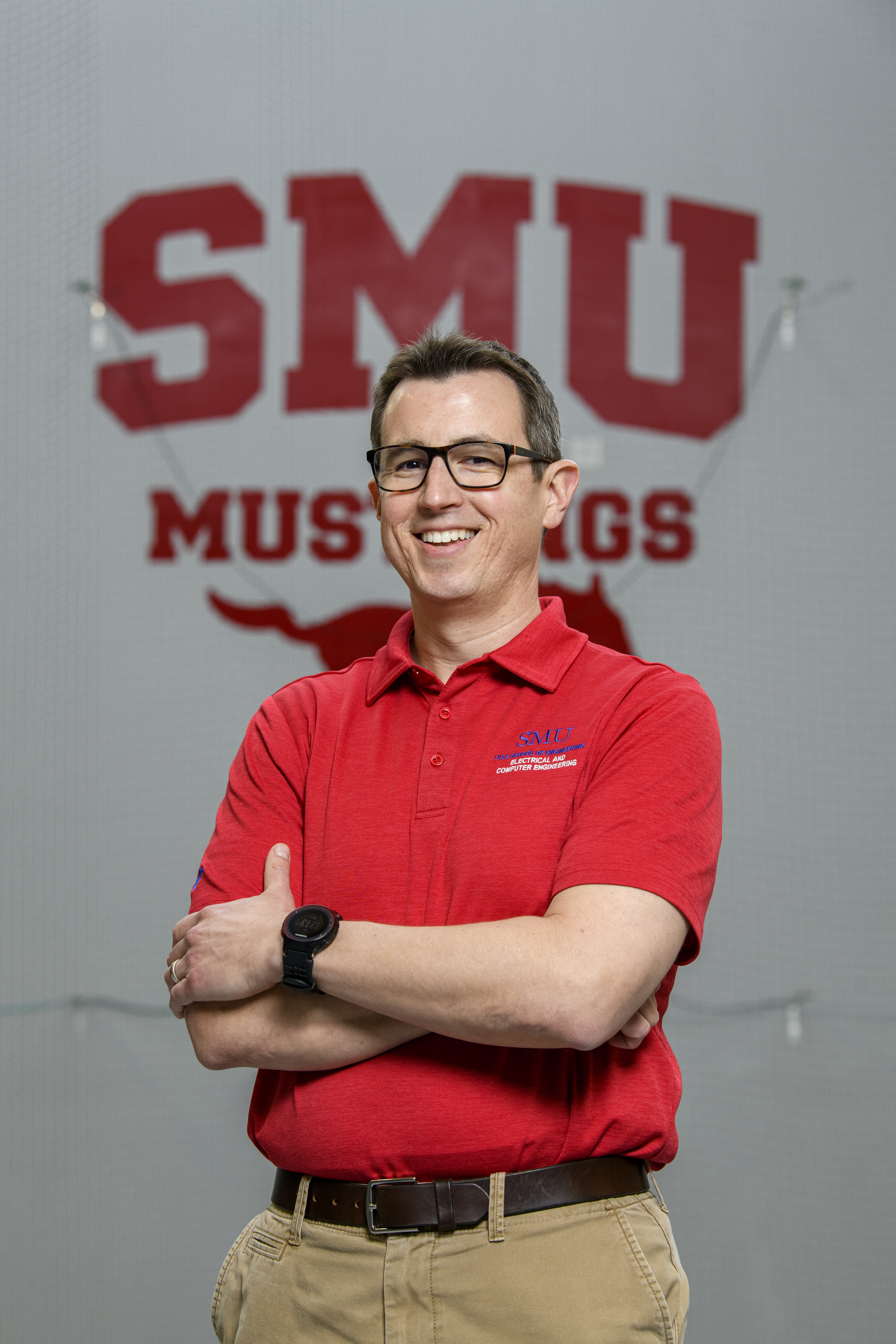 Joseph Camp is associate professor in the Department of Electrical and Computer Engineering in the Lyle School of Engineering, where his research is focused on experimental wireless network design and embedded systems. His is one of the few experimental wireless networking programs in the country that combines laboratory experiments, in-situ experiments in the Dallas metropolitan area and SMU in Taos, and large-scale crowdsourced data. In addition, he has established a drone-based wireless research facility that is being used by researchers and students from multiple universities around the country. His research has contributed to the improvement in performance of vehicular wireless networks using contextual information available in smartphones, and he is developing methods for accurate prediction of wireless performance in a wide range of environmental conditions. A key to his research is the use of crowdsourcing data from over 200 million users worldwide, which he has gathered over many years using a mobile phone app that his team developed. Since joining SMU in 2009, Camp has been the principal investigation on external grants totaling more than $2.4 million from the National Science Foundation (NSF), Department of Homeland Security, and the Air Force. He won a prestigious NSF Career Award, and his publications have been cited more than 1,600 times. Camp earned a B.S. in Electrical and Computer Engineering at the University of Texas at Austin, and a M.S. and Ph.D. in Electrical and Computer Engineering at Rice University. 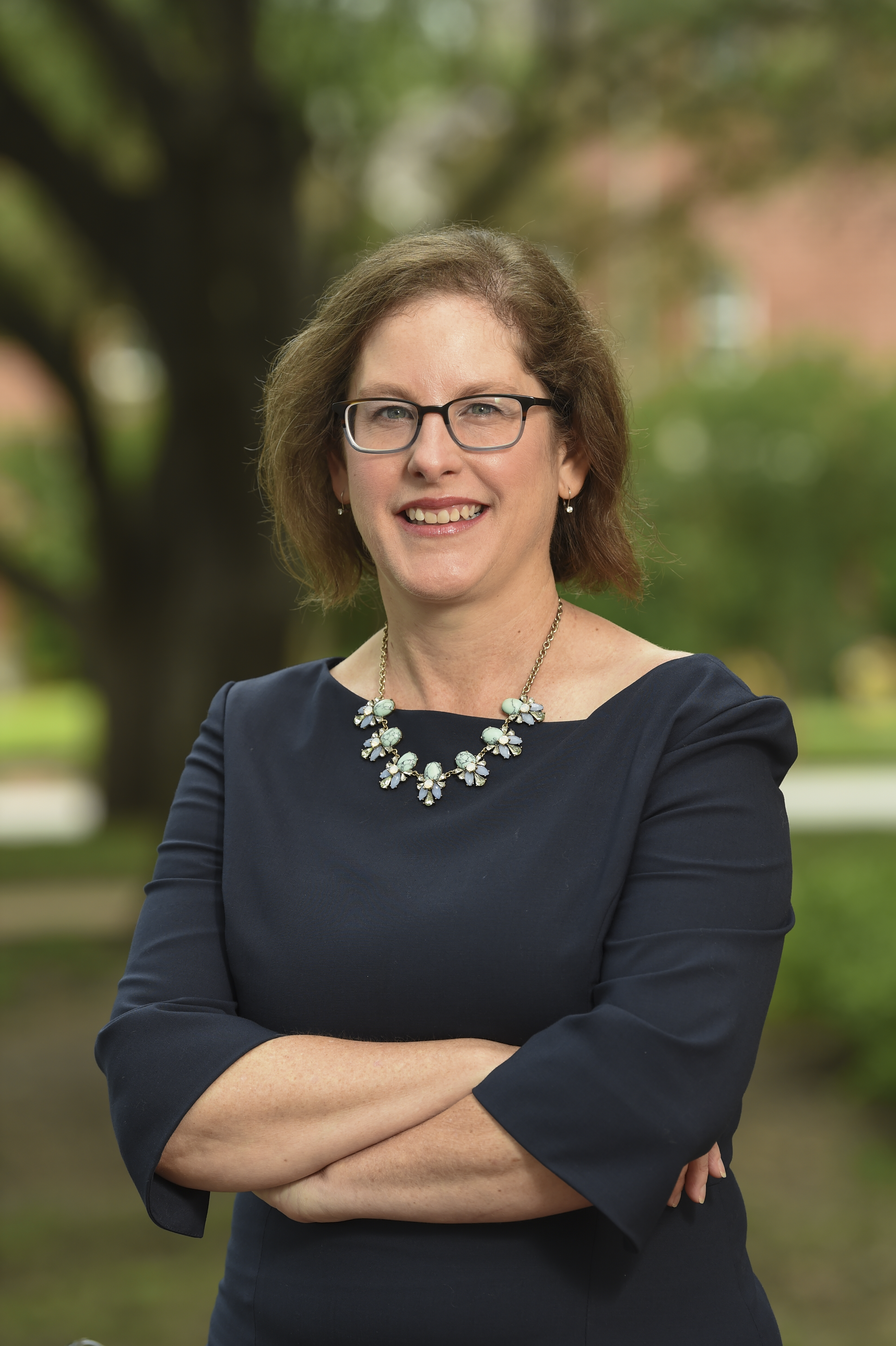 Heather DeShon is professor and director of undergraduate studies in the Huffington Department of Earth Sciences in Dedman College of Humanities and Sciences. A geophysicist, DeShon specializes in earthquake location, source processes and seismic tomography. She is known for creatively combining datasets to provide insight into earthquake and volcano processes. DeShon led the response to induced earthquake activity in North Texas and, as the principal investigator of the North Texas seismic network, appears regularly in news outlets to explain regional quakes. She has also written highly-cited studies of the New Madrid Seismic Zone and of the magnitude 9.2 Sumatran earthquake, which caused a tsunami that killed more than 200,000 people in 2004. DeShon’s publications have garnered over 4,000 citations, and since joining the SMU faculty in 2012, her research has attracted $1 million in funding from the NSF, the U.S. Geological Survey, and the State of Texas. She currently serves on the Board of Directors for the Seismological Society of America and on the Steering Committee for the U.S. Geological Survey National Seismic Hazard Model. DeShon was a President’s Scholar at SMU, where she earned her B.S., magna cum laude with honors in the liberal arts in Geophysics and Mathematics. She earned her Ph.D. in Earth Science at the University of California, Santa Cruz. DeShon previously held the position of Assistant Research Professor at the Center for Earthquake Research and Information at the University of Memphis. 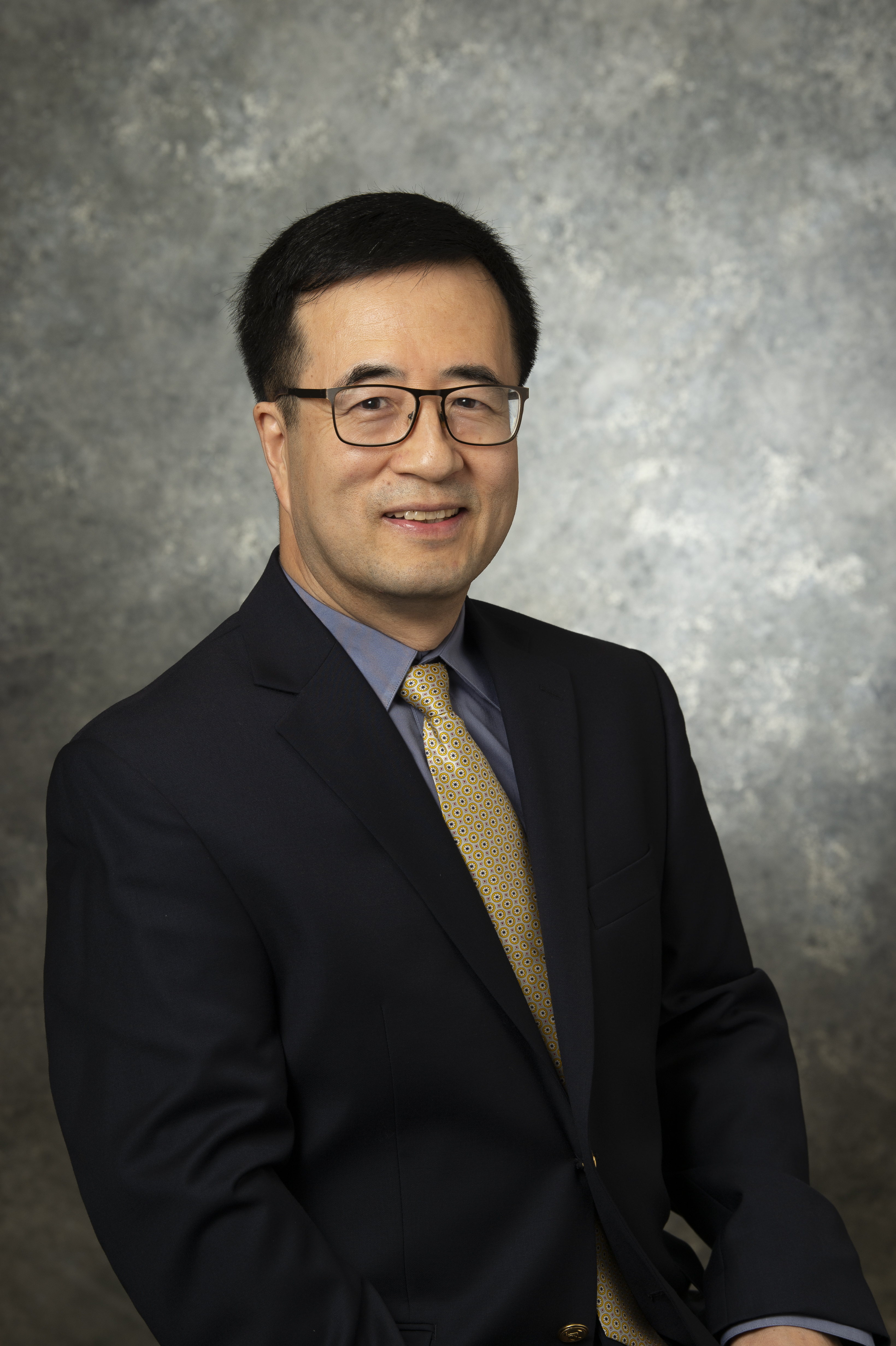 Xin-Lin Gao is a professor in the Department of Mechanical Engineering at the Lyle School of Engineering. He conducts research on the mechanical behavior of materials under different forcing/loading conditions and develops mathematical models for various materials. His activity in these areas has been diverse and wide ranging, including both theoretical developments and applications of theories to important problems such as improved understanding of the factors influencing traumatic brain injury and the development of 3-D printed composite materials with tailored mechanical properties for high-temperature aerospace applications. His 140-plus journal articles and three book chapters have been widely-cited and, based on total citation numbers, Google Scholar lists him as 5th in the field of materials modeling and 60th in the field of solid mechanics. Gao’s research has been funded by external grants and contracts totaling $676,000 since he joined SMU in 2014, and his work to develop lightweight, composite gun tubes capable of firing a high-velocity projectile is funded by the U.S. Army. He earned a Bachelor of Engineering in Mechanical Engineering at Lanzhou University of Science and Technology; a Master of Engineering in Mechanical Engineering at East China University of Science and Technology; a Master of Science in Engineering Mechanics and a Ph.D. in Mechanical Engineering at the University of Wisconsin-Madison. He has held faculty positions at Michigan Technological University, Texas A&M University, and the University of Texas at Dallas.