Since graduating with a degree in dance almost 50 years ago, Meadows alum and award-winning director Lesli Linka Glatter (B.F.A. ’74) has traveled the world building a vibrant arts career.

Though Meadows alum Lesli Linka Glatter (B.F.A. ’74) initially started her post-college profession as a dancer and choreographer, she has since made her mark on Hollywood in a decades-long career as a director. Between an Academy Award nomination for her very first short film and having Steven Spielberg as an industry mentor, Glatter has experienced quite the journey since her time at SMU.

Following her graduation, Glatter became a professional modern dance choreographer which took her across the world to New York City, Paris, and London, and eventually landed her in Tokyo. It was in Tokyo that fate intervened in her career path. One day, in a busy area of the city, she stepped into a bustling café for a coffee and ended up sharing a table with an older Japanese gentleman who, following a riveting conversation, eventually became a father figure and mentor for Glatter. Throughout their relationship, this gentleman regaled her with his incredible life stories and six of these stories in particular, each one taking place on a different Christmas Eve, made a profound impact.

“It was an education in how similar we are as humans and how beautifully different we are culturally, and what you can learn about the human condition from another culture,” explains Glatter of her time in Tokyo and hearing this gentleman’s stories. “They were so beautiful and so human, I knew that these stories were more than just me holding them and that I needed to pass them on in some way.” 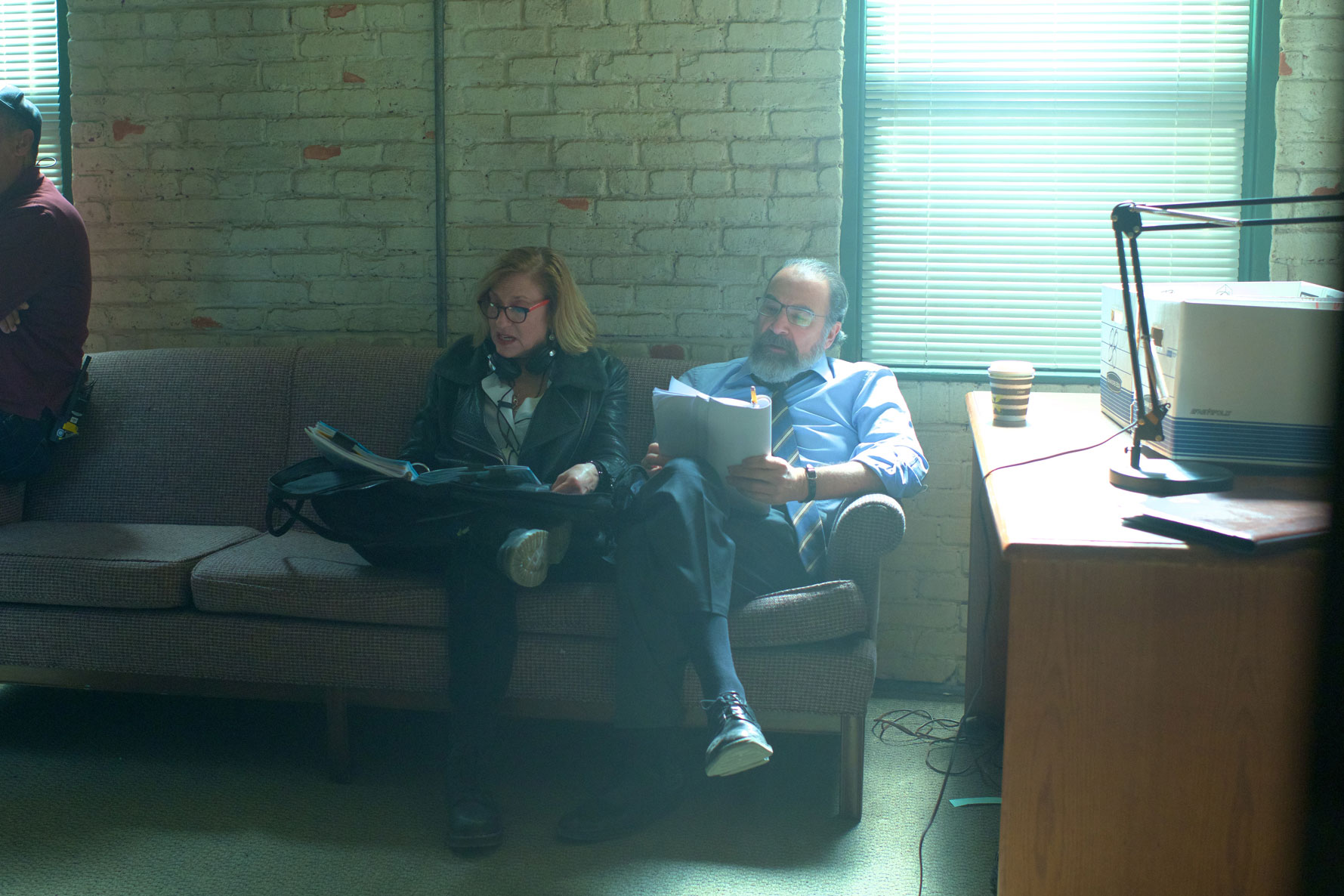 After a conversation with friend and film director George Miller, who encouraged her to pursue her desire to tell these stories on a wider platform such as film, she knew that directing was her next chapter. But before she could successfully tell these stories on film, as someone new to the industry, she understood she would need to truly grasp every aspect of the trade. While her background in dance did not lend a direct hand to succeeding in film, the principles she learned as a dancer at Meadows provided a solid foundation from which to build her film career.

“All of the arts are connected, and I think if you excel in one area, there are many things that translate over to another form,” says Glatter of the transition between dance and film. “You absolutely must learn the tools that are specific to that new form.”

The first thing Glatter did to enhance her film toolbox was attend an acting class so she would know how to talk and connect with actors on her set in a language that would make sense to them. She then picked up a still camera, experimenting with the emotions evoked when utilizing different lenses. Through her accumulation of skills, and participation in the Directing Workshop for Women at the American Film Institute, she finally felt ready to commemorate her Japanese mentor’s stories on film.

Since this directorial debut short film titled Tales of Meeting and Parting, which led to Glatter’s first Academy Award nomination, she has built an incredible portfolio of credits in the film industry. From feature films starring household names like Now & Then to long-running hit action series like Homeland, to name just a couple of her projects, Glatter has clearly made a name for herself in an industry that is notoriously difficult to break into.

“It takes a lot of tenacity to succeed in any field, but in film, it takes a huge amount of tenacity because you will get a lot of nos, but it only takes one yes,” Glatter explains. “You have to tell the stories you want to tell and remember the joy. If you forget why you wanted to tell stories because it’s been so hard to get there, then you’ve lost something that is so very important.” 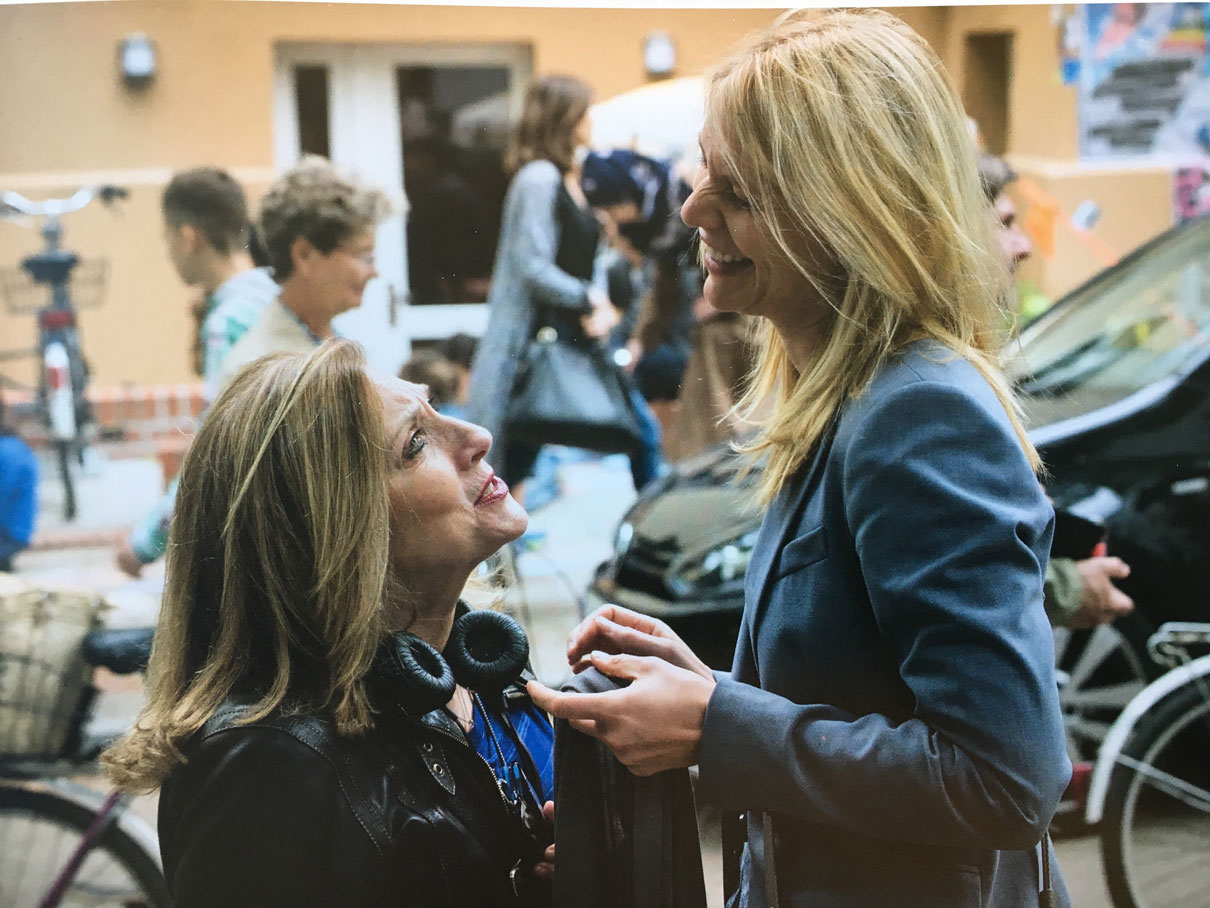 It is this philosophy that has helped drive Glatter, who refers to herself as a realistic optimist, to succeed in an industry that can so often beat you down, especially as a woman or person of color. Since Glatter started in the film industry, she has mentored other women directors and directors of color to empower and help them in their industry journey. And while she has formed mentorships on a personal level, she was also eager to make change at the corporate level as well. To help bring the inclusive vision for Hollywood into reality, Glatter currently serves as the President of the Directors Guild of America.

“With anything in the arts, we are always growing, changing, and learning,” she says. “There’s room at the table for all kinds of stories and that’s the world I want to live in.”

Next up in Glatter’s world? A true crime drama limited series called Love and Death for HBO. This new show allowed Texas native Glatter to get back to her roots and film in Texas for the first time, as the American tragedy it follows is based on a true story that took place in Wylie, TX. You can catch Love and Death airing on April 27, 2023 on HBO.