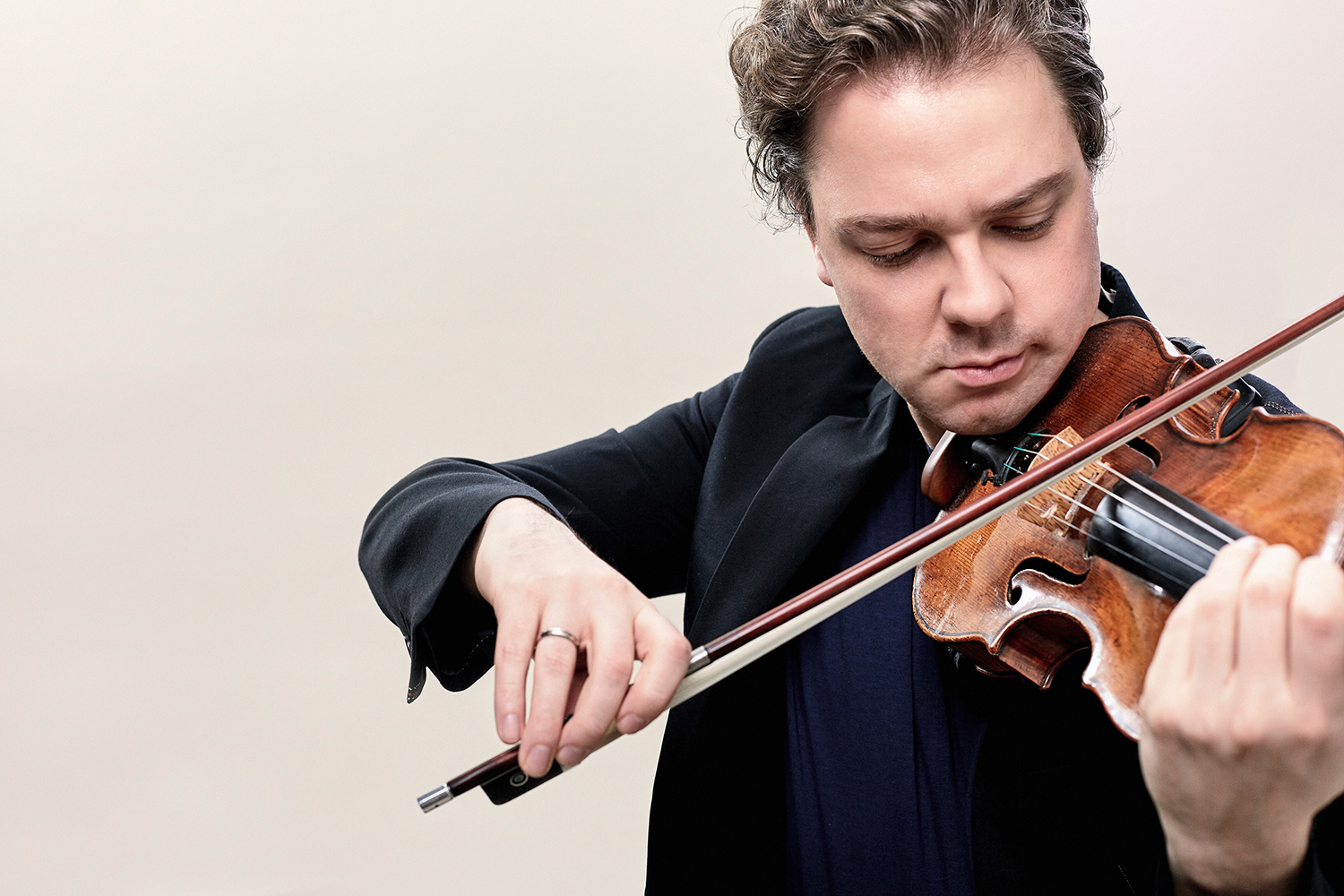 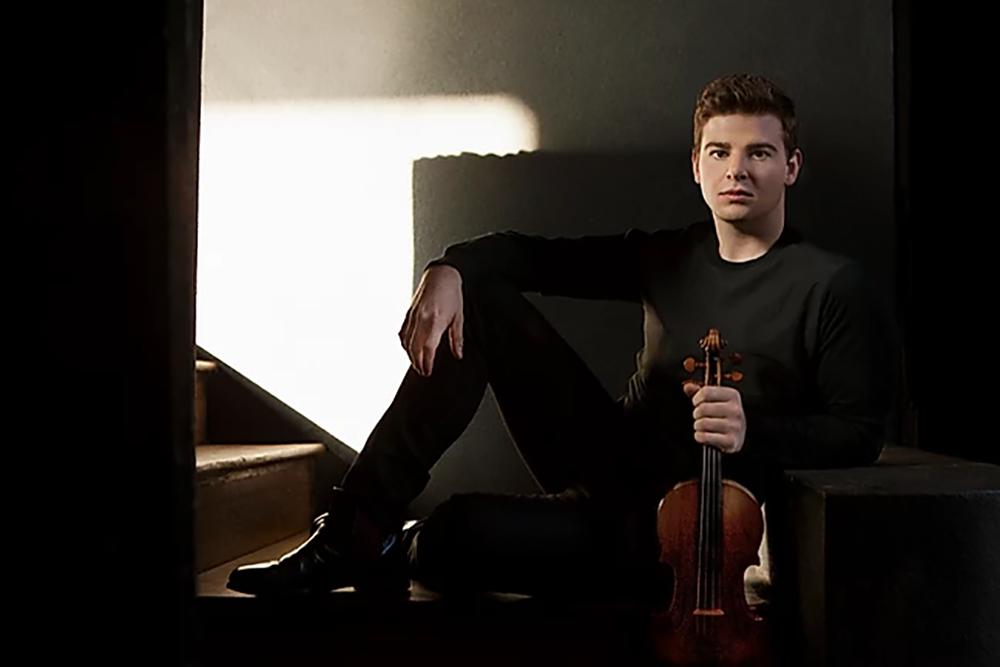 DALLAS (SMU) – Following an international search, renowned violinists Alexander Sitkovetsky and Chad Hoopes have been appointed to the faculty at Southern Methodist University’s Meadows School of the Arts in Dallas, Texas, beginning in fall 2020.

Sitkovetsky is an international concert artist who trained at the Yehudi Menuhin School in London and has performed as a guest soloist with dozens of major orchestras worldwide, including the Royal Philharmonic, Tokyo Symphony and Moscow Symphony. He is a critically acclaimed recording artist, recipient of the 2016 Lincoln Center Emerging Artist Award and a founding member of the award-winning Sitkovetsky Trio. He will serve as artist-in-residence at SMU.

Since winning first prize at the 2008 Yehudi Menuhin International Violin Competition, Chad Hoopes has established himself as an impressive and versatile artist, frequently performing with leading ensembles across the globe. He is a 2017 recipient of Lincoln Center’s Avery Fisher Career Grant, a member of the Chamber Music Society of Lincoln Center, and served as the Munich Symphony’s first artist-in-residence, a position created specifically for him after his acclaimed debut with the orchestra. Hoopes studied at the Cleveland Institute of Music and at the Kronberg Academy in Germany. He will serve as professor of practice at SMU.

“We are all excited about these new additions to our distinguished Music Division faculty,” said David Mancini, director of the division. “These hires demonstrate the division’s continuing commitment to the finest string instruction possible.”

At SMU, Sitkovetsky and Hoopes will teach individual students and conduct studio classes. They will also perform with students in semester-long chamber music workshops and present public recitals.

“I am delighted to be appointed artist-in-residence at the SMU Meadows School of the Arts,” said Sitkovetsky. “This is an incredible opportunity to contribute in many different facets to the musical fabric of this historical institution and world-class university. I look forward to working with my outstanding colleagues to enrich the cultural lives of the students and to continue to develop this renowned program.”

“I am thrilled to be joining the wonderful faculty at SMU Meadows, and look forward to sharing all of my experiences with the students and helping them achieve their goals!” said Hoopes.

Alexander Sitkovetsky was born in Moscow into a family with a well-established musical tradition. His concerto debut came at the age of eight, and in the same year he moved to the UK to study at the Yehudi Menuhin School. Lord Menuhin was his inspiration throughout his school years and they performed together on several occasions.

Sitkovetsky was awarded first prize at the Trio di Trieste Duo Competition alongside pianist Wu Qian. He is an alumnus of the prestigious Chamber Music Society Two program at Lincoln Center, and in 2016 received the Lincoln Center Emerging Artist Award.

Sitkovetsky is a founding member of the Sitkovetsky Trio, with whom he has won various prizes including the Mecklenburg-Vorpommern Kammermusik Prize. The trio has performed all over the UK and Europe, including Alte Oper Frankfurt, Concertgebouw Amsterdam and Wigmore Hall, and recently toured Asia. For more information, visit the artist’s website.

Acclaimed by critics worldwide for his “jaw-dropping virtuosity” and magnificent tone, American violinist Chad Hoopes remains one of the most consistent and versatile artists of his generation.

Highlights of recent seasons include performances with the China Philharmonic, the Philadelphia Orchestra, Vancouver Symphony, Orchestre de Paris, l’Orchestre National du Capitole de Toulouse and Konzerthausorchester Berlin. He has performed with leading orchestras including the San Francisco, Pittsburgh and Houston symphonies, as well as the Cleveland Orchestra, Minnesota Orchestra, Colorado Music Festival Orchestra, the National Symphony Orchestra and the National Arts Centre Orchestra. As an alumnus of the Bowers Program, Hoopes frequently performs with the Chamber Music Society of Lincoln Center both on their tours and at Lincoln Center’s Alice Tully Hall. He has performed recitals at the Ravinia Festival, the Tonhalle Zürich, the Louvre, the Kennedy Center and on Lincoln Center’s Great Performers Series.

Hoopes’ recordings include the Mendelssohn and Adams concertos with the MDR Leipzig Radio Symphony Orchestra, several on the Music@Menlo Live label, and as part of the complete volume of Bernstein’s Piano and Chamber Music, produced by the WDR Cologne.

Hoopes is a frequent guest artist at the Menuhin Festival in Gstaad, Switzerland, the Rheingau Festival, and at Festspiele Mecklenburg-Vorpommern, where he was named winner of the prestigious Audience Award. He served as the Munich Symphony Orchestra’s first artist-in-residence, a position created specifically for him after his highly acclaimed debut with the orchestra.

Born in Florida, Hoopes began his violin studies at the age of three in Minneapolis, and continued his training at the Cleveland Institute of Music with David Cerone. He studied at the Kronberg Academy under the guidance of Professor Ana Chumachenco, who remains his mentor. Hoopes is a 2017 recipient of the Avery Fisher Career Grant and won first prize at the 2008 Yehudi Menuhin International Violin Competition. He plays the 1991 Samuel Zygmuntowicz violin formerly owned by Isaac Stern. For more information, visit the artist’s website.