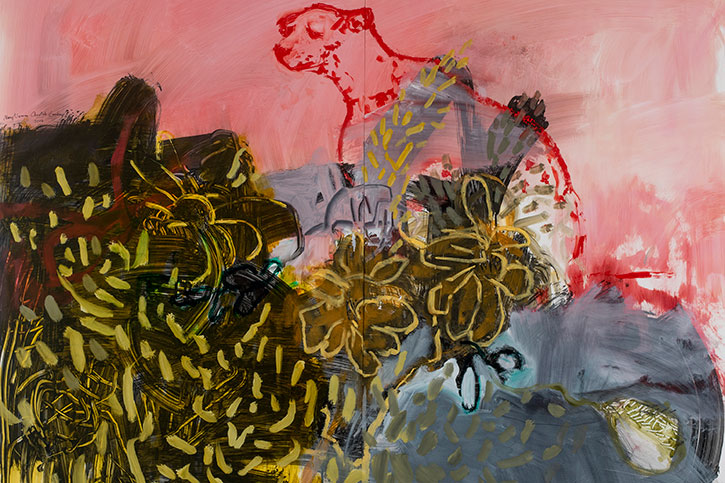 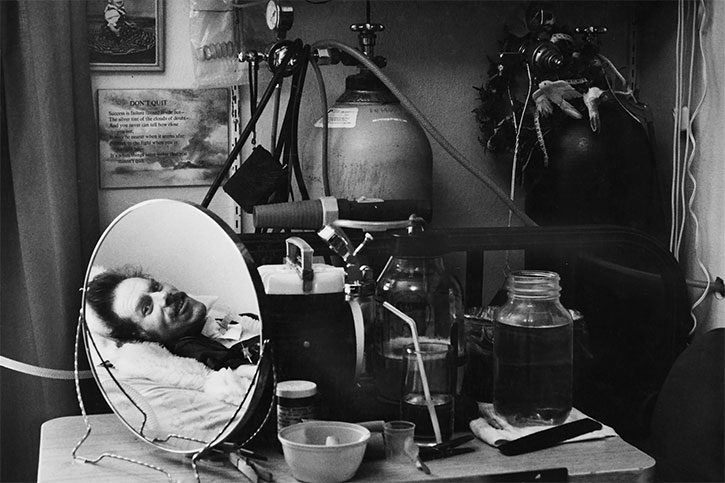 Debora Hunter, untitled, 1980
[from the series “Waiting: Portraits of the Terminally Ill”] 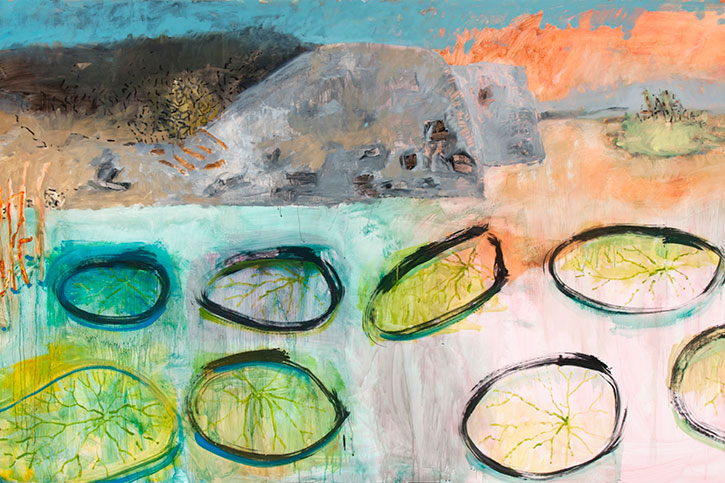 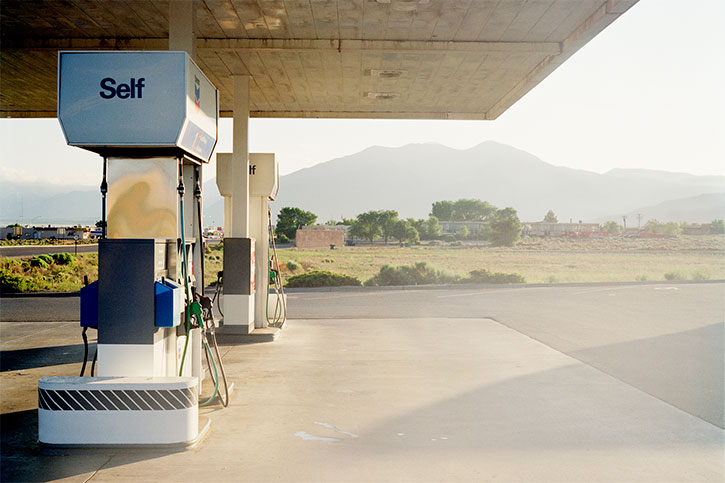 The Pollock Gallery of the Division of Art at SMU’s Meadows School of the Arts will present EMERITA: A retrospective of Debora Hunter and Mary Vernon, an exhibition featuring works by the two recently retired SMU art professors, from September 7 to October 20, 2018.

The exhibit will feature both color and black and white photos by Hunter. Included are images of Taos, N.M., exploring the relationship between the manmade and the natural, and photos showing care at the beginning of life, featuring babies, and at the end of life, focusing on hospice patients, among other bodies of work. Vernon has taken a painting from 20 years ago, Normandy, and reflected on it to make a new painting, Normandy Again. Her paintings feature her interpretations of landscapes and still lifes, often marked by soft lines and blended colors in media including oil, acrylic and graphite.

“Both Mary and Debora were profoundly influential professors as well as established artists,” said Sofia Bastidas, curatorial fellow of the Pollock Gallery. “Their work is fueled by a diversity of encounters and perspectives, combining unbridled imagination with disciplinary rigor and incisive critical thought. This exhibit builds upon their legacy of excellence in the fields of art and pedagogy.”

An opening reception with Hunter and Vernon will be held Saturday, Sept. 8 from 5 to 7 p.m. in the gallery. A publication about the artists will accompany the show and will include essays by James Sullivan and Temple Shipley.

Debora Hunter, professor emerita of art, joined the SMU faculty in 1976 after earning a B.A. in English literature from Northwestern University and an M.F.A. in photography from Rhode Island School of Design, where she worked with Harry Callahan, Aaron Siskind and the visiting faculty of Minor White and Lisette Model. In her more than four decades of teaching at SMU she guided the Division of Art in the transition from chemical-based to digital photography. She also taught for over 20 years in SMU-in-Taos. She has had solo exhibitions at the Museum of Contemporary Photography in Chicago and the International Museum of Photography at the George Eastman House in Rochester, N.Y., and has participated in group exhibitions at museums throughout the country, including the Hirshhorn Museum and the Corcoran Gallery of Art in Washington, D.C., Amon Carter Museum in Ft. Worth, Dallas Museum of Art and many others. Her work is in the permanent collections of the Art Institute of Chicago, Corcoran Gallery, Houston Museum of Fine Art, Dallas Museum of Art and other notable museums. She was named the Dallas Art Fair Artist Honoree in 2016. For more about the artist, please visit deborahunter.com.

Mary Vernon, professor emerita of art in Meadows School of the Arts, joined SMU in 1967 after earning her B.F.A. in art history and M.A. in art and art history from the University of New Mexico. She served as chair of art history from 1979 to 1981 and chair of art from 1987 to 1995. Her drawing, painting and color theory courses fostered the careers of countless successful artists and curators. She was named Meadows Foundation Distinguished Teaching Professor in 1998, Altshuler Distinguished Teaching Professor in 2006 and received the Faculty Career Achievement Award in 2017. She also received a Moss-Chumley North Texas Artist Award, is a Fellow at the Dallas Institute of Humanities and Culture, and was named the Dallas Art Fair Artist Honoree in 2017. Her work has been shown nationally and internationally in France, Hungary, Chile and Kazakhstan and is included in collections of The George W. Bush Presidential Library and Museum, The Belo Foundation, U.S. Department of State and Meadows Museum, as well as in many other corporate and private collections. In 2016, the Meadows School established the Mary Vernon Painting Prize in her honor, an annual award to help outstanding undergraduates launch their art careers. For more about the artist, please visit maryvernoncom.siteprotect.net.

About the Pollock Gallery:

The Pollock Gallery is located on the first floor of the Hughes-Trigg Student Center, 3140 Dyer St. on the Southern Methodist University campus in Dallas. Gallery hours are 11 a.m. to 5 p.m. Tuesday through Friday and 1 to 5 p.m. Saturday. The gallery is closed Sunday and Monday. Admission is free. For more information, call 214-768-4439 or visit here.