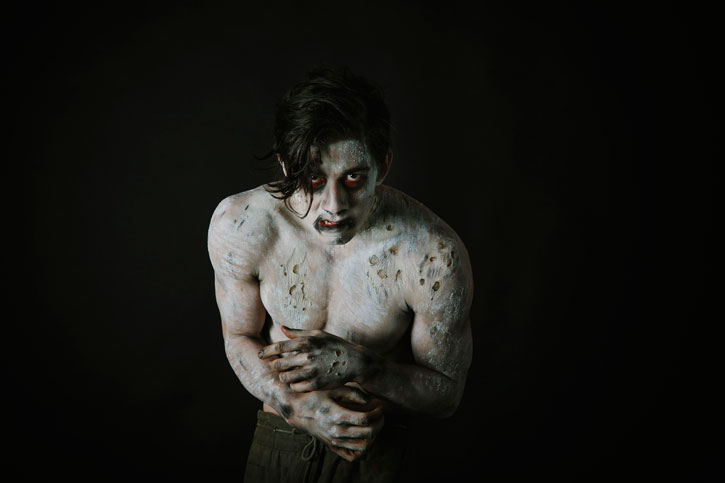 Dallas Theater Center and the SMU Meadows Division of Theatre are presenting the Dallas premiere of the hit London play Frankenstein, February 2 through March 4 at the Kalita Humphreys Theater, 3636 Turtle Creek Blvd. in Dallas. Meadows faculty and students in both the B.F.A. and M.F.A. theatre program will perform in the play alongside Dallas Theater Center professional actors.

The play, to be directed by DTC Associate Artistic Director Joel Ferrell, is based on Mary Shelley’s 200-year-old tale of scientific advancement and human tragedy, a work widely regarded as the original horror novel. When Dr. Frankenstein’s experiment goes horribly awry, he resolves to destroy the terrifying creature he has unleashed upon the world. But can he kill his own creation without becoming a monster himself? This bold new adaptation by acclaimed British playwright Nick Dear was an award-winning, smash hit at London’s National Theatre when it debuted in 2011. The London play starred Benedict Cumberbatch and Jonny Lee Miller, who alternated the roles of Victor Frankenstein and his monster.

The Meadows School has a longstanding relationship with Dallas Theater Center. In spring 2017, Meadows collaborated with DTC to launch Public Works Dallas, a groundbreaking community engagement and participatory theater project designed to deliberately blur the line between professional artists and community members, culminating in an annual production featuring more than 200 Dallas citizens performing a Shakespearean play. The inaugural production was The Tempest, which will be followed by A Winter’s Tale in September 2018. In addition, every other year an M.F.A. graduate from Meadows is accepted for a two-year appointment as a member of DTC’s Diane and Hal Brierley Resident Acting Company. DTC launched the Brierley Resident Acting Company in 2009 to develop and nurture professional actors within the community, expand DTC’s artistic profile, and create ongoing collaborative relationships with artists. Tiana Kaye Johnson (M.F.A. ’16) is the latest young alum holding the appointment, through spring 2018. The acting company also includes Meadows alumnus Adam “Ace” Anderson and theatre professor Michael Connolly.

In addition, over the years Meadows students and faculty have performed other acting roles, served as assistant directors, worked as dialect coaches and designed scenery at DTC.

However, Frankenstein is the first production to be a full collaboration between SMU and DTC.

“This co-production extends and deepens the SMU Theatre Division’s ongoing alliance with DTC,” said Theatre Chair Stan Wojewodski, Jr. “Unique in its conception and format, the production of Frankenstein will offer our students increased opportunities for the development of critical thinking, collaborative effort and technique in the service of a script that is intellectually stimulating, emotionally involving and theatrically compelling.”

“We are extremely pleased and excited to be collaborating with one of the country’s leading university theater programs,” said DTC Managing Director Jeff Woodward. “Our hope is that this partnership and co-production of a play will become an annual event for our two institutions.”

SMU faculty and staff may buy Student/Teacher Rush tickets with their SMU I.D.s. These tickets are $20 and are sold 90 minutes before curtain at the Kalita Humphreys box office.

In addition, a Pay-What-You-Can performance will be Sunday, February 4 at 2 p.m.

Regular tickets are available at DallasTheaterCenter.org or by calling 214.880.0202.

SMU alumni and their guests are invited to the Kalita Humphreys Theater onTuesday, February 13for a performance ofFrankenstein. Before the curtain goes up, enjoy drinks, appetizers and remarks from Meadows SchoolDean Sam Holland at a pre-show reception. Registration is $20 per person and includes complimentary parking, drinks, appetizers and show tickets.Reception, 6- 7 p.m.; Curtain, 7:30 p.m. For more information and to purchase tickets, contact meadowsalumni@smu.edu. Tickets are limited; please reserve early.