The 2016 Sammons Lecture in Media Ethics at SMU: "Making Sense of a Tragedy in Real Time: Media Coverage of the Dallas Ambush"

The 17th annual Rosine Smith Sammons Lecture in Media Ethics at SMU will present “Making Sense of a Tragedy in Real Time: Media Coverage of the Dallas Ambush,” focusing on the events of July 7, 2016, when a gunman killed four Dallas police officers and a DART officer during a protest march downtown. The lecture will be a panel discussion featuring Dallas Mayor Mike Rawlings, Dallas Morning News Editor Mike Wilson and Emmy-winning CBS 11 journalist Steve Pickett. The event will be held at 8 p.m. on Wednesday, Oct. 19 in Caruth Auditorium, inside the Owen Arts Center at 6101 Bishop Blvd. on the SMU campus. The event is free and tickets are not required. Parking information is available here. The Sammons Lecture Series is presented by the Division of Journalism at SMU’s Meadows School of the Arts. 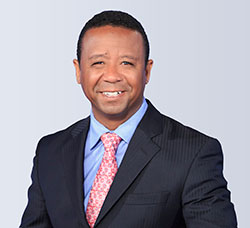 Steve Pickett is a two-time Emmy Award-winning journalist for CBS 11 News. He has spent 20 of his 34 years in broadcast news in the Dallas-Fort Worth market. He was on air with live reporting the night of the Dallas police ambush shootings. He’s been recognized nationally for his coverage of public education, with heavy focus on the Dallas Independent School District. The Press Club of Dallas acknowledged his coverage of Hurricane Katrina. He also was embedded with members of the Texas National Guard in Iraq during Operation Iraqi Freedom. Pickett has worked in newsrooms in Portland, Ore.; Fresno, Calif.; Oklahoma City; and Wichita Falls. He is a native Oklahoman and a graduate of The University of Oklahoma. 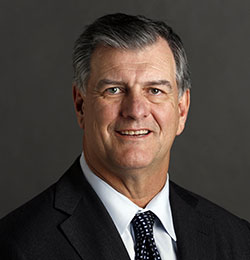 Mike Rawlings was elected mayor of Dallas in 2011 and again in 2015. He’s a native of Borger, Texas, and a graduate of Boston College. Following his first election he launched GrowSouth, his signature initiative to spur economic development south of the Trinity River. He has also sought to improve public education and led a campaign against domestic violence, Dallas Men Against Abuse. On the tragic evening of July 7 when four Dallas Police Department officers and one DART officer were killed in an ambush, Mayor Rawlings worked closely with Dallas Police Chief David Brown to assess and end the situation as well as keeping media and the public informed. 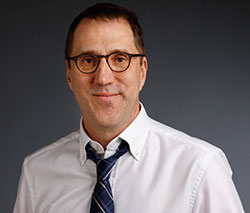 Mike Wilson is editor of The Dallas Morning News, responsible for news coverage in print and online. Wilson began his career at the Miami Herald where he worked as a writer and editor. He joined the St. Petersburg Times (now Tampa Bay Times) in 1994, working 18 years as a writer, editor and, finally, managing editor. His staff won two Pulitzer Prizes during his tenure. In 2013 he moved to ESPN as founding managing editor of Nate Silver’s data journalism website, FiveThirtyEight. Wilson graduated from Tufts University. He has written two books, Right on the Edge of Crazy, about the U.S. downhill ski team, and The Difference Between God and Larry Ellison, about the founder of Oracle Corporation.

The Rosine Smith Sammons Lecture Series in Media Ethics is funded by a generous endowment from the Rosine Foundation Fund of the Communities Foundation of Texas, at the recommendation of Mary Anne Sammons Cree of Dallas. The series is named in honor of her mother, Rosine Smith Sammons, who graduated from SMU in the 1920s with a degree in journalism. The endowment will provide permanent resources for the Meadows School of the Arts to present annual lectures focusing on media ethics.

The Division of Journalism, under Belo Distinguished Chair Tony Pederson, offers concentrations in all media – broadcast, print and Internet – through its convergence journalism program. With the help of a gift from The Belo Foundation, the Division has become one of the few journalism schools in the country to provide hands-on experience through a new digital newsroom, television studio and website.