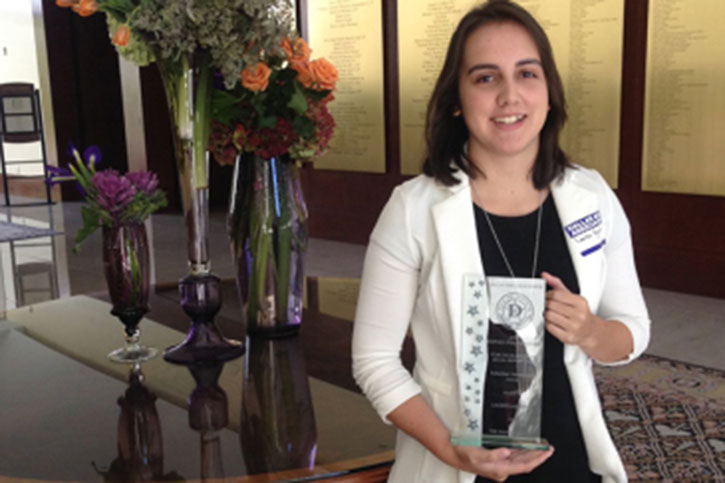 When I first applied to SMU, so many people told me that being accepted was not a possibility. They said things like, “It’s not like you’re valedictorian. You’re smart, but SMU is very selective,” and “There’s no way SMU will take you coming from a public high school.

In less than two weeks, I will be graduating with honors from Southern Methodist University.

My time here has been defined by challenges and successes, frustrations and triumphs – but mostly by journalism.

When I arrived at SMU, I only knew one thing: I wanted to study journalism in every way possible. So, I declared my journalism major and found a job with The Daily Campus.

I worked my way up the editorial ladder from copy editor to online editor to editor-in-chief. I end my student media career this semester as assignments desk editor. When I first joined the staff as a lowly first-year, I never expected to become anything higher than news writer or a weekly contributor.

I can’t imagine my college career without student media. Over these three and a half years, I have grown so much as a journalist and as a person. I have gained too many skills to count. I can’t believe it’s almost over.

I worked in student media during a turbulent time. When I was online editor and editor-in-chief, the staff worked to increase and build our online presence as much as we could with three print issues a week. At the start of this semester, The Daily Campus print edition officially became the SMU Campus Weekly. The combined staffs of the Campus Weekly and SMU-TV have worked together to bring a multimedia news experience to the web. With all of these changes, our content is much better off.

I will miss everyone I have worked with throughout my undergrad years. Christina, you have done a fabulous job as editor-in-chief this semester and you’ll do even better in the spring. Olivia and Daniela, you have both truly supported our operation in any way you could. I’m looking forward to seeing who else joins the staff under your leadership. I’m excited to see what you’ll produce in the future. But, mostly, I’ll miss the hilarious, out-of-context comments that make it on the quote wall.

Some people will say that college is the best time of your life. While I will always remember my time at SMU fondly, I think my best years are yet to come.

Honestly, I would not have made it to where I am without a lot of help and support. And a goodbye column isn’t complete without a list of thank you’s. So here’s mine:

Thanks to student media, for giving me the experience to support my professional journalism career.

Thanks to my journalism professors, who pushed me to constantly be a better writer and a better journalist.

Thanks to Mrs. Reg, my high school journalism teacher without whom I wouldn’t have discovered my passion for reporting.

Thanks to my classmates and friends, who have always brightened my stressful college life.

Thanks to my parents, who have continuously supported me in every way possible.

And thank you SMU, for giving me the opportunity to realize my dreams.