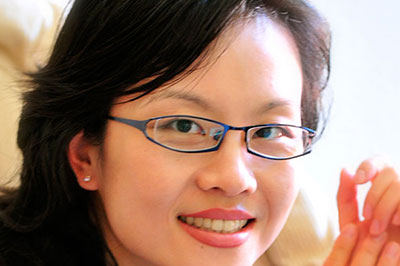 Meadows Associate Professor of Composition Xi Wang has been named one of two national winners of $15,000 orchestral commissions as part of the League of American Orchestras’ Women Composers Readings and Commissions program. The program is supported by the Virginia B. Toulmin Foundation and administered with the American Composers Orchestra (ACO) and EarShot, an ACO program that helps orchestras around the country identify and support promising composers in the early stages of their careers. The other winner was composer and Guggenheim Fellow Andreia Pinto-Correia.

Xi Wang’s new orchestral work will premiere in the 2016-17 concert season by one of the ACO’s partner orchestras, to be announced at a later date. Winners of last year’s competition are having their works performed by the New York-based American Composers Orchestra and the New York Philharmonic.

The ACO and EarShot had notified Xi Wang earlier this year that she was on the short list of composers they were considering for a commissioned work. She was asked to submit recent orchestral and chamber compositions, both scores and recordings, for the committee to review. Adjudicators for the commission awards were composers Melinda Wagner and Chen Yi and conductor Joana Carneiro.

“I am greatly honored to receive the Toulmin Commission from the League of American Orchestras,” said Xi Wang. “Writing for orchestra demands considerable energy and effort. The creating process is a lonely yet exciting journey. I look forward to embracing the challenge!

“It is a privilege to work in a supportive environment at SMU and be surrounded by many amazing colleagues. I appreciate that the leadership at Meadows allows me time and space to dedicate myself to creating music,” she added.

Xi Wang joined the SMU faculty in 2009 and teaches composition and music theory. Since arriving in the U.S. from China in 2001, she has become a rising star in new music. Her unique fusion of Asian and Western instruments and techniques with theatrical and choreographic elements has captivated audiences. Earlier this year, the Dallas-based new music ensemble Voices of Change presented two such works commissioned from the composer, Echo. Poem. Image. and Tibet Fantasia.

Xi Wang has also received numerous awards and honors for her work. She won a MacDowell Colony Fellowship in 2011, was one of two national recipients of the Charles Ives Fellowship from the American Academy of Arts and Letters in 2012 and won the national Pi Kappa Lambda Commissioned Music Project competition in 2013. She has also received awards from Meet the Composer, the National Endowment for the Arts, the American Music Center, New Music USA and ASCAP.

Visit here for more information about the Women Composer Readings and Commissions program.