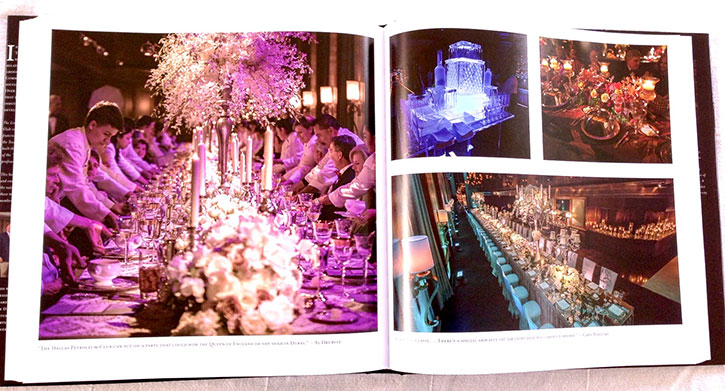 Images from the book The Lions Among Us: Celebrating 80 Years of The Dallas Petroleum Club, by Nina P. Flournoy.

Two former professors from SMU Meadows School of the Arts have released new books. One, by University Distinguished Professor of Art History Emerita Alessandra Comini, is the latest addition in a series of mystery novels; the other, by award-winning writer and former communications professor Nina Flournoy, is a milestone book about the rise of the Dallas Petroleum Club. 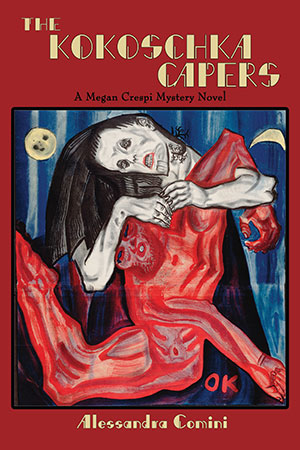 Comini’s The Kokoschka Capers, the third in her “Megan Crespi” series of mysteries, finds Viennese art expert and sleuth Crespi at the Basel Museum in Switzerland, investigating the theft of a major portrait by Expressionist Oskar Kokoschka of himself with lover Alma Mahler. Left in its place is an exact duplicate -- except that an image of a mysterious, unknown woman has replaced the visage of Alma. Crespi chases clues and danger as she travels from Basel to Berlin, Rabat and Athens, ending her hunt on a remote Greek islet near Corfu. The Kokoschka Capers is published by Sunstone Press.

Nina Flournoy’s The Lions Among Us: Celebrating 80 Years of The Dallas Petroleum Club documents how the Petroleum Club grew out of the 1930s East Texas oil discoveries, attracted oil tycoons to the Dallas area and fostered the growth of the oil industry in Texas. The book charts civic contributions made by Petroleum Club members to projects benefiting Dallas, including buildings, freeways, parks, bridges, libraries, civic centers, schools and universities. Numerous club members’ names associated with SMU buildings and major programs are throughout the book, including DeGolyer, Cox, McFarland, Meadows, Maguire, Hamon, Hunt, Jonsson, Karcher and Lyle, among others. The Lions Among Us is published by Taylor Specialty Books. 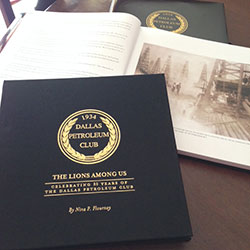 The Lions Among Us: Celebrating 80 Years of The Dallas Petroleum Club

Alessandra Comini, University Distinguished Professor of Art History Emerita at SMU Meadows, has published eight books and numerous reviews, essays and articles for national and international publications. She was awarded the Grand Cross of Honor by the Republic of Austria for her work on German art and music. She has contributed chapters to a wide variety of specialist books while authoring a number of exhibition catalogues and opera booklets. Comini also offers several illustrated lectures, many of which have been commissioned by institutions such as The Guggenheim Museum, Metropolitan Museum, American Musicological Society and Curtis Institute of Music, among others. Her work has been translated into French, German, Italian, Spanish, Dutch and Swedish. In 2014 she began writing art history murder mystery books; the first three are Killing for Klimt, The Schiele Slaughters and The Kokoschka Capers. Her fourth book in the Megan Crespi series, The Munch Murders, is due for publication in 2016. More information can be found on Comini's website.