Limón's "There Is a Time" Will Also Be Performed at SMU Fall Dance Concert, Nov. 11-15 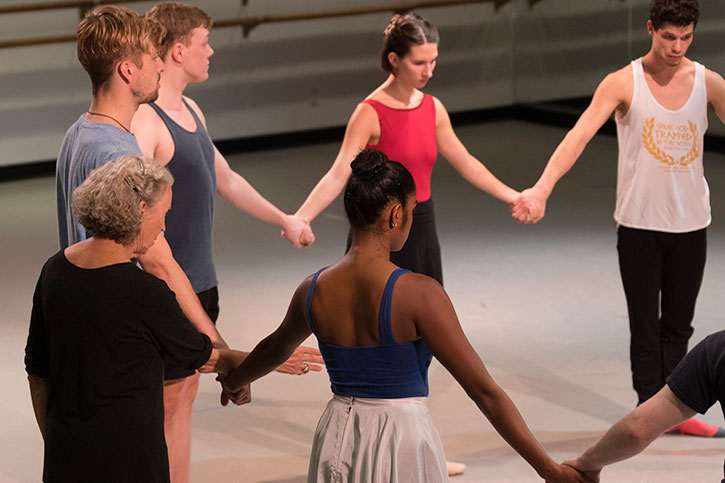 The Meadows School of the Arts is one of only nine university dance programs internationally that has been selected to perform in the José Limón International Dance Festival in New York City, October 13-25 at the Joyce Theater. The festival celebrates the 70th anniversary of the renowned Limón Dance Company. The Meadows Dance Ensemble will be performing Limón’s There Is a Time on Oct. 24 and 25. Sarah Stackhouse, a Limón teacher, performer and internationally renowned restager of his works, spent several weeks at Meadows this fall teaching There Is a Time to dance students.

There Is a Time was created in 1956 by Limón and composer Norman Dello Joio, who earned a Pulitzer Prize in 1957 for the score. It alludes to the text from Chapter 3 of Ecclesiastes and its evocation of the human experience. Each movement of the work is titled with a biblical verse: “To everything there is a season, and a time to every purpose under heaven; A time to be born, and a time to die…” 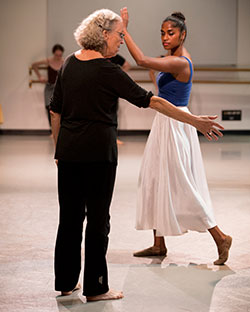 Meadows has a long-standing relationship with the Limón Foundation. In 2001, Dance Chair Patty Delaney directed a documentation and preservation project focused on one of Limón’s seminal works, La Malinche. The project coincided with the opening of the new Meadows Museum, which is dedicated to presenting masterworks of Hispanic art and hosting exhibits of contemporary artists. Delaney created a DVD, a Labanotation score and, with Professor Shelley Berg, wrote critical essays on Limón and the gestation of the characters in La Malinche. The project took three years to complete. The DVD, the score and the essays were selected to be part of the Dance Collection at the Library of Congress. The essays also received scholarly journal attention and the DVD won an award at the Houston International Film Festival. SMU Meadows presented La Malinche at its Spring Dance Concert in 2001, and Sarah Stackhouse restaged the work with Meadows students at that time as well.

Founded in 1946 by José Limón and Doris Humphrey, the Limón Dance Company has been at the vanguard of American modern dance since its inception and maintains its standing as one of the world’s greatest modern dance companies. The 15 dances selected for the festival reflect a span of Limón's creative output over the years, as well as the timelessness and humanity so cherished in his body of work.