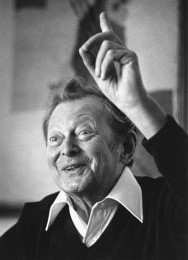 Cellist Lev Aronson miraculously survived Nazi concentration camps in World War II through dedication to music and pure determination. Dallas became his new home, where he developed his unique method of teaching, served as principal cellist of the Dallas Symphony Orchestra (DSO) for almost 20 years, served on the faculty of both SMU and Baylor and became known as one of the world’s most influential cello teachers.

His life and legacy are now celebrated annually with a week-long festival of world-class cello performers and teachers at the Meadows School of the Arts at SMU.

Former Lev Aronson student Brian Thornton, now a cellist in the Cleveland Orchestra, created the legacy event and has assembled another impressive list of cello performers and professors for the third annual festival. One of the featured artists will be cellist Amit Peled, who will present “Homage to Pablo Casals,” a re-creation of the recital given by Casals 100 years ago on his 1915 U.S. tour, performed on Casals’ own cello.

During the festival, top student cellists from around the country learn in the Lev Aronson tradition from world-renowned artists during the day and attend public concerts featuring these accomplished cellists every evening, June 6-10, at O’Donnell Hall in the Owen Arts Center at SMU. Tickets are $20 for each evening or $50 for all five concerts. Visit LevAronsonLegacy.com for details.

The schedule is as follows:

Each visiting artist teaches in a master class setting the same day of their recitals. Additional events include a performance by all the cellists at The Legacy Willow Bend retirement community on Saturday, June 6 at 3 p.m. and a tour and presentation on Wednesday June 10 at the Holocaust Museum of Dallas.