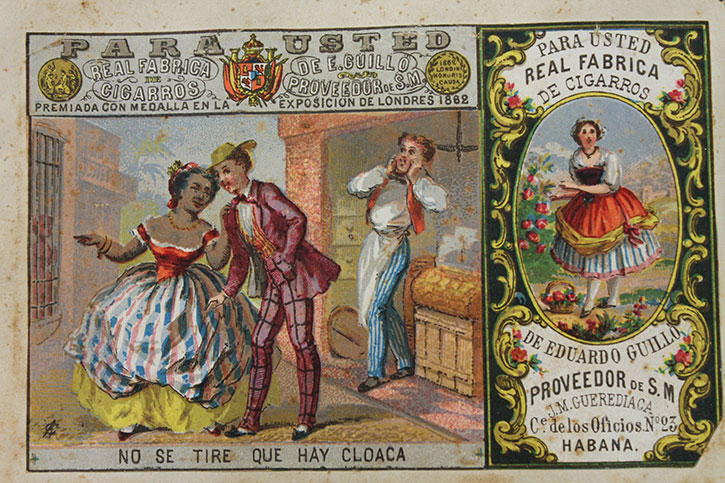 Asiel Sepúlveda, a second-year master’s student in art history at SMU Meadows, won the Dahesh Museum of Art Prize for Best Paper at the 12th Annual Graduate Student Symposium in Nineteenth-Century Art, a daylong event held on March 22 in New York City. The symposium is co-sponsored by the Dahesh Museum of Art and the Association of Historians of Nineteenth-Century Art.

Sepúlveda’s paper, “Visualizing the Urban Environment: The Mulata and Tobacco Lithography in Mid-Nineteenth Century Havana,” examines how Havana’s mid-19th century tobacco manufacturers employed printed ephemera and costumbrista (realistic depictions of local or regional customs) types, such as the mulata, to portray African female sexuality as a disruptive force clashing with modernizing notions of cleanliness (both urban and racial), morality and civil order in the midst of urban reformation. The winning entry now appears in the Fall 2015 issue of Nineteenth Century Art Worldwide. As winner of this year’s Best Paper prize, Sepúlveda will also receive $1,000 from the Mervat Zahid Cultural Foundation.

“He is expanding the canon of art history by engaging with ephemeral visual objects, which are not usually studied by art historians,” says Beatriz Balanta, assistant professor of art history at Meadows School of the Arts and an adviser to Sepúlveda.

Sepúlveda was able to travel to Havana to do research for the paper with help from a Meadows School grant from the Charles Cullum Family Student Enrichment Fund, established in 1998 by the Eugene McDermott Foundation.

When he was 14 years old, Sepúlveda came to America from Cuba with his mother. He graduated with a bachelor’s degree in art history from Florida International University in 2012. After earning his master’s this spring, he will pursue a Ph.D. in art history at Meadows. He plans to focus on the relationship between printed material and urban reform in 19th-century Havana and will examine how the city visually constructs itself through the mass production and circulation of its own image. 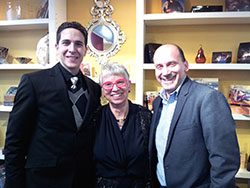