John Avildsen, director of Rocky and The Karate Kid, will give a lecture hosted by the Division of Film and Media Arts 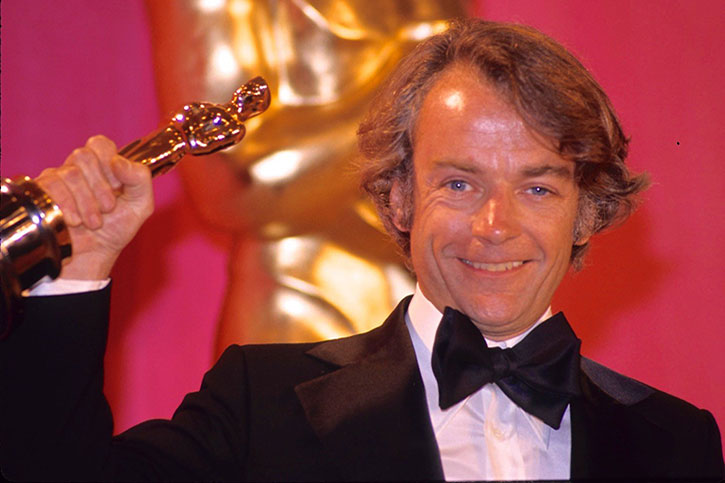 Oscar-winning movie director John Avildsen, known for such major films as Rocky and The Karate Kid, will give a free lecture on Wednesday, April 22 from 4 to 6 p.m. in room 241 of the Umphrey Lee Center, 3300 Dyer St. on the SMU campus. His appearance is hosted by the Division of Film and Media Arts in SMU’s Meadows School of the Arts and is sponsored by the Vincent Lopez Serafino Jenevein law firm and the Sports & Entertainment Law Section of the Dallas Bar Association.

“John will talk about his career, how he has seen movies evolve, and the elements of story and character that are the foundation for all good films,” said Sean Griffin, associate professor and chair of the film division. “He’ll also discuss his upcoming film project and ask students for their feedback.”

Avildsen has had a long and storied career, first coming to Hollywood’s attention with the cult classic Joe in 1970, for which he served as both director and cinematographer. It was followed by numerous films, including Save the Tiger, which won Jack Lemmon a Best Actor Oscar, W.W. and the Dixie Dancekings, and the iconic film Rocky, which won Academy Awards for Best Picture, Best Director and Best Editing.  Avildsen went on to direct The Karate Kid and its sequels, along with many other films including 8 Seconds, shot in Texas and starring Luke Perry.

Known for telling stories about the triumph of the underdog, Avildsen is now working on the feature film Nate and Al about an elderly wisecracking Holocaust survivor who decides 60 years after the war to kidnap the Nazi criminal who killed his family. The story of Nate and Al is told against a backdrop of the impending deportation of Joseph Ivan Grondzik, aka “Ivan the Terrible,” a Nazi criminal who had been living secretly in Fresno, Calif. since the war ended. The film is inspired by the well-documented story of John Demjanjuk, an Ohio auto worker deported in the 1980s and tried for war crimes as a former concentration camp guard.

Avildsen will share the screenplay of Nate and Al with SMU film students in advance of his visit.   During his presentation, students will have the opportunity to provide Avildsen with comments and suggestions for the movie.

For more information, contact the SMU Meadows Division of Film and Media Arts at 214-768-2129 or film@smu.edu.