Third Annual Dallas International Piano Competition To Be Held at Meadows School of the Arts, March 11-13 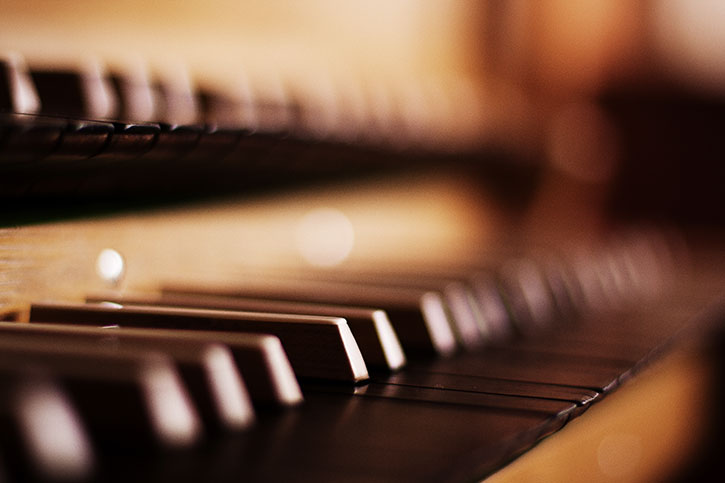 Nineteen young pianists from nine different countries will come to Dallas March 11-14, 2015 to participate in the third-annual Dallas International Piano Competition hosted by the Dallas Chamber Symphony. The four-day event will be held at Southern Methodist University’s Caruth Auditorium, and will consist of three rounds of competition before a distinguished international jury panel, as well as expert training and career-building guidance. The entire event is open to the public but advance purchase of passes is required. Attendees have the option of purchasing a one-day access pass for $15 or a four-day access pass for $35. Visit here for more information and to purchase passes.

“This year marks a new milestone for the competition as it has attracted a record number of applicants, including students and graduates from all of the top universities and conservatories in the country,” says Richard McKay, Artistic Director of the Dallas Chamber Symphony. “We are so pleased to be welcoming more international participants this year than ever before.”

The First Prize Winner of the Dallas International Piano Competition will perform a piano concerto with the Dallas Chamber Symphony during the 2015-16 season at City Performance Hall in downtown Dallas, bringing widespread recognition to launch the career of an aspiring artist. Additional winners will receive cash prizes. The event is a community partnership between the Dallas Chamber Symphony and the Meadows School of the Arts at Southern Methodist University. Metroplex Piano Warehouse is a major sponsor of this year’s competition, providing two of their top-of-the-line, hand-built, Yamaha CFX Concert Grand Pianos for the competition rounds in Caruth Auditorium.

All competition rounds and master classes are open to the public with the purchase of a one-day or four-day access pass. Audience members can expect to see contestants interact with jury members, who may interrupt the competition rounds to request to hear different passages of each contestant’s solo and concerto repertoire, in accordance with the competition rules and regulations. Judges score the contestants by ballot, and results are announced after each round. A public reception will be held in Bob Hope Lobby, just outside of Caruth Auditorium, following each round, where pianists and audience members can meet and mingle while awaiting results. Final results are announced immediately following Finals, on Saturday, March 14, at which time the winner will perform a solo recital.

The event’s jury panel includes: David Korevaar, a renowned pedagogue at the University of Colorado at Boulder and extensively recorded performing artist; Ran Dank, who received First Prize at the Hilton Head International Piano Competition, and is also a laureate of the Naumburg Piano Competition and the Sydney International Piano Competition; and Marina Lomazov, Professor of Piano at the University of South Carolina School of Music where she is Founder and Artistic Director of the Southeastern Piano Festival. The faculty for the event’s Master Classes will include celebrated performers and Meadows Faculty Alessio Bax, Joaquin Achurarro and Dr. Carol Leone.

Named Best of Big D 2014 by D Magazine, and Best Classical Music Addition 2013 by the Dallas Observer, the Dallas Chamber Symphony is one of the most exciting and innovative professional performance ensembles in North Texas. Led by Artistic Director and Conductor Richard McKay, it is comprised of 40 musicians, all dedicated to performing a balance of programs that include underrepresented and standard repertory, contemporary music, staged works, and pieces with extra-musical elements, such as film, actors, and dancers.

About the Meadows School of the Arts

The Division of Music in the Meadows School of the Arts is a professional, comprehensive master’s institution devoted to the advancement of music performance and scholarship, to the preparation of the next generation of music professionals, and to service in the artistic life of our community, our nation, and the world.