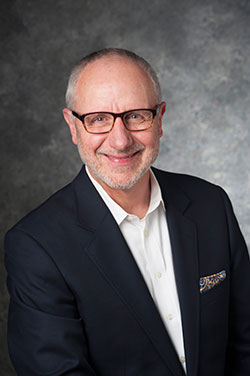 The 22,000-member Music Teachers National Association (MTNA) has named Sam Holland, dean, Algur H. Meadows Chair and professor of music at SMU Meadows School of the Arts, as 2015 Teacher of the Year. The award is given annually to a music teacher who goes far beyond the call of duty to exemplify excellence in music teaching.

The selection committee cited Holland’s 70 critically acclaimed and internationally distributed method books and recordings; his work as executive director of the Frances Clark Center for Keyboard Pedagogy and its conferences and Clavier magazine; and the success of his students in competitions, including advancements to the Van Cliburn International Piano Competition semi-finals, in addition to students now holding teaching positions in universities throughout the U.S.

“I’m thrilled and humbled by this recognition,” says Holland. “No one goes into music teaching for recognition. We do it because we love to see the wonderful things that happen when music and human learning come together. But, when national recognition by one’s peers such as this does come along, it’s especially appreciated.”

Prior to becoming dean of SMU Meadows, Holland provided strong leadership of the school for more than 20 years in both teaching and administrative roles. He also worked with the Meadows development team to obtain more than $10 million in new giving for piano inventory and programs; renovation of practice facilities; and support for endowed scholarships, new endowed professorships and the ensemble-in-residence program.

In 2014, the college ranking organization College Factual named the Meadows School as the number one music school in the nation.

Holland, an active member of MTNA since 1982, will receive the award at the annual MTNA conference, to be held in Las Vegas on March 25.

Sam Holland, an internationally renowned music educator and outstanding arts administrator, was named dean of SMU Meadows School of the Arts in November 2014. He is also Algur H. Meadows Chair and professor of music. Holland joined the Meadows music faculty in 1991 and served the school in multiple teaching and administrative roles before assuming the post of dean. His scholarly and professional articles have appeared in every major English language keyboard journal and he is the author of more than 70 critically acclaimed books and recordings published by Alfred Publishing Co. and the Frederick Harris Music Co., a division of the Royal Conservatory, Toronto. A performance student of John Perry and Abbey Simon, he earned a Ph.D. in music education with an emphasis in piano pedagogy from the University of Oklahoma. He has presented hundreds of lectures and recitals throughout North America, Europe, Asia and Australia and has pioneered in the application of computer and MIDI technology to performance and pedagogy. Dr. Holland is executive director of the Frances Clark Center for Keyboard Pedagogy, a nonprofit based in Princeton, N.J., which presents the National Conference on Keyboard Pedagogy and publishes Clavier Companion magazine. He is a co-founder of the Centre for Musical Minds (Frisco, TX).

In 1876, Theodore Presser and 62 of his colleagues founded the Music Teachers National Association with the purpose of advancing the value of music study and music making to society while supporting the careers and professionalism of teachers of music.

Today, MTNA has cemented its role as an organization essential not only to the professional and individual well-being of music-teaching professionals, but also a vital partner in their growth and development. It provides both a collective voice for teachers worldwide and a powerful alliance with a highly prestigious and influential group.

With nearly 22,000 members in 50 states—and more than 500 local affiliates—the MTNA is the preeminent source for music teacher support, where members embody like-minded values and commitment to their students, colleagues and society as a whole, while reaping the rewards of collaboration, continuity and connection throughout the lifetime of their careers.