Ramirez to give the fifteenth annual Rosine Smith Sammons Lecture in Media Ethics at SMU at 8 p.m. on Thursday, Oct. 2 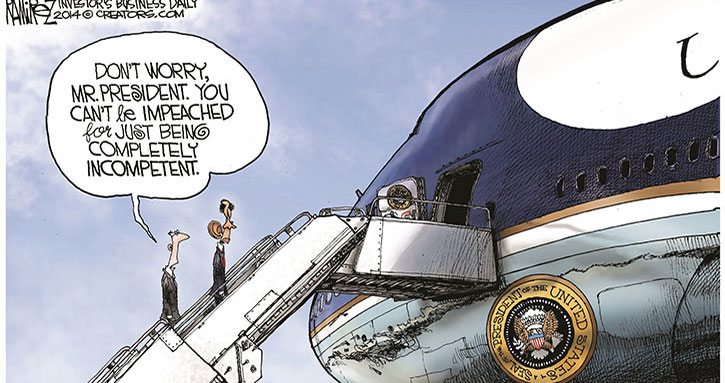 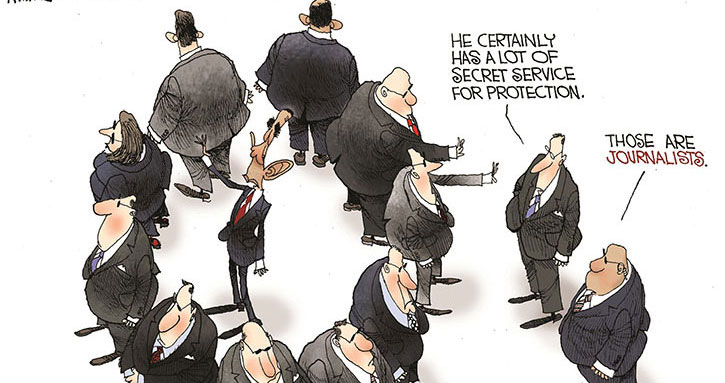 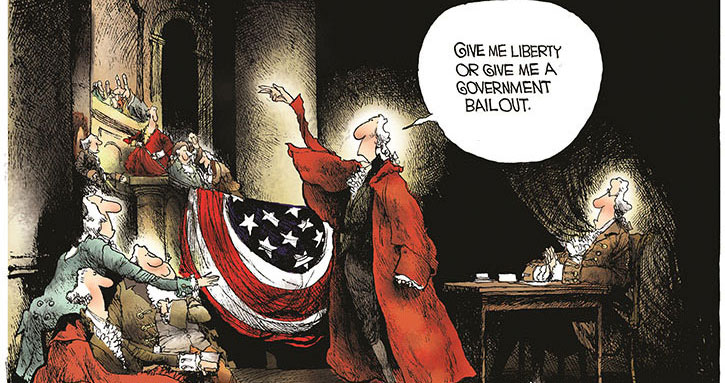 Pulitzer Prize-winning editorial cartoonist Michael Ramirez will give the fifteenth annual Rosine Smith Sammons Lecture in Media Ethics at SMU at 8 p.m. on Thursday, Oct. 2. The lecture will be held in the Bob Hope Theatre, 6101 Bishop Blvd. on the SMU campus, and admission is free. The Sammons Lecture Series is presented by the Division of Journalism at SMU’s Meadows School of the Arts.

Currently a senior editor and editorial cartoonist for Investor’s Business Daily, Ramirez combines an encyclopedic knowledge of the news with a captivating drawing style to create consistently outstanding cartoons that have twice won the Pulitzer Prize. His commentary on everything from the economy and markets to politics and international affairs offers a unique perspective on today’s issues.

“An editorial cartoon is not just a funny picture,” says Ramirez. “It is a powerful instrument of journalism, sometimes sharp and refined, its message cutting quickly to the point, and other times, blunt and overpowering, seizing the readers’ attention with its dark imagery.”

Ramirez’s work is seen worldwide in over 400 newspapers and magazines through Creators Syndicate, including The New York Times, USA Today, The Washington Post, New York Post, Time Magazine, National Review and US News and World Report. The former editorial cartoonist for the Los Angeles Times, he is a regular contributor to The Weekly Standard Magazine and was a member of the A-Team on the “Lou Dobbs Tonight” show on the Fox Business Network. He has appeared on CNN, Fox News Sunday, BBC Television, NPR and numerous other broadcasts and was a regular on the News Hour with Jim Lehrer.

Ramirez is a Lincoln Fellow and has won almost every major journalism award in America, including the 2005 National Journalism Award, the 2008 Fischetti Award and the H.L. Mencken Award. He also is a three-time winner of the Society of Professional Journalists’ Sigma Delta Chi Award and a four-time National Cartoonists Society editorial cartoon division winner. In addition, he is an honorary member of the Pi Sigma Alpha National Political Science Honor Society and the recipient of the prestigious UCI Medal from the University of California, Irvine. His critically acclaimed book, Everyone Has the Right to My Opinion, was published in 2008.

Ramirez’s cartoons may be seen online at IBDeditorials.com/cartoons and on Facebook under Michael P. Ramirez.

The Rosine Smith Sammons Lecture Series in Media Ethics is funded by a generous endowment from the Rosine Foundation Fund of the Communities Foundation of Texas, at the recommendation of Mary Anne Sammons Cree of Dallas. The series is named in honor of her mother, Rosine Smith Sammons, who graduated from SMU in the 1920s with a degree in journalism. The endowment will provide permanent resources for the Meadows School of the Arts to present annual lectures focusing on media ethics.

The Division of Journalism, under Belo Distinguished Chair Tony Pederson, offers concentrations in all media – broadcast, print and Internet – through its convergence journalism program. With the help of a gift from The Belo Foundation, the Division has become one of the few journalism schools in the country to provide hands-on experience through a new digital newsroom, television studio and website.