Director of Bands and Professor of Music
Chair of Instrumental Ensembles

Jack Delaney is director of bands and professor of music at the Meadows School of the Arts at Southern Methodist University, where he conducts the Meadows Wind Ensemble and teaches courses in conducting and wind literature. Under his guidance, the Meadows Wind Ensemble has established itself as one of the leading ensembles of its kind, as evidenced by performances at significant regional, national and international music festivals and conferences throughout the United States and Europe.

The recipient of numerous awards and distinctions, Delaney has been awarded the Algur H. Meadows Distinguished Teaching Professorship at Meadows School of the Arts, the Rotunda Outstanding Professor Award from Southern Methodist University, the Achievement in Music Award from Ohio University, and was honored by the Cincinnati College-Conservatory of Music at the first-ever alumni concert by the Cincinnati Wind Symphony. 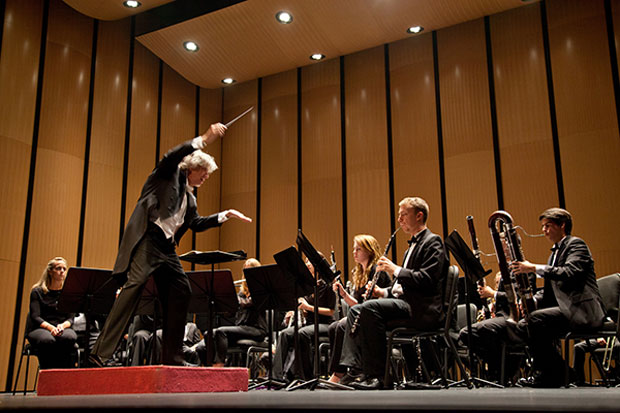