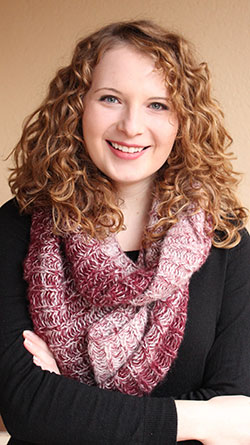 Driven by her experiences in higher education and music, Susanna Yatsko is passionate about helping students find the best path for their personal goals.

Yatsko studied applied piano and earned a Bachelor of Arts in music from John Brown University (JBU) in Siloam Springs, Ark. She developed an interest for student affairs and arts administration while working for JBU as a student. As a junior, she was awarded the Oisen Award, JBU music division’s highest honor for dedication and service to the music department. Yatsko then went on to receive her Master of Arts in arts administration from Florida State University College of Music. After completing her graduate studies, Yatsko worked as an admission counselor at the University of Arkansas in Fayetteville for two years before joining the recruitment staff of Meadows in 2017.

Enthusiastic about collaborative performance, Yatsko has been an accompanist and music director for various churches, choirs, ensembles and musical theater productions. She has also worked with organizations such as the Lamont School of Music at University of Denver; Florida State University Summer Music Camps; the Tallahassee Community Chorus; and the Tallahassee Sacred Music Conference.

A transplant to the Lone Star State, Yatsko is thrilled to be at SMU working with prospective students who want to study with the distinguished faculty at Meadows, a world-class institution in a city full of opportunity.

In her spare time, Yatsko enjoys recipe testing and planning her next trip to one of America’s national parks.