Director of Scholarships and Financial Aid 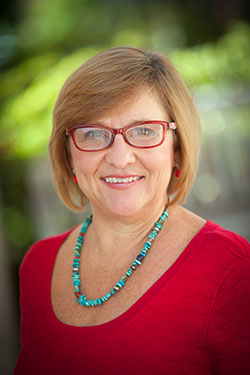 Pam Henderson’s career in higher education began over three decades ago in the bursar’s office at Texas State University in San Marcos, Texas. Discovering a passion to help students, she decided early on that she preferred giving away money rather than collecting it. After transitioning to the main financial aid office as a financial aid counselor, Henderson performed a variety of duties and established a comprehensive knowledge of federal, state and institutional financial aid policies during her 12 years at Texas State.

Henderson grew up a few blocks away from SMU as an avid Mustang football fan, so it felt like homecoming when she began her career on the Hilltop in the central financial aid office after moving back to Dallas in 1997. In November 2000, she joined the Meadows School of the Arts as director of scholarships and financial aid. The opportunity to work at Meadows fueled her desire even more to be an advocate for her students and help them navigate the complexities of financing their education and make their dream of an SMU education possible.

As director of scholarships and financial aid, Henderson manages a multi-million dollar annual scholarship budget, oversees hundreds of student employees and works closely with the Meadows development office to steward over one hundred student scholarship endowments. In 2008, Henderson was instrumental in the creation of the Meadows Scholar program. This initiative has established numerous endowed scholarships and continues to help attract outstanding students who exhibit the artistic and academic qualities sought by SMU Meadows School.

Henderson’s approach to her role is inspired by her parents, who instilled in her a strong work ethic and always told her to accentuate the positive and eliminate the negative. She continues to live by this philosophy every day.