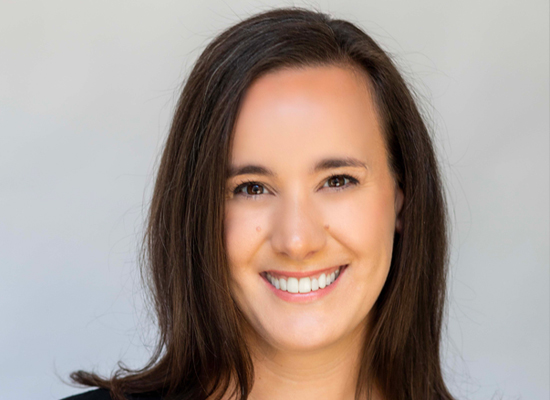 Director of the Judge Elmo B. Hunter Legal Center for Victims of Crimes Against Women and Associate Professor of Law

Natalie Nanasi is an Associate Professor of Law and the Director of the Judge Elmo B. Hunter Legal Center for Victims of Crimes Against Women. Her work involves supervising students’ representation of survivors of gender-based violence in a broad range of legal matters as well as systemic advocacy and policy work.

Professor Nanasi's research explores the intersection of gender and feminist theory with immigration and firearms. Her scholarship has appeared in numerous journals and law reviews, including the Ohio State Law Review, Yale Journal of Law and Feminism, Temple Law Review, Harvard Law & Policy Review, and Columbia Journal of Gender and Law.

Prior to arriving at SMU, Professor Nanasi was a Practitioner-in-Residence and the Director of the Domestic Violence Clinic at American University, Washington College of Law (WCL). Before joining the faculty at WCL, she was the Senior Immigration Attorney and Pro Bono Coordinator at the Tahirih Justice Center, where she represented immigrant women and girls fleeing human rights abuses such as female genital cutting, domestic and sexual violence, forced marriage, and honor crimes. Professor Nanasi also served as counsel in the landmark asylum case of Matter of A-T- and as an Equal Justice Works Fellow from 2007-2009, with a focus on the U visa. Prior to her work at Tahirih, she was a law clerk to the Honorable Lynn Leibovitz of the District of Columbia Superior Court.

Active in the Dallas nonprofit community, Professor Nanasi serves on the Board of Directors of the Human Rights Initiative of North Texas and the Dallas Area Rape Crisis Center.

Professor Nanasi received her J.D. from the Georgetown University Law Center, where she earned an Equal Justice Foundation fellowship for her work at the South Asia Human Rights Documentation Center in New Delhi, India and assisted in the representation of HIV-positive immigrants at Whitman Walker Clinic Legal Services. Prior to her legal career, Professor Nanasi was a rape crisis counselor and supported single teenage mothers at a transitional residence facility in Boston.

An “I Do” I Choose: How the Fight for Marriage Access Supports a Per Se Finding of Persecution for Asylum Cases Based on Forced Marriage, 28 Columbia Journal of Gender & Law 48 (2014)
Full-text:  SSRN | SMU Repository

Quoted in "How the U.S. Fails to Take Away Guns from Domestic Abusers: 'These Deaths are Preventable,'" The Guardian, October 26, 2021

Interviewed on "Banned from Having a Gun, He Killed her with One Anyway," Fault Lines, Oct. 20, 2021

Interviewed on "Her Family Fled Violence in Iraq. Now This Woman Helps Other Refugees in Fort Worth," Fort Worth Star-Telegram, July 11, 2021

Quoted in "How important is clemency for trafficking victims? Let one tell you," Dallas Morning News, March 1, 2020

Quoted in, “‘Abuse Is a Pattern.’ Why These Nations Took the Lead in Criminalizing Controlling Behavior in Relationships,” Time Magazine, June 21, 2019

Quoted in, “The Deadly Link Between Guns and Domestic Violence,” The Crime Report, May 30, 2019

Quoted in, “Federal Prosecutors are Cracking Down on Domestic Abusers With Guns,” Slate, March 25, 2019

Quoted or cited in:

Quoted in, “Thousands of Migrants Will be Housed in Temporary Camps at Two Texas Military Bases,” Dallas Morning News, June 25, 2018

Quoted in “What We Know – And Don’t – About the Consequences of Trump’s Executive Order,” Dallas Morning News, June 21, 2018

Interviewed on CBS 11 News, “Some Believe There’s a Connection Between Domestic Violence and Mass Shootings,” November 7, 2017

Interviewed on The Texas Standard, “A Program to Keep Guns Out of the Hands of Domestic Abusers Hasn’t Fulfilled its Promise,” May 26, 2017