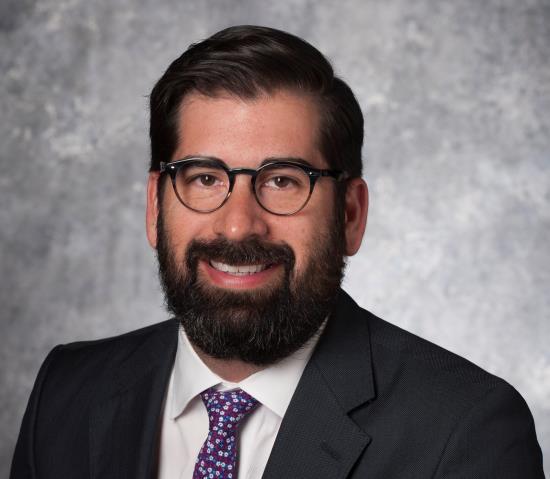 Co-Director of the Tsai Center for Law, Science and Innovation and Adelfa Botello Callejo Endowed Professor of Law in Leadership and Latino Studies

Nathan Cortez is the Co-Director of the Tsai Center for Law, Science and Innovation, the inaugural Adelfa Botello Callejo Endowed Professor of Law in Leadership and Latino Studies, a former Associate Dean of Research, and a Gerald J. Ford Research Fellow. He teaches and writes in the areas of health law, administrative law, and FDA law. His varied research focuses on emerging markets in health care and biotechnology, regulatory theory, government uses of information, and First Amendment regulation of corporate and commercial speech. Professor Cortez has also become one of the world’s leading legal scholars on medical device regulation, particularly devices that rely on artificial intelligence (A.I.) or machine learning. He has published two recent books: Food and Drug Law (5th edition, 2022) (with Peter Barton Hutt, Lewis Grossman, Erika Lietzan, and Patti Zettler); and Readings in Comparative Health Law and Bioethics (3rd edition, 2019) (with Glenn Cohen and Tim Jost).

Professor Cortez presents his research around the world, to governments, regulators, professional societies, industry, and fellow academics. He has presented work at the law schools of Harvard, Yale, and Stanford, among others, and at the medical schools of Harvard, Stanford, and Vanderbilt, among others. His work is recognized internationally and has been translated into Chinese. Professor Cortez is part of several grant-funded projects sponsored by the U.S. and Canadian governments. He also provides frequent commentary to the media, including the Associated Press, Chicago Tribune, CNN, the Los Angeles Times, the New York Times, NPR, Science, WIRED, and the Washington Post.

Professor Cortez co-founded the Texas Legal Scholars Workshop and the SMU Food Law Forum. He has been a peer reviewer for top legal and medical publications, including Health Affairs, The Lancet, The New England Journal of Medicine, the Oxford and Cambridge University Presses, and the Yale Law Journal. He has been a consultant for the Administrative Conference of the United States (ACUS).

Before joining the SMU faculty, Professor Cortez practiced with the Washington D.C. law firm Arnold & Porter, as part of its pharmaceutical, health care, and biotech practice. He represented clients in health care regulatory matters, with a special emphasis on health care fraud and abuse, FDA enforcement, privacy, and the Medicare and Medicaid programs. He represented clients during litigation, in corporate transactions, during agency enforcement actions, and during congressional investigations and hearings. He received his B.A. from the University of Pennsylvania and his J.D. from Stanford.

Substantiating Big Data in Health Care, 14 I/S: A Journal of Law and Policy for the Information Society (2017) (symposium)

Can Speech by FDA-Regulated Firms Ever Be Noncommercial?, 37 American Journal of Law & Medicine 388 (2011) (peer-reviewed) (symposium article)

Embracing the New Geography of Health Care: A Novel Way to Cover Those Left Out of Health Reform, 84 Southern California Law Review 859 (2011)

Patients Without Borders: The Emerging Global Market for Patients and the Evolution of Modern Health Care, 83 Indiana Law Journal 71 (2008)

Analog Agency in a Digital World, in FDA IN THE 21ST CENTURY: THE CHALLENGES OF REGULATING DRUGS AND NEW TECHNOLOGIES (Columbia University Press, 2015)

Cross-Border Health Care and the Hydraulics of Health Reform, in THE GLOBALIZATION OF HEALTH CARE:  LEGAL AND ETHICAL ISSUES (Oxford University Press, 2013)

Into the Void: The Legal Ambiguities of an Unregulated Medical Tourism Market, in RISKS AND CHALLENGES IN MEDICAL TOURISM:  UNDERSTANDING THE GLOBAL MARKET FOR HEALTH SERVICES (Praeger Publishing 2012)

Cross-Border Health Care and the Hydraulics of Health Reform
Harvard Law School (May 20, 2011)

Can Speech by FDA-Regulated Firms Ever Be Noncommercial?
Boston University School of Law (Feb. 26, 2011)

The Legal Impact of Voluntary Codes of Conduct in the Health Industry
Food and Drug Law Institute (Sep. 21, 2009)