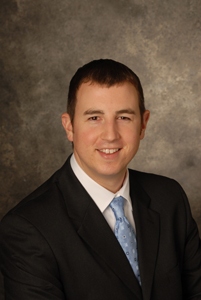 SMU engineer Joseph Camp has earned a National Science Foundation Faculty Early Career Development Award, given to junior faculty members who exemplify the role of teacher-scholars through outstanding research, excellent education and the integration of education and research in American colleges and universities.

Camp, 32, is assistant professor and J. Lindsay Embrey Trustee Professor of Electrical Engineering in the Lyle School of Engineering.  He will receive $450,000 over the next five years to fund research toward improved and more affordable wireless network design incorporating the low frequencies previously occupied by analog TV signals.

“The FCC has recently reassigned the frequency bands that were previously used by analog TV – that’s why viewers were forced to switch to an analog-to-digital converter,” Camp said.  “It opened up a large portion of bandwidth for data communications, creating opportunities for innovative wireless network design.”

Transmission range improves at lower frequencies, as does as the ability of the signal to cut through obstacles, which makes these newly available frequency bands highly desirable for Internet transmission.  Being able to establish wireless networks with fewer transmission towers could result in lowering the cost of service delivery in some cases.

“Alongside these policy changes, wireless hardware is becoming increasingly complex and capable of supporting more bands,” Camp said.  “As a result, the simple question becomes, ‘How do we use the simultaneous access to many different types of frequency bands to improve wireless network performance?’”

The National Science Foundation (NSF) is an independent federal agency created by Congress in 1950 “to promote the progress of science; to advance the national health, prosperity, and welfare; to secure the national defense…” NSF is the funding source for approximately 20 percent of all federally supported basic research conducted by America’s colleges and universities. In the past few decades, NSF-funded researchers have won more than 180 Nobel Prizes.

“Joe's highly competitive NSF award recognizes the extraordinary value of his work and his commitment to share his discoveries and knowledge with students,” said Geoffrey Orsak, dean of the Lyle School of Engineering. “We are fortunate to have him at the Lyle school and very proud that Joe represents the sixth NSF CAREER awardee on our faculty.  Given the small size of our faculty, this is a remarkably strong showing.”

Camp is a member of the team developing the Wireless Open-Access Research Platform (WARP), where he has designed novel rate selection protocols and experimentally evaluated them in diverse scenarios, including residential and downtown urban areas. He was the Chief Network Architect for the Technology For All (TFA) Network, a mesh deployment in Houston, which serves 4,000 users in an under-resourced community. Camp received the Ralph Budd Award for the best engineering thesis at Rice University in 2010.