Programming, learning, and amazing seafood: My trip to the Naval Academy 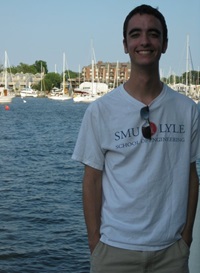 I was standing in the D Terminal of DFW Airport, staring out the vast window that overlooked our plane. The woman at the front desk near the ramp spoke on the intercom, "Now boarding for Baltimore, Maryland." It was at that very moment that I realized how fortunate I was to be given such an opportunity. I have been working with Dr. Delores Etter for six months now as a researcher in iris recognition. The team I joined worked in conjunction with the Naval Academy in Annapolis and aided in the development of a new iris recognition algorithm called RED (Ridge Energy Detection). This trip to Maryland was a chance for the team to mix and mingle with the professors and students face to face, allowing for us to better understand each other and perhaps pitch new ideas for the algorithm. I picked up my bag next to me, boarding pass in my hand, and walked over to the ramp with a big smile on my face.

After a three hour flight and a forty-five minute shuttle ride, I had arrived with my fellow teammates in what I can only describe as the most American town in the nation. Annapolis was filled with American flags and patriotic symbols on pretty much every building. Alongside the Chesapeake Bay, it definitely had its worthy sights. We walked through the guarded gates, showing our proper IDs, and entered the United States Naval Academy grounds.

For the next two weeks, I was able to shake hands with some of the most intelligent people that I had ever met. I even had the opportunity to sit in on lectures given by these individuals and elevated my understanding of both iris recognition and so much more--including neural networks and hardware acceleration. In addition, we also spent a good amount of time continuing our devel 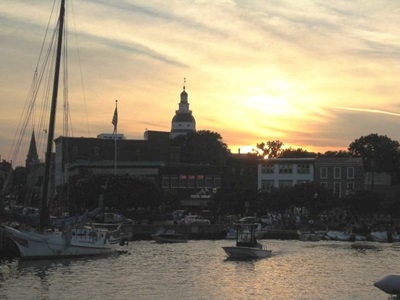 opment on RED, making sure to utilize anybody available to overcome obstacles. When we were not busy learning or writing code, we spent the evenings eating the best seafood around and exploring the historical heart of Annapolis--including the capitol building where George Washington once stood. During the middle weekend of our stay, we even took a train up to New York City, making sure to take as large of a bite out of the big apple as possible, seeing Central Park, the Natural History Museum, the Intrepid, the Empire State Building, and of course taking a two hour cruise around the island. Needless to say, our feet took a beating and my camera died after taking too many pictures.

By the end of our trip, I was full of new ideas and had spent more money on expensive seafood than I care to admit. Everything I was able to partake in gave me such an extraordinary experience. Not a day goes by that I do not cherish the job that I have at the Caruth Institute. Dr. Etter has really gone above and beyond to care for us and I cannot help but think about how SMU has undoubtedly changed my life. Not many people can graduate from college with more than a year of experience in the field of their degree, especially under a highly respected and recognized individual. As I walk up the ramp back into DFW Airport, I take a deep breath and tightly hold onto the straps of my backpack. It was time to get back to work.