It's not a lack of liquidity that's holding back our economy. Investors and business leaders are waiting to learn more about future taxes and regulations. 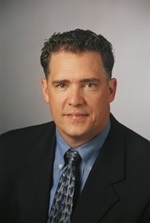 Consumers, investors and business leaders are nervous and uncertain regarding the economic outlook, the legislation newly passed and proposed, and how federal, state and local governments will manage public finances. This uncertainty is inhibiting spending and investment and leading to slower economic growth. In short, there is a crisis of confidence in America.

The evidence is plain. The Conference Board's Consumer Confidence Index in July was an abysmally low 50.4 (1985=100). From the time the survey originated in 1967 to the start of the current downturn that officially began in December 2007--that's 429 surveys covering 492 months--there have been only four monthly readings where consumer confidence was lower: December 1974, May 1980 and January and February 1992.

The National Federation of Independent Business' Small Business Optimism Index tells a similar story. The index, at 89.0, has been below 95 for 32 straight months and below 90 for 23 of the past 28 months. Prior to this pessimistic streak, the index had never dipped below 90 since the survey was introduced in 1986.

Investors also remain nervous. The latest daily value for Rasmussen's Investor Confidence Index, 87.9, is below every observation recorded from when the index began in 2002 until the day Bear Stearns collapsed in March 2008.

Prior to the Great Depression of the 1930s, severe economic downturns and financial crises were typically referred to as a "panic"--a sudden, widespread fear that quickly spread and often resulted in falling prices and significant withdrawals of money from the market. Today, panic is rarely used to describe economic contractions and financial crises--but we have not rid our economy of a recurring pattern of events that leads to contractions and crises.

First, there's an opportunity of some sort--railroads, housing, oil, high-tech stocks, tulip bulbs, whatever--where investors buy in, seeking high returns. Then there's the euphoria of ever-rising asset prices, accompanied by claims that the era of panics and recessions and bubbles is over--that "this time it's different" and "this is the new economy." During this stage, credit greatly expands, helping to overinflate asset prices.

Next more and more investors--more aptly called speculators--seek to get rich quick. They jump into markets without any real understanding of what they are getting into, what true values are, how the process works or when the end might come.

Ultimately, the end does come, panic ensues, and investors run for the exits. Demand falls and prices collapse, often precipitously, and overextended borrowers are unable to make good on their debts. Businesses and banks fail, and creditors find themselves in a liquidity crisis. To stem the crisis, a lender of last resort steps in and provides credit to the dysfunctional system. Then the blame game starts anew. Regulations that were written to prevent the current crisis are discarded, replaced or overlaid with new regulations in an attempt to prevent the next panic.

When prices once again stabilize and become more predictable, and consumer, business and investor confidence is restored, the economy begins growing again at a more sustainable level. But there is no guarantee that the return to normal conditions will be quick.

Uncertainty--the lack of the familiar, the inability to rationally and effectively manage risks, and vague, ambiguous and unpredictable visions of the future--breeds fear of the unknown. And government policies can make or break consumer confidence and business and investor optimism.

Businesses, waiting to understand the impact of new and proposed legislation, hold off hiring new workers and investing in plants, equipment and technology. A respondent to the Federal Reserve Bank of Dallas's Texas Manufacturing Outlook Survey recently reported that "we are hoarding cash and postponing hiring and capital equipment decisions until the November election." Consumers, waiting to understand the impact that continued deficit spending will have on long-run economic growth and future tax rates, hold off making purchases. Investors--waiting to understand whether or not the economy has really recovered because of slow job growth, increased talk of a possible double-dip recession and potential deflation--hoard cash and sit on the sidelines. Such paralysis delays the return to a healthy economic growth path.

It is plain that the government must now take much more seriously the effects of its actions on the general uncertainty and lack of confidence pervading the economy. Congress and other policy makers need to recognize that incentives matter, and that the potential for unintended consequences from interventionist strategies is not insignificant.

No amount of new legislation alone will prevent the next panic. But incentives that allow entrepreneurs and other investors the freedom to take risks and reap the rewards--and to also suffer the consequences of their actions should things not go as they planned--will ultimately drive better behavior and growth.

Policy makers also need to present a credible plan to deal with the national debt. Citizens are rightly concerned about the unsustainably high levels of deficit spending and the effects this will have on future generations. Taxpayers understand that there's no such thing as a free lunch.

Expanding bureaucracies and government control of industries and economic sectors (think health care, financial services, housing) are antithetical to the principles of free enterprise that foster industry and opportunity. They put our economic future at risk.