Al Armendariz, a professor at Southern Methodist University who has been a long-time advocate for tighter rules on air pollution, has been named the regional administrator for the Environmental Protection Agency's Dallas offfice, the EPA announced Thursday. 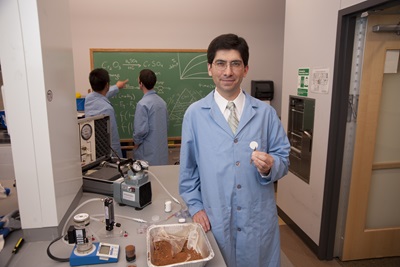 "I'm proud to be selected and to work with the dedicated EPA team in confronting the environmental and energy challenges currently before us," Armendariz said in a news release. "As a scientist, there has never been a more exciting time to be involved in environmental protection."

The Obama administration has vowed to step up its enforcement of environmental laws. According to published reports, EPA Administrator Lisa Jackson met earlier this year with environmentalists in Texas to discuss their concerns about the state's pollution problems.

"I look forward to working closely with Al Armendariz on the range of urgent environmental issues we face, in region 6 and across the nation," Jackson said.

Armendariz has an undergraduate degree from the Massachusetts Institute of Technology and a Ph. D from the University of North Carolina. He has taught engineering at SMU since 2002.

He has also studied on air pollution from cement plants in Midlothian and gas drilling in the Barnett Shale. That work has made him unpopular with industry representatives, who have questioned his methodology but won him plaudits from environmental groups.

"Dr. Armendariz is exactly the kind of person you'd want to have this job, but seemingly never gets it," said Jim Schermbeck, with the clean-air group Downwinders at Risk. "Because of what's at stake and the fact that Texas is the belly of the polluter beast, this may be one of the most important, far-reaching appointments the Obama Administration makes.

Armendariz has consistently pushed for tigher controls on air pollution, and has criticized the Texas Commission on Environmental Quality, which carries out most environmental regulations in Texas. The EPA and TCEQ have been locked in a series of disputes about whether the state agency is properly carrying out the federal Clean Air Act.