Luck of the draw

When they first met as SMU roommates, Jaime Noble Gassmann ’02 (on the left in the photo above) and Beth McKeon ’02 (on the right) weren’t sure they would be close friends. Flash forward to 2020, and they’re revolutionizing the startup ecosystem together.

Beth is the co-founder and CEO of Fluent, a Denver-based data technology company that developed the Fluency Score, which works like a FICO score for startups. Jaime serves as the company’s COO.

Since graduation, their paths have diverged for long periods but intersected at crucial points. The connection that took root in their campus home has kept them close through the years. That’s something they didn’t always see coming.

They both possess a natural inquisitiveness and a sense of adventure, so it’s no surprise that they opted for random roommate assignments. SMU’s Residence Life and Student Housing paired them in Virginia-Snider Commons. For the next two years, they liked being roommates, but they enjoyed separate lives, too. 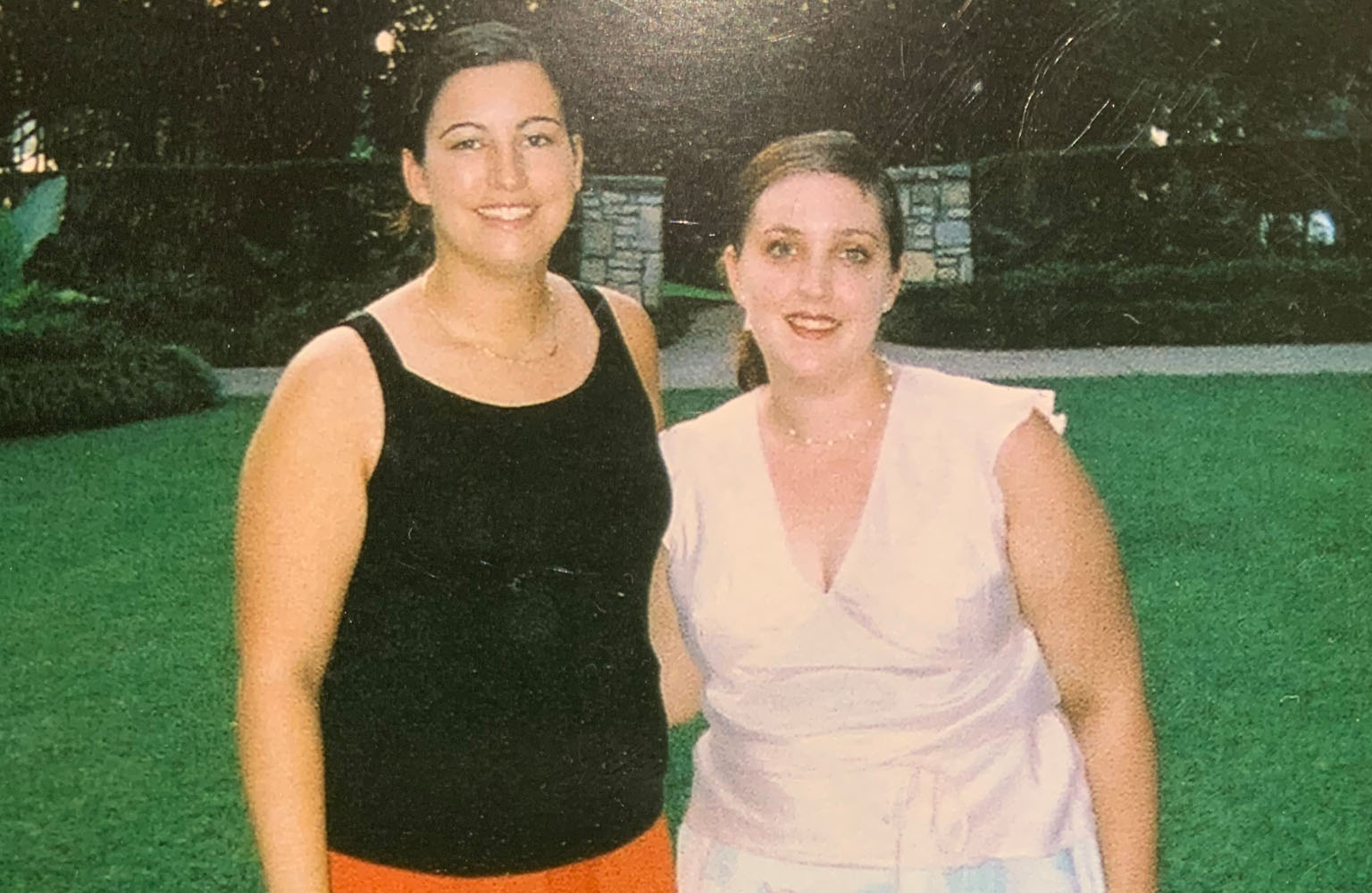 “It’s the alchemy of sharing an intense time of life with another person that forges a friendship. That’s what happened with us. We weren’t instant best buddies. We grew together as people.”

They credit SMU scholarships with making their academic ambitions affordable.

Beth hails from Tyler, Texas. Her selection as a Hunt Leadership Scholar made SMU an easy choice. As a French major, she spent her junior year in Paris. She eventually earned a master’s degree in French Cultural Studies from Columbia University.

Jaime grew up Manhattan, Kansas, the home of Kansas State University. Earning a spot in SMU’s prestigious President’s Scholars Program enabled her to study in London before receiving a degree English. She went on to complete her master’s degree and Ph.D. in American Studies at the University of Kansas.

“We both grew up with a sense of a bigger world beyond the small towns we grew up in and felt that studying abroad was essential to our college experience.”

Creating a foundation of trust

They hopscotched across the country as their lives took off in different directions. A self-described “professional nomad,” Beth lived in 25 cities while working with business accelerators. Jaime applied her talents in communications and policy research before starting a baby carrier company. Becoming an entrepreneur filled a need she discovered as an Army spouse and mother of two young children. Through it all, they leaned on each other as advisors, sounding boards and friends. 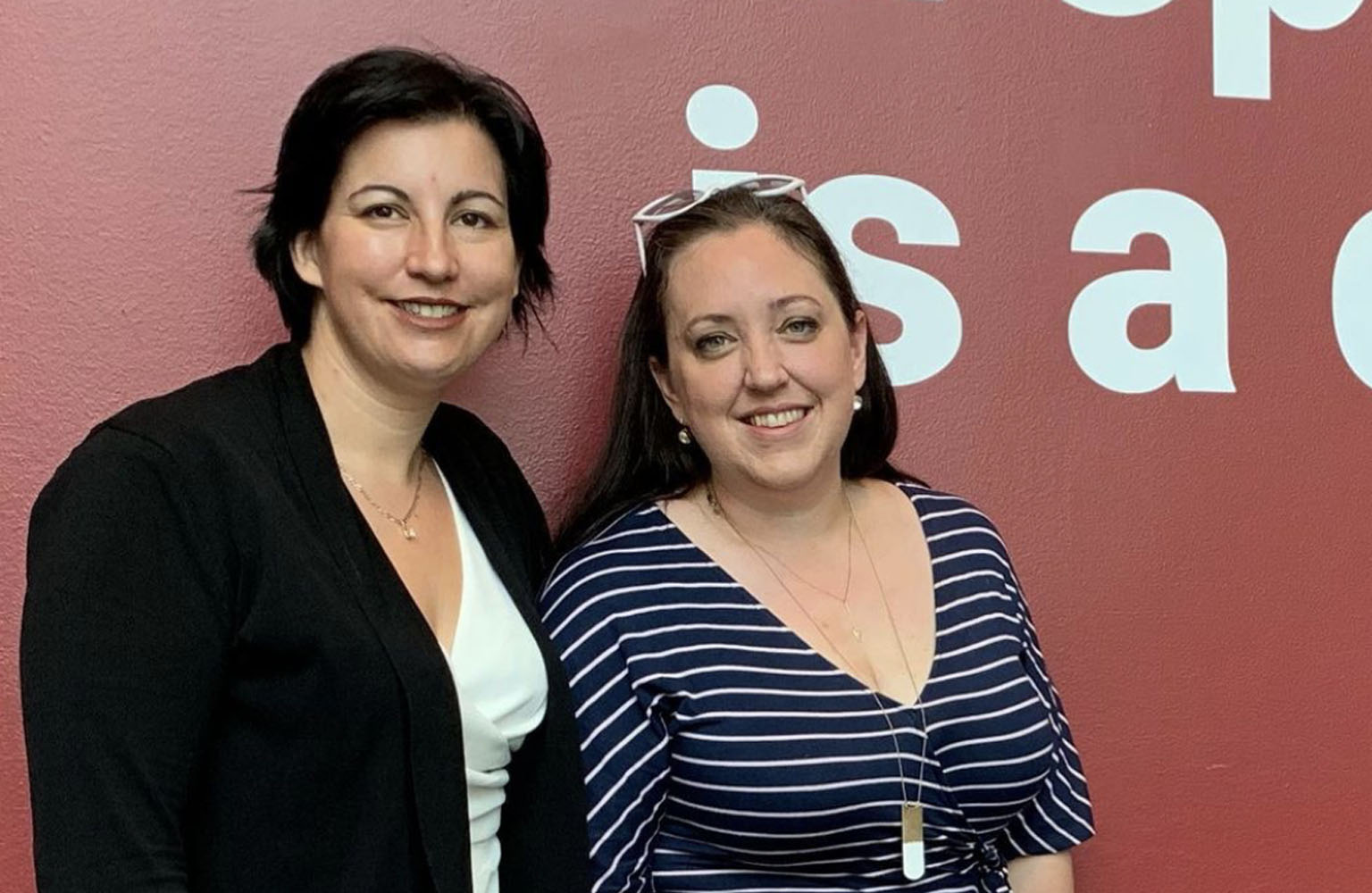 “We’ve been relying on each other in healthy and supportive ways since college. Our history gives us a shorthand and a level of trust that you can’t accidentally stumble on.”

A partnership built on friendship

Beth and Jaime believe Fluent is ahead of the curve with an information-based strategy aimed at opening the funding pipeline to more diverse businesses.

The Fluency Score injects data into a process that often relies on investors’ emotional judgments - and leaves behind worthy companies. “It’s leveling the playing field for startup founders so that decisions about who gets access to resources and capital are based on the merits of the businesses,” Beth says.

Jaime draws a direct line from their equity-focused mission to SMU, where they first dived into the history of disparity and learned to think critically.

“Our liberal arts education became a fulcrum for us to do good things in the world.”