DALLAS (SMU) – From answering pre-launch questions before a NASA mission to one of Saturn’s moons, to identifying hundreds of mostly “hidden” landslides on the U.S. West Coast, SMU professors and students fueled research with impact in 2021. Here are some of the highlights:

The New York Times, Wired, Space, ScienceDaily, Live Science and Discover Magazine all featured the work of chemistry expert Tomče Runčevski, who led a team of researchers to create Titan-in-a-test-tube, which replicated the conditions of Saturn’s moon, Titan. Titan is the only moon in our solar system to have a dense atmosphere like Earth and is the only one to have liquid rivers, lakes and seas.

Five reporters and photographers from The New York Times visited human speed expert Peter Weyand’s Locomotor Performance Lab for a story and video on how speed and distance dictate how Olympians run. In another Times story, Weyand commented on his evaluation of runner Blake Leeper, barred from international competition because his running blades give him an unfair height advantage. 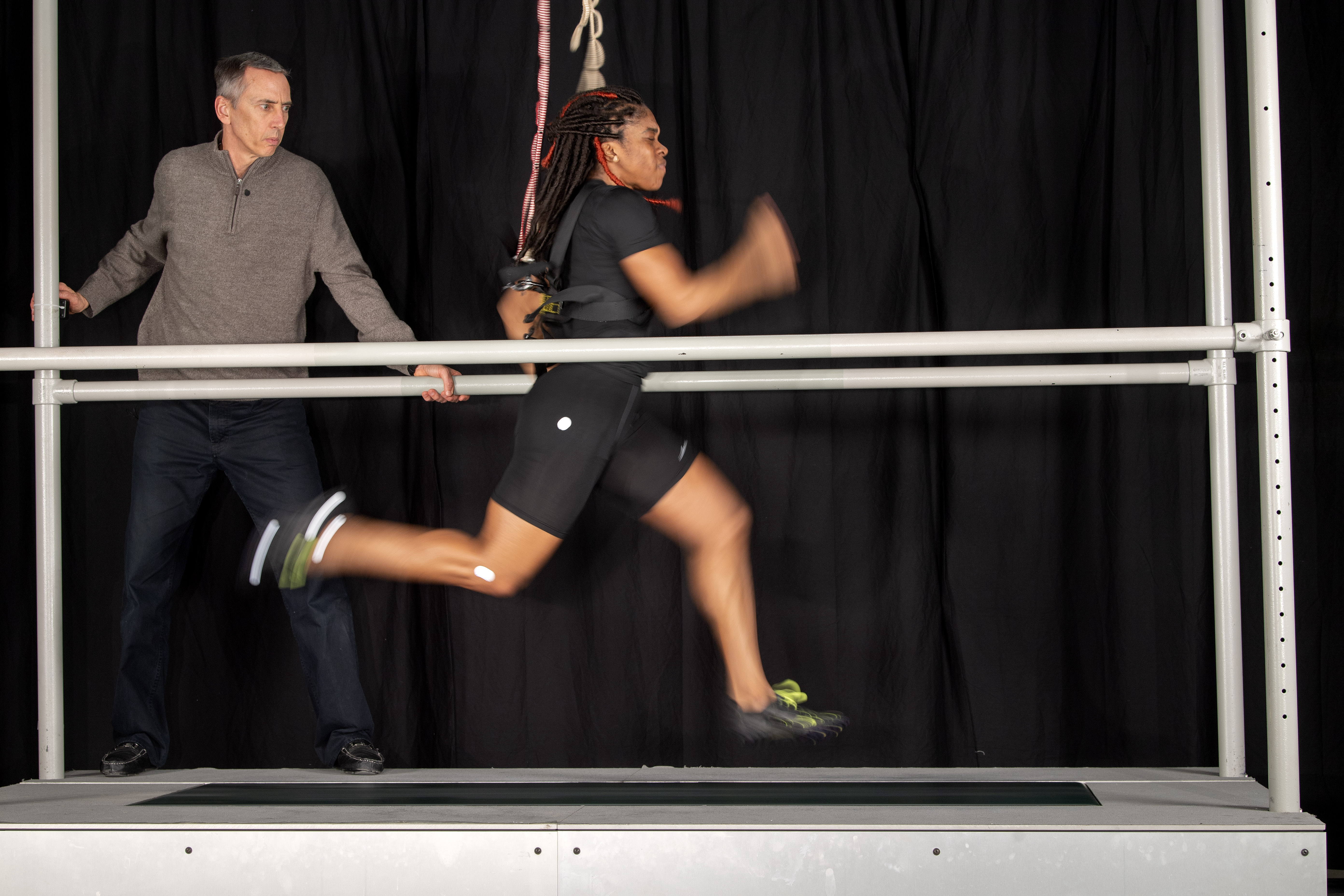 The duck-billed dinosaur, Yamatosaurus, discovered by paleontologist Tony Fiorillo and colleagues in Japan, was named by National Geographic as one of the 10 most amazing dinosaurs discovered in 2021. The new dinosaur species was also featured in Newsweek, The Hill and Salon, among others. In addition, a journalist writing for The Washington Post tagged along with Fiorillo on his search for Arctic dinosaur footprints in one of Alaska’s most remote locations.

A team of mechanical engineering researchers is working with NASA to develop Frosty, a tiny optical seismometer that could be used for exploration on icy worlds like Jupiter’s moon, Europa. NASA Science covered the SMU team’s research – doctoral students Jaime Da Silva and Elie Salameh and professor Volkan Ötügen are featured.

In the “good news, bad news” category, the meteorite that crashed into Earth 66 million years ago caused the extinction of non-avian dinosaurs, but also led to the emergence of the Amazon rainforest, paleobotanist Bonnie Jacobs said in The Washington Post and Scientific American and on The Weather Channel.

New research by education policy expert Dominique Baker on using admissions lotteries to increase diversity was featured in Inside Higher Ed, The Chronicle of Higher Education, The 74 and Higher Ed Dive. The Washington Post, The Wall Street Journal, Market Watch, The Chronicle of Higher Education and other media outlets tapped Baker throughout the year on topics such as student debt and options to replace the SAT and ACT.

Psychology expert Nathan Hudson’s recent research that personality traits can be changed through intervention was highlighted in Psychology Today and Forbes.

Dallas Innovates and CBS 11 featured technology developed by Lyle Dean Marc Christensen and engineering experts Duncan MacFarlane and Prasanna Rangarajan that enables cameras to see through nearly anything and around corners.

In Iceland, SMU volcanologist John Eichelberger and an international team are learning more about a magma chamber below the Krafka volcano, Science reported.

Their grandmothers’ struggles with Alzheimer’s disease inspired two SMU Ph.D. students, James McCormick and Lauren Ammerman, to identify a protein that may slow the onset of the disease. The Dallas Morning News and NBC 5 featured their research. 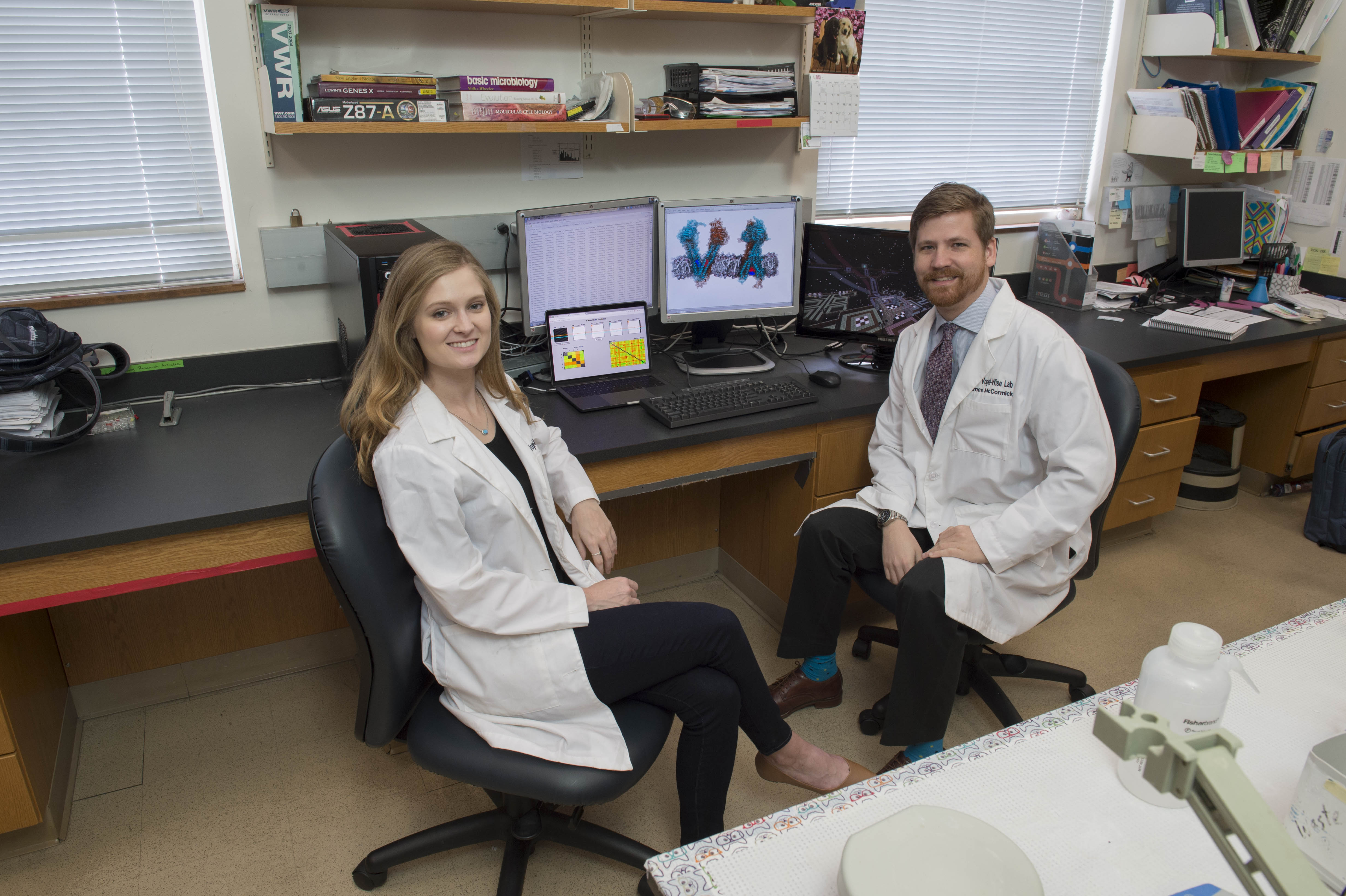 Geophysicist Zhong Lu and Yuankun Xu, a postdoctoral researcher who works in Lu's SMU Radar Laboratory, used satellite imagery to identify more than 600 slow-moving landslides near the U.S. West Coast. Less than 5% of the landslides were previously identified. The news was covered by Phys.org and AGU’s The Landslide Blog, and Lu and Xu co-authored an op-ed for syndicated news service Inside Sources calling for policymakers in western states to monitor the movement of landslides they identified.

In an op-ed in the Tampa Bay Times, engineering professor Halit Uster urged emergency preparedness experts to consider his research demonstrating the importance of across-the-board cooperation long before a natural disaster occurs.

The discovery of carbon dioxide cold traps on the Moon has implications for future lunar landings as well as possible human or robot occupation on the Moon, according to new research by planetary scientist Matthew Siegler and others in Medium.com.

Is your pet part of your family? Yes, says sociologist Andrea Laurent-Simpson in her new book, Just Like Family: How Companion Animals Joined the Household. Dallas Innovates wrote about her new book and FOX News Digital and The Bark magazine featured her op-eds.

Biology researcher John Wise was featured in Dallas Innovates, NewsRadio 1080 and Drug Discovery Online as lead inventor of ChemGen, a computational approach to drug discovery that cuts the time and costs of drug discovery.

Psychology professor Priscilla Lui discussed her research on racial discrimination in a two-part series on anti-Asian racism with KERA radio. She also notes there is nothing micro about racial microaggressions in an op-ed piece she wrote in Diverse Issues in Higher Education.

In the Austin American-Statesman, geothermal experts Maria Richards and Bob Gregory propose that expanded use of geothermal energy may help with Texas’ recent energy woes.

Physicist Krista Lynne Smith combined readings from two high-powered space telescopes to detect a bright, long-lasting gamma-ray burst. Sci-News, UPI and Astronomy covered the discovery. The physics professor also explained the science of the Dec. 21 alignment of Jupiter and Saturn to CBS 11. Missed it? You’ll have another opportunity in 2080.

DFW Child Magazine, The Autism Site News and Pediatrics Daily News covered new research from psychology expert Chrystyna Kouros suggesting children on the autism spectrum may be more likely to misinterpret healthy arguments between their parents as negative, compared to children who are not on the autism spectrum.

Ice age Siberians may have been the first to domesticate dogs, according to a paper co-authored by renowned SMU anthropologist David Meltzer and covered by The New York Times and Science.

Dallas Innovates highlighted the work of SMU engineering professors Ali Beskok and J.-C. Chiao that has developed a new rapid COVID-19 antibody test that produces results in minutes from a drop of blood. 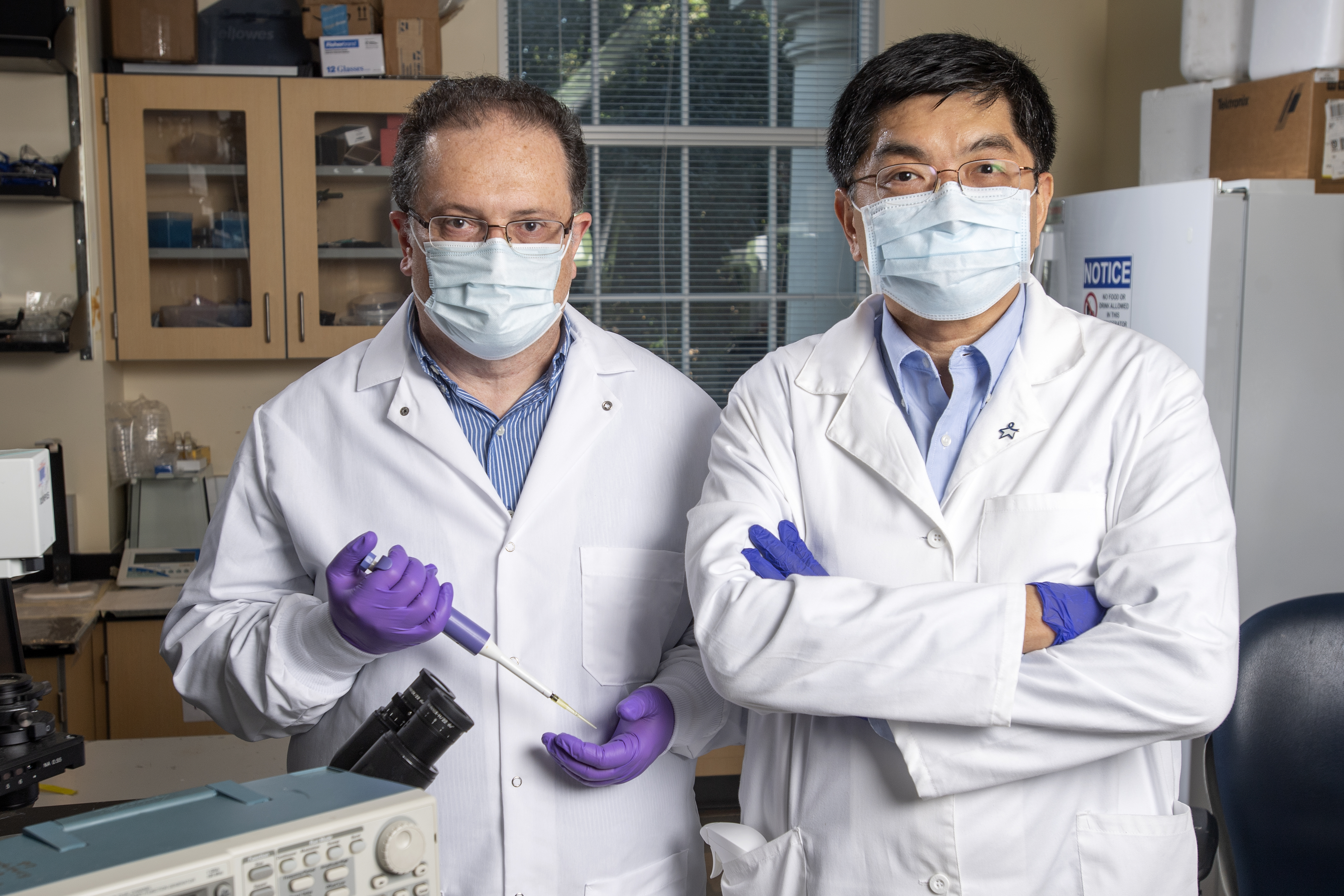 Engineering graduate Aman Singh has helped his family business grow from his mother’s kitchen to a 30,000-square-foot factory manufacturing Kaurina’s Kulfi, a frozen Indian dessert made from caramelized milk, which is expanding its distribution in the Dallas market. The Dallas Morning News featured the company.

Outside Magazine featured research by Simmons human speed experts Peter Weyand, Jen Nollkamper and Lindsay Ludlow that compared four walking calorie equations, including the one they developed, Minimum Mechanics. The result? In most cases, reviewers preferred the accuracy of the Minimum Mechanics equation.

SMU is the nationally ranked global research university in the dynamic city of Dallas. SMU’s alumni, faculty and nearly 12,000 students in eight degree-granting schools demonstrate an entrepreneurial spirit as they lead change in their professions, communities, and the world.