A New Era of Engagement

These generous gifts from longtime SMU supporters will launch an exciting new endeavor at the Meadows Museum through the establishment of the Custard Institute for Spanish Art and Culture. Dedicated to the study of the material culture and heritage of Spain, the institute builds on the museum’s excellence in the field of Spanish studies established over more than 50 years. The Custard Institute represents a major stride towards the Meadows’ core mission to be “the leading center in the United States for exhibition, research and education in the arts and culture of Spain.”

“Furthering the scholarship and artistic appreciation of Spanish heritage is crucial to the Meadows Museum’s mission, and we are gratified to be a part of that future.”

“This commitment marks an exciting new chapter at SMU,” said SMU President R. Gerald Turner. “The Custard Institute for Spanish Art and Culture at the Meadows Museum illustrates the critical role that institutions like museums play in the study of art and culture and their lasting impact on the world. Through their gift, the Custards and The Meadows Foundation will foster profound partnerships and inspire meaningful scholarship that reaches far beyond SMU’s campus.”

Expanding the museum’s current research and educational programs, the Custard Institute will significantly increase the museum’s research activities by fostering interdisciplinary collaborations with peer institutions and by facilitating new ways of teaching and learning alongside SMU’s other archives and libraries. 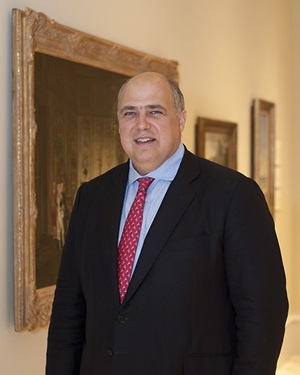 “Furthering the scholarship and artistic appreciation of Spanish heritage is crucial to the Meadows Museum’s mission, and we are gratified to be a part of that future,” said Linda P. Custard ’60, ’99. “Mark Roglán has long been a leading force behind the museum’s development and growing reputation, and we are proud to honor his vision of a dedicated institute for Spanish art and culture.”

The Custard’s gift will name the director of the new institute in honor of Mark A. Roglán, who celebrates his twentieth anniversary at the Meadows Museum this year. Long an influential advocate for the study of Spanish art in America, Roglán’s decades of leadership and dedication will be honored through the named Mark A. Roglán Director of the Custard Institute for Spanish Art and Culture at the Meadows Museum. Roglán is a professor of Arts Management and Arts Entrepreneurship and was named the inaugural Linda P. and William A. Custard Director of the Meadows Museum and Centennial Chair in Meadows School of the Arts in 2013, having held the position of museum director since 2006.

“The Meadows Museum is honored to be the recipient of such a generous gift from the Custards and The Meadows Foundation, and I am incredibly humbled by their decision to name the new institute’s director in my honor,” said Meadows Museum Director Mark A. Roglán. “Thanks to the commitment of the Custards and The Meadows Foundation, the Meadows Museum will reach new heights in its mission to foster original research and meaningful collaborations. We will now be able to expand existing partnerships, develop new ones, and deepen our understanding of the impact of Spanish art and culture on the world.”

“We are tremendously proud to have been a part of the museum’s history, and we look forward to being a part of the future of both the museum and the new Custard Institute.”

“This gift by the Custards and The Meadows Foundation is a transformative milestone in the Meadows Museum’s story,” said Algur H. Meadows Dean and Professor of Music Sam Holland. “Gifts like this foster innovative research and honor extraordinary leadership at SMU, and we are truly grateful for the Custards’ and The Meadows Foundation’s ongoing dedication to the museum and its mission.”

Through programming such as lectures, seminars, and symposia, the Custard Institute will facilitate and inspire academic collaboration by welcoming new voices to SMU’s scholarly community. Public programs will engage knowledge workers and creatives across disciplines, from curators, archaeologists, and conservators to other specialists interested in topics related to the museum’s collections and exhibitions. Seasoned scholars and students from around the world will be invited to explore the art and material culture of Spain at SMU. Furthermore, the institute promises to make a major contribution to the field of Spanish studies through its support of academic publications.

“Gifts like this showcase the dedication and ingenuity of the Mustang community,” said Brad E. Cheves, SMU vice president for Development and External Affairs. “Donors like Linda and Bill and organizations like The Meadows Foundation power discovery and creativity on the Hilltop and throughout Texas. We are incredibly grateful and honored that they have chosen to invest yet again in the future of SMU and the Meadows Museum.” 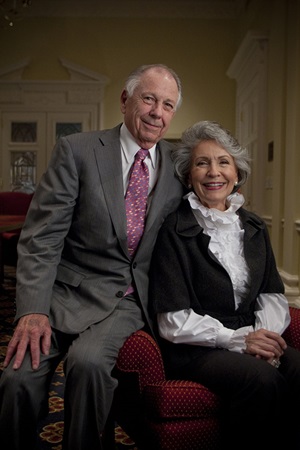 Linda Pitts Custard ’60, ’99 is a longtime member of the SMU community, contributing to various causes, board and committees across SMU’s campus. Earning her MBA from Cox School of Business in 1999, she has since served on SMU’s Board of Trustees, Meadows School of the Arts Executive Board and the Meadows Museum Advisory Council, among others. A partner of Custard/Pitts Land and Cattle Co., Custard was named an SMU Trustee Emerita in 2018. Among her many accolades are Cox School of Business Distinguished Alumni Award, Meadows at the Meyerson honoree and SMU Distinguished Alumni Award. In 2016, she was honored by H.M. King Felipe VI of Spain with the Officer’s Cross of the Order of Isabel the Catholic for her support of the art and culture of Spain.

William (Bill) Custard ’57 is Chairman of Dallas Production Company and President of Custard & Pitts Investment Company. He is a member of the National Petroleum Council, along with a number of other petroleum industry organizations. A member of SMU’s Class of 1957, Custard graduated with a BBA in finance as a member of Sigma Alpha Epsilon. In the years since, he has served on the Cox School of Business Executive Board, the Maguire Energy Institute, and the L. Frank Pitts Energy Leadership Nominating and Award Committee, among others. Alongside his many community awards and recognitions, Custard is a recipient of the Cox School of Business Distinguished Alumni Award and is a Life Trustee of the Dallas Theater Center.

A major philanthropic leader for over 70 years, The Meadows Foundation seeks to assist the people and institutions of Texas through grants and direct charitable contributions. Based on the guiding principles and future-focused vision of founders Algur H. and Virginia Meadows, the foundation works to improve communities throughout Texas by funding the arts, education, health, human services and civic development and improvement.