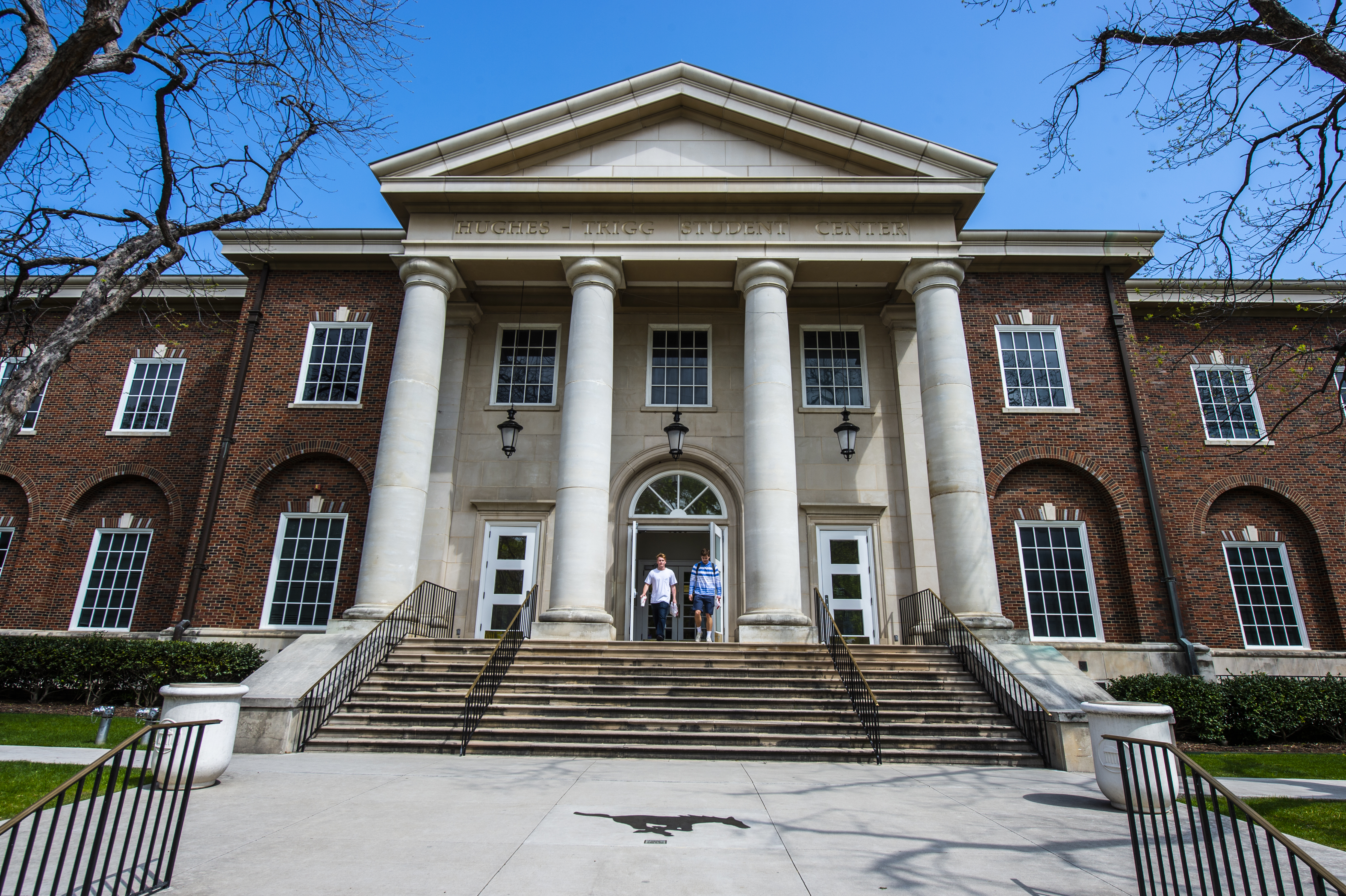 A $1 million gift from the Hegi Family – Fred ’66 and Jan Hegi ’66 and their sons and daughters-in-law, Peter and Amy ’96 and Brian and Elisabeth (Libby) – will equip students to navigate today’s fast-changing work environment and find lifelong career success through the renovation and expansion of SMU’s Hegi Family Career Development Center. The Hegis’ generous commitment will modernize conference rooms and the lobby of the center, as well as fund the addition of two new career counselors to equip students with skills that position them for professional success.

"The Hegi name is synonymous with student achievement on campus,” said SMU President R. Gerald Turner. “Jan, Fred and their family’s support continues to positively impact countless students during the most crucial point in their lives – their first steps toward a rewarding career. With this new gift, the Hegi Center will be able to provide even more relevant experiential learning and professional development opportunities for Mustangs to gain skills that will situate them for a productive and rewarding future.”

“We are excited to continue supporting the Hegi Family Career Development Center as it grows and expands to help Mustangs adapt, succeed and lead in their chosen professions.”

Housed in the Hughes-Trigg Student Center, the Hegi Family Career Development Center endeavors to be an industry leader in the field of student success. The renovated space, supported by the Hegi family’s gift, will incorporate the latest cutting-edge technology for student use in addition to providing more opportunities for Mustangs to hone their career skills. It will also allow for larger career fairs, enabling more corporations and employers to attend these popular events and network with SMU students.

“When our family was first approached by Dr. Turner in 1999 to help build a best-in-class career center, we were intrigued with the idea of constructing a place that would support SMU students, faculty and alumni not only on campus, but also throughout their careers as their vocational interests and needs evolved,” said Fred Hegi, founding partner of Wingate Partners. “My wife, sons, daughters-in-law and I are excited to continue supporting the Hegi Center as it grows and expands to help Mustangs adapt, succeed and lead in their chosen professions.”

The Hegi Family Career Development Center empowers students and alumni to cultivate meaningful lives through career development, continuous learning and professional growth. As an addition to the current staff, the Hegis’ gift will fund two new career counselors who will empower students and alumni to find their passion and purpose. These new counselors added to the existing career development team will help students find the major, industry and career that will best suit their values, interests, skills and passions. After providing students a foundational understanding of the career process and encouraging them to explore potential majors and career paths, the career development team helps students polish their professional skills in order to be fully prepared to enter the workplace successfully.

“Because of the unwavering and generous support of the Hegi family, SMU students can access the Hegi Family Career Development Center where they can explore their professional goals and learn foundational skills that will make them career-ready upon graduation and serve them long after they leave the Hilltop,” said K.C. Mmeje, vice president for Student Affairs. “We are grateful to Fred, Jan and their family for continuing to support SMU’s students as they plan boldly for their future.”

The Hegi family’s gift will help the center reach the goals laid out in its new strategic plan, Cultivating Courageous Careers, which will galvanize Mustangs to achieve their dreams. The goals include: optimizing technology and data management; increasing support for special student populations; aligning practices and processes with campus wide career services community; maximizing connections with campus and academic partners; enhancing counseling capacity for continued expansion of services; and amplifying student voices.

“SMU is thankful to the Hegi family for their continued support of the Hegi Family Career Development Center, which helps Mustangs think big and do good as they enter the work force,” said Brad E. Cheves, vice president of Development and External Affairs. “The Hegis’ generosity is driving innovation and creating a community of Mustangs ready to leave SMU and become creative leaders in the world.”

Fred Hegi graduated from SMU in 1966. He later received his M.B.A. from Harvard Business School in 1968 and earned his Ph.D. at the University of Texas at Austin in 1970. He is a founding partner of Wingate Partners and formerly was the chairman of the board of United Stationers, Kevco and Loomis, Fargo & Co. He has served on the boards of LCI Industries, Hallmark Cards, Texas Capital Bancshares, Austin Industries and Lone Star Technologies. Prior to forming Wingate Partners, he was president of Valley View Capital Corporation, which was responsible for the acquisition, financing and management of various operating companies, including Swift Independent Corporation and Friona Industries. 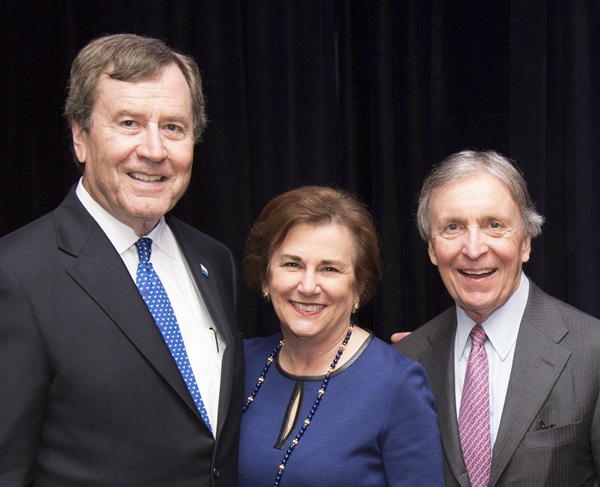 Hegi is a trustee of the Dallas Center for the Performing Arts Foundation, Southwestern Medical Foundation and UT Southwestern’s President’s Advisory Board and a member of the executive committee of the Chancellor’s Council of the University of Texas System. He is former chairman of the advisory council of the University of Texas School of Business and its foundation as well as of the Communities Foundation of Texas. He is a member of the George W. Bush Institute CEO Advisory Board and also serves as an advisory director and former chairman of the Interfaith Housing Coalition, a Dallas-based ministry to homeless families, which in 1997 established the Frederick B. Hegi, Jr. Humanitarian Award to recognize Hegi’s work on behalf of this nonprofit organization. At SMU, Hegi serves as a member of the Board of Trustees. He was presented with SMU’s Cox School of Business Distinguished Alumni Award in 2007 and SMU’s Distinguished Alumni Award in 2009. Hegi also received the Henry Cohn Humanitarian Award from the Anti-Defamation League. Hegi and Jan were recognized with the Spirit of Generation Award from the Senior Source. In 2019, the Hegi family received the Flora Award from the Texas Discovery Gardens. In 2012, Jan and Fred were the recipients of the Spirit of Contact Award for their work in the field of health and human services.

Jan Hegi graduated from SMU in 1966 with a degree in elementary education. A former educator, she is an active member of the Dallas community, including as part of the Dallas Woman’s Club and the Dallas Garden Club. She has served as chair of Interfaith Housing Coalition, is a past member of the Contact board and is a co-founder of the Stewpot Alliance. She previously served on the Highland Park Library board and as a member of the president’s advisory council of the Dallas Center for the Performing Arts Foundation.

Among other service at SMU, Jan is as a member of the Dallas Alumnae Association of Kappa Kappa Gamma, and in 2011, she was the recipient of the association’s Robin Whitfield Brown award, given for outstanding leadership and service to the SMU chapter by a Kappa alum over an extended period of time.

“With this new gift, the Hegi Family Career Development Center will be able to provide even more relevant experiential learning and professional development opportunities for Mustangs to gain skills that will situate them for a productive and rewarding future.”

Peter Hegi earned his bachelor’s degree in engineering in 1996 and his M.B.A. and M.S. in engineering in 2003 from Stanford University. While a student at Highland Park High School in University Park, Texas, Hegi won 14 individual state championship gymnastics titles, a record he still holds to this day. As captain of the Stanford men’s gymnastics team, he led his teammates to two NCAA titles. Hegi is the vice president and general manager of Castlight Health and president of Braxton Advisors LLC. He has served on SMU’s 21st Century Council and Hegi Family Career Development Center board, and on the boards of Senior Source and Interfaith Family Services. His wife, Amy Hegi ’96, earned her B.A. in communications from SMU. Her career began in advertising, after which she became a fashion buyer for Neiman Marcus and Harold’s. In the community, she chaired both the 2019 Chick Lit luncheon benefiting Community Partners, and, with her sister-in-law Libby Hegi, the Soup’s On! Luncheon benefit for The Stewpot. She is also active on several Crystal Charity Ball committees. Peter and Amy have three daughters, two of whom are currently students at SMU. 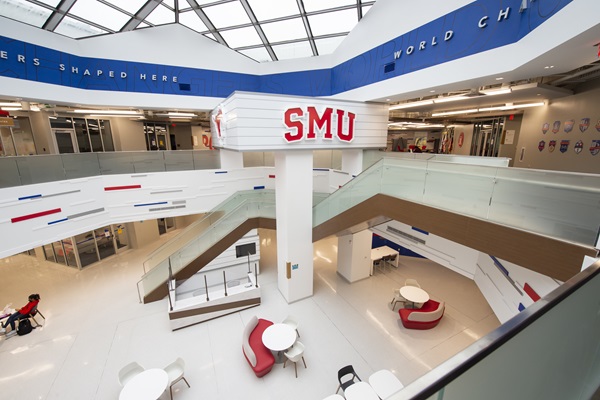 Brian Hegi earned his B.A. from Vanderbilt in 1999 and his M.B.A. from the University of Texas at Austin in 2004. He is a co-founder of and partner at Crossplane Capital, a private equity firm. Prior to that, he was managing director with Prophet Equity and an operations improvement consultant with AlixPartners and A.T. Kearney. He currently serves on the boards of Crossplane portfolio companies Accent Family of Companies, TransAxle and Griffin Dewatering. In the community, Hegi is a board member and former chairman of Interfaith Family Services and serves on the advisory board for the Hicks, Muse, Tate & Furst Center for Private Equity Finance at the University of Texas. At SMU, he serves on the board of the Hegi Family Career Development Center and served on the Campaign Steering Committee for campus and student life during the Second Century Campaign. His wife, Elisabeth (Libby) Hegi is a third-generation Longhorn and graduate of the University of Texas at Austin.  She is an active member of the Crystal Charity Ball Committee, served as PTA president of Bradfield Elementary and has been involved with Cattle Baron’s Ball.  She and sister-in-law Amy Hegi co-chaired the inaugural Interfaith Family Services Luncheon, the Soups On! Luncheon benefiting The Stewpot and are currently the underwriting chairs for the Celebrating Women’s Luncheon.  Brian and Libby have three children.