Internal memos can be a critical part of any employment-related action you take as a supervisor.  It is important to remember that interpersonal notes and records that you might think are private can be disclosed in the event of litigation.  This means that if your memos are not carefully written, they can end up being used as ammunition against you in a lawsuit.  In some situations, inflammatory documents have also been leaked to the media, creating a public relations disaster.  Therefore, keep two things in mind when creating case documentation: first, keep notes private unless and until you decide to reveal them; and second, make sure that they will help you in the event of an employee dispute.

Here are some specific guidelines for achieving these goals:

Make the documents work for you

Write both private notes and memos as if both the employee and a jury will see them.  The best approach is to view confidential records as evidence you’ll want to support your decisions.

The most well intentioned personnel actions can be undermined if you’ve used careless language in a note or memo.  Avoid obviously illegal comments such as “We need someone with young, fresh new ideas” and more subtle statements that may suggest possible age, race, sex or other bias.  Also, stay away from defamatory comments and conclusions not supported by documented facts, such as “Joe is dishonest” or “Mary is an alcoholic.”  Instead make sure you show that your decisions were made fairly and impartially.  For example, list the objective performance problems that were brought to the employee’s attention and the numerous opportunities the person was given to improve.

It can be difficult to explain in court why the final version of a memo is different from an earlier draft. Keep prior drafts only if there is a specific reason to do so.

Consider no memo at all

Always ask why you are putting something in writing – and if you can’t come up with a good reason, don’t.

Use caution with email and voicemail messages

It is easy to be imprecise when speaking rather than writing, and people often draft emails more casually than they would a formal letter. Never assume that what you’re saying is private. Remember, deleted email messages can sometimes be retrieved if a dispute arises.

Use standard templates when available 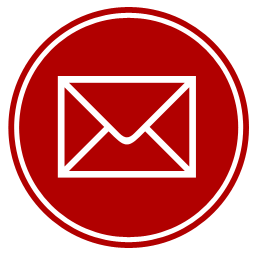