When organist Stefan Engels did his first recording for the Priory label – the largest label of organ and church music in the world – he didn’t know that it would lay the groundwork for one of the most challenging and fulfilling projects of his career.

When Stefan Engels was a music major in Germany, he became fascinated with the works of composer Sigfrid Karg-Elert. Karg-Elert, a prodigious yet controversial 20th-century composer, wrote scores that exceeded the norms of the day. Critics said his arrangements lacked nationalism; fans thought of his music as fresh, leading-edge and cosmopolitan. “His music is engaging, challenging and unique,” says Engels. “It is high quality, colorful music that needs to be made available and known to the music world.”

As a student, Engels did not yet know that his fascination with the composer would set him on a path that would highlight Karg-Elert’s distinctive mark in the music world and, at the same time, create a significant milestone in his own career.

As associate professor of organ and chair of the organ department at Westminster Choir College in Princeton, N.J., and then as professor of organ at the University of Music and Performing Arts in Leipzig, Germany, Engels said the music of Karg-Elert was never far from his music stands. One night in 2003, after performing in a concert at St. John’s Smith Square in London, England, he was approached by Neil Collier, president of Priory Records, the largest producer of organ and church music recordings in the United Kingdom. Collier asked if he would be interested in recording the works of Karg-Elert. Engels had thought perhaps Collier was talking about a CD of selected compositions, but Collier’s interest went much further.

“At that point, I had done one ‘Great European Organs’ recording with Priory,” says Engels. “It turned out he wanted to record all of Karg-Elert’s 225 organ compositions. He said, ‘Stefan, wouldn’t it be a marvelous idea if we do a complete catalogue, as no one has ever done it before?’ I, of course, said yes.”

Over the course of 13 years, Engels and Collier traveled to 15 churches and cathedrals in five countries to record Karg-Elert’s organ works. The result is a 15-CD set that has received rave reviews from leading organ publications.

Playing on the cathedrals’ magnificent organs was paradise for Engels.

“All of the various organs heard on the recordings represent the late Romantic style of organ-building from the time when Karg-Elert lived [1877–1933],” he says. “Karg-Elert had a great interest in the tonal possibilities of these instruments. The timbre of the organs, the flares, the ensemble sounds, the colors, the character of the solo stops – all of these things match the atmospheric and emotional content of Karg-Elert’s music extremely well. It was highly satisfactory to be able to play Karg-Elert’s music on such beautiful and inspiring organs.” 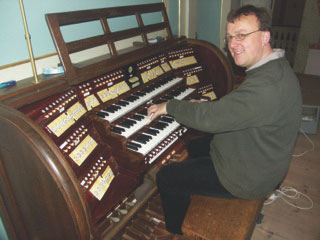 In all, Engels and Collier traveled to churches and cathedrals in the U.S., UK, Germany, Switzerland and Norway (see list elsewhere on this page). Collier was dedicated to the project and served as recording engineer for all 15 CDs. While Priory backed most of the collection, SMU Meadows School of the Arts also supported the final two CDs, volumes 14 and 15, completed in 2015 and 2017.

“I feel satisfied and happy that I can contribute to making the organ music of Karg-Elert more known, worldwide, with this project,” says Engels. “Some of the works are rather difficult and intricate and require a lot of imagination in regard to the sounds and registrations. I felt that it was an absolute necessity to use the most appropriate instruments for these recordings where the organ works of Karg-Elert sound at their best.”

Hear samples from all 15 of the CDs in the Priory “Complete Organ Works of Sigfrid Karg-Elert” collection.

Volume 9, 23 tracks, Link Organ of the Stadtkirche in Giengen an der Brenz, Germany

Karg-Elert performed at SMU’s McFarlin Auditorium on February 19, 1932. “The trip to Dallas was arranged by Mrs. J.H. Cassidy, head of the organ department of Southern Methodist University and a former pupil in Germany of Dr. Karg-Elert,” wrote John Rosenfield in The Dallas Morning News. “Dr. Karg-Elert’s gift for meditative, moody music approaches genius.”

The SMU Semi-Weekly Campus wrote: “Dr. Karg-Elert occupies a unique place among contemporaneous composers, and figures as the most renowned and the most productive composer since Max Reger. ... Karg-Elert steeps himself in aggressive orchestral effects on composing for the organ, to which he grants brilliant passages as exhibited in the Renaissance during the fullness of its bloom.” 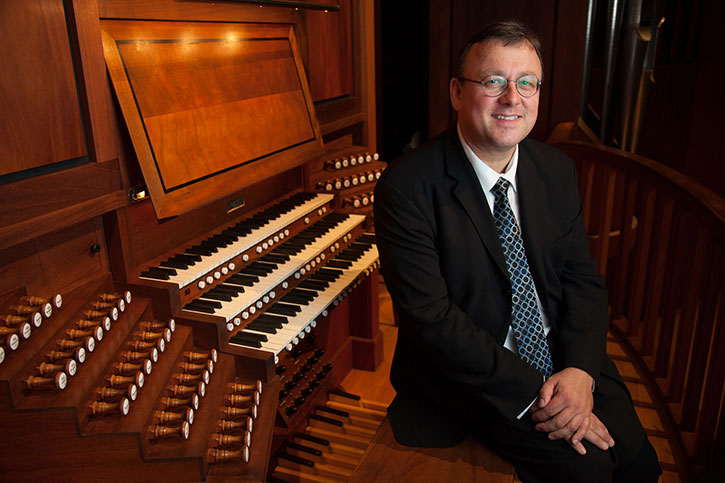 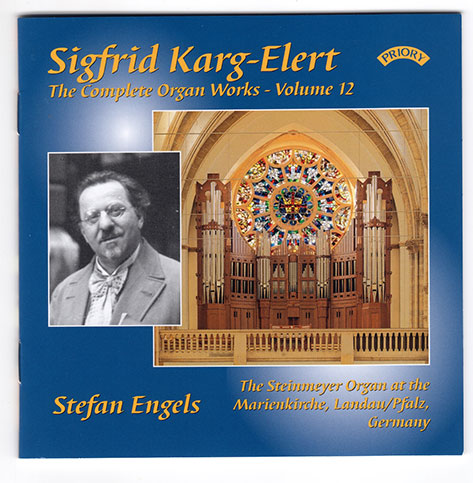 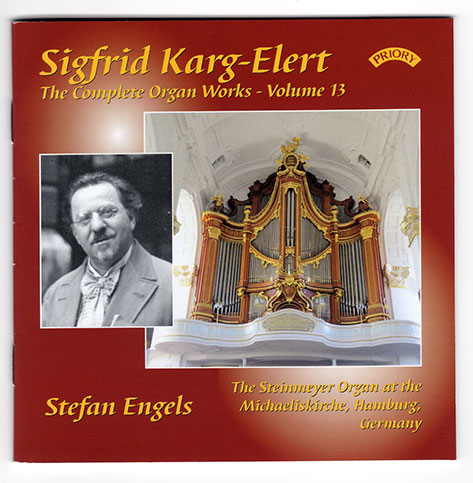