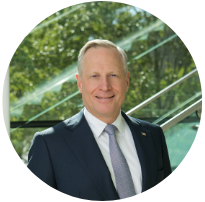 From the first global circumnavigation by helicopter to countless campaigns of giving, Ross Perot, Jr. is known for his adventurous spirit and for leading by example. Ross was the youngest aviator to have his aircraft on permanent display in the Smithsonian Air and Space Museum since Charles Lindbergh.

Ross’ commitment to the public good reaches across Texas and our nation, touching countless individuals and organizations. His quiet but profound leadership has been instrumental in addressing social challenges through the Sarah and Ross Perot, Jr. Foundation. The family and Foundation provide support for education, arts and culture, patriotic philanthropy, and religious organizations that frequently go unnoticed. Their leadership has been instrumental in supporting the mission of St. Mark’s School of Texas, SMU, TCU, the Episcopal School of Dallas, and civic programs at the AT&T Performing Arts Center, North Texas Food Bank, the Dallas Symphony Orchestra, and the Perot Museum of Nature and Science. The family also invests in civic organizations including Austin Street Center, Boy Scouts of America, and The Gatehouse Shelter for Women and Children and human services organizations such as The Salvation Army.

In recognition of his civic and philanthropic contributions to our city state and nation, in addition to his lifelong commitment to ethical leadership practices, the Maguire Center for Ethics and Public Responsibility was honored to recognize Ross with the 2020 J. Erik Jonsson Ethics Award. 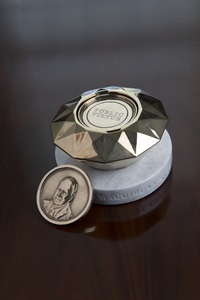