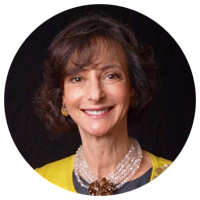 The Maguire Ethics Center was delighted to award Nancy Strauss Halbreich, a dedicated and tireless philanthropist in the Dallas community, the 2019 J. Erik Jonsson Ethics Award.

Nancy Halbreich is a Dallas native with a special interest in the cultural and educational community. Her philanthropic reach across the community has touched countless individuals and organizations.

Halbreich currently serves as a board member of the Dallas Museum of Art, SMU’s John Tower Center for Political Studies, the SMU Maguire Center for Ethics and Public Responsibility, The Peter O’Donnell Jr. Brain Institute at UTSW, Charter 100, Southwestern Medical Foundation, and Parkland Foundation. Halbreich is a trustee of the Hamon Foundation and a past trustee of The Hockaday School. She is a member of the AT&T Performing Arts Center emeritus board and a trustee of their Endowment Foundation. She is a member of Crystal Charity Ball, Dallas Woman’s Club, Junior League of Dallas and many other civic and charity groups.

Halbreich has chaired many fundraising events including The Arts Community Alliance’s 20th Anniversary Celebration, Dallas Museum of Art’s Silver Supper, and the Sweetheart Ball funding cardiovascular research at the University of Texas Southwestern Medical Center. She has long drawn attention to the critical role Parkland Hospital plays in the Dallas community, having recently co-chaired the “I Stand for Parkland” Campaign to build the hospital’s new campus, as well as co-chaired the recent campaign to build Parkland’s new Comprehensive Breast Center.

Several organizations have honored Halbreich with their respective awards. In 1998, she received the Community Council of Greater Dallas’ Community Champion Award. Also, she received Dallas Historical Society’s Award of Excellence for Voluntary Community Leadership and was a finalist for “Love for Kids” Award for volunteers. She received the VolunteerNow Lifetime Achievement Award in 2012 and the Volunteer Fundraiser of the Year Award from the NSFRE in 2015.

After a 19-year association with Sotheby’s as a regional associate and international representative, Halbreich was named a senior associate of Fine and Decorative Arts at Heritage Auction Galleries in 2007. Halbreich received her Bachelor of Arts in Art History from the University of Texas at Austin and pursued a Masters in Liberal Arts at Southern Methodist University. She is married to Jeremy L. Halbreich.